Drushyam 2 released: Here’s how Tweeple are reacting to crime drama 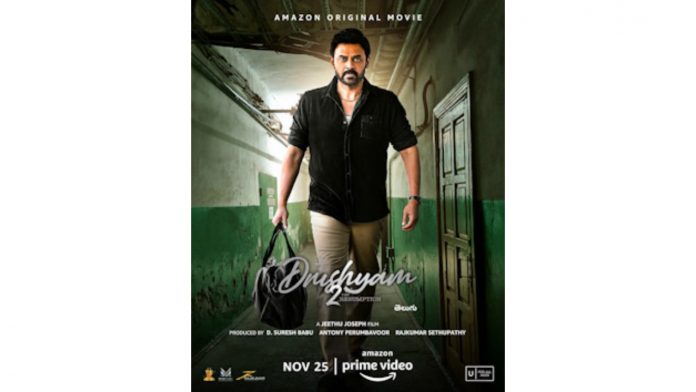 Drushyam 2: The Resumption is a Telugu language crime drama that is a remake of the Malayalam film Drishyam 2 released in February 2021 and a sequel to Drushyam (2014). Venkatesh Daggubati played the lead role in the Telugu remake of the Mohanlal-starrer Malayalam film.

The film got premiered on November 25th on Amazon Prime Video and since then it is receiving positive comments and reviews from the audience and the critics.

The film directed by Jeethu Joseph has garnered a lot of attention from the masses. The reviews are largely positive as social media users can’t stop praising the venture and are being impressed by the work done by the cast.

Fans are loving the movie and its storyline and most importantly maintaining the suspense till the end.

Unlike other movies which are available on OTT platforms during the day, Drushyam 2 was released at the midnight itself. Venkatesh took to Twitter to share the promo and the announcement of the film with his fans. He captioned the tweet as Twice the mystery. Twice the suspense and further added that this film is theirs to defend.

Midnight release didn’t come as a drawback for the directors, producers and the cast of the film because many watched the movie in the wee hours itself. And people couldn’t stop praising and started commenting like blockbuster, masterpiece, classic suspense thriller, out of the box and next-level movie.

One of the users also commented that this movie is one of the greatest thrillers with twists in India.

Here are some reviews of Drushyam 2