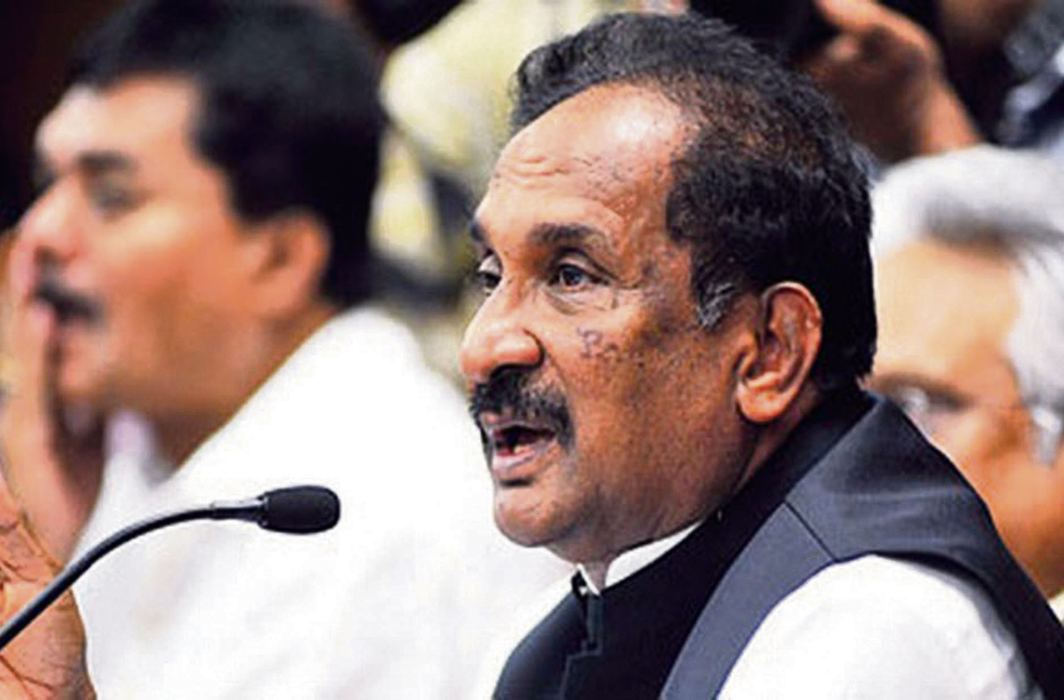 KJ George is accused No.1 while Pronab Mohanty and AM Prasad are accused No. 2 and 3 respectively.

Days after the Supreme Court issued directions to probe the death of a police officer, CBI on Thursday registered a case against Minister for Bengaluru Development and Town planning KJ George and two senior IPS officers on the charges of abetment of suicide of Dy SP M.K Ganapathy in July last year.

According to CBI’s First Information Report dated October 14, 2017, George is accused No.1 while Pronab Mohanty and AM Prasad are accused No. 2 and 3 respectively. The FIR was registered by CBI’s Chennai office.

Ruling out any possibility of resignation, George said, “It is a continuation of the old case and the FIR does not have any standing considering that the CID has already filed a ‘B’ report. It is a politically motivated attack, tell me why should I (resign)? This is not a fresh complaint against me.”

“Yeddyurappa has asked my resignation a hundred times previously, but that doesn’t mean his demand carries any validity . Let the CBI do its job and submit its report in three months and I’ll react then,” Bengaluru in-charge minister KJ George said after he met Chief Minister Siddaramaiah, late Thursday.

Meanwhile Siddaramaiah on Friday clarified that it was not required for the Minister to resign as there was no fresh FIR against him.

“Since it is an old FIR already registered and a continuation of the FIR registered in Kushalnagar there is no necessity and the situation does not warrant the resignation of George,” the Chief Minister said.

Ganapathi, then Dy SP Mangalauru, in an interview to TV channel had taken the name of George and IPS officers Pronab Mohanty and AM Prasad while accusing them of harassing him. An hour later, he committed suicide.

The opposition BJP has threatened to launch an agitation if the Minister who had earlier resigned in 2016 does not tender his resignation again. Earlier the Minister had to resign after an original FIR was registered against him on the basis of court complaint by Dy SP Ganapathy’s son Nehal Ganapathy.

The Minister was later reinstated in the government after CID which was entrusted to probe the suicide of Dy SP M.K Ganapathy did not find any evidence to suggest that George and two senior police officers were involved in the abetment of the suicide.

Later, Ganapathi’s father had approached the Supreme Court, seeking CBI’s probe into the matter. The apex court on September 4 directed the CBI to take over the case.