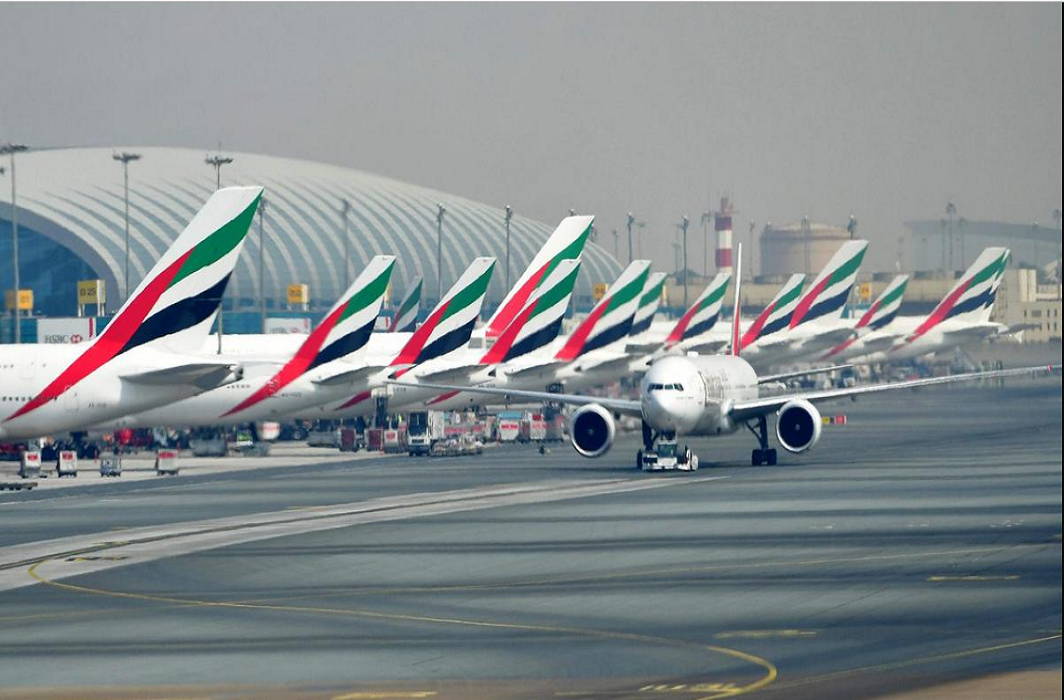 Yemen’s Huothi controlled Air Force of the Yemeni Army and Popular Committees have claimed of undertaking special operation targeting the landmark Dubai airport on Monday evening by a drone known as Sammad 3. However, UAE has denied the attack claiming that “operations were unaffected”.

It further said that this is the first time that the Houthi controlled “Yemeni Army and Popular Committees targeted the economic capital of the UAE, in response to its major participation in the US-Saudi aggression against Yemen”.

Another Almasirah report referred to the websites and sources monitoring air traffic delays, takeoffs and landings of airplanes at Dubai International Airport revealing “multiple flight delays, in conjunction with the announcement of the Air Force targeting the airport by a Yemeni made drone, Sammad 3”.

The report further said that Fly Radar, a website monitoring navigation and traffic control, reported a gradual decline in navigation traffic in the meantime.

Tehran based Press TV, quoted Abdullah al-Jafri, a spokesman for Houthi controlled air force and air defense saying that the drone attack had halted flights to and from the airport. He said that Yemeni forces will target the infrastructure of the countries that have taken part in the aggression against Yemen in future attacks.

Saudi Arabia and its allies, including Gulf Cooperation Council (GCC) member countries, US and allegedly Israel, launched a devastating military campaign against Yemen in March 2015 with the aim of bringing the government of former president Abd Rabbuh Mansur Hadi back to power and crushing Houthi Ansarullah movement, alleged to be enjoying Iranian support. Hadi and his cabinet ministers are currently based in Riyadh.

Moreover, on Saturday Houthi controlled media released a footage showing US giant military plane refueling two Saudi jets midair in the country’s West Coast. The report further said that the scenes captured in the video demonstrate the direct American participation in the aggression against Yemen and highlights the nature of their involvement in killing its civilians.