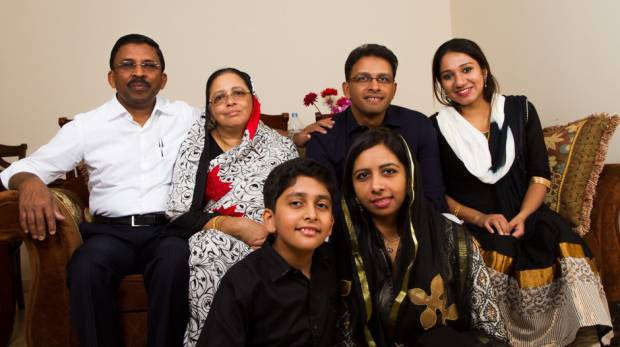 DUBAI: A Dubai resident has turned to the social media to find his long lost relatives from Sri Lanka so he can “find closure” to the case of his late mother who, he alleges, was “kidnapped” at the age of seven.

Indian businessman KH Wahabuddin, 67, claimed his mother Sauda Ummal was brought to Kerala in India by her grandfather from her Sri Lankan home, unknown to anyone else in the family, in 1914 when she was just seven years old. “She was subsequently married off, although she became estranged from my father later,” he said.

Wahabuddin said, “My mother led a life of seclusion and depression due to her circumstances and didn’t quite recover till her death in 1984. I have long been trying to trace some relatives in Sri Lanka so I could ascertain the facts. A recent story of a Sudanese brother and Indian sister reuniting through the social media rekindled my hopes. So I asked my daughter Harida to put up a Facebook post about my mother’s story. If we get any leads, it will help provide closure to a case of lifelong suffering.”

Wahabuddin said his great-grandfather Syed Mohammad, who hailed from a small village called Edava in Kerala, migrated to Galle in Sri Lanka around 150 years ago. He married a Sinhalese woman and they had seven sons and a daughter.

He said his mother Sauda was the only child of Mohammad’s daughter. But she became orphaned some years later, following which she lived under the guardianship of her uncles.

Precious to the family

Meanwhile Mohammad had returned to Edava where his family kept insisting he bring back his grand daughter Sauda. According to Wahabuddin, Edava followed Marumakkathaayam, a system of inheritance in which descent is traced by females. “Under these circumstances, my mother Sauda was precious to the family. So my great grandfather (Mohammad) travelled to Galle and kidnapped her when she was returning to one of her uncle’s houses from school. She was too young to react or know what was going on,” he alleged. “From what my mother has told me, her uncles in Galle believed she had gone missing but gave up searching for her with time. Little did they know she was in a new country.”

Wahabuddin said Sauda was later married off to a man of the family’s choice. “But she was not allowed to join her husband (my father) when he went to Singapore or stay with him even after he returned to Kerala . In the Marumakkathaayam system, a man who gets married lives in the girl’s house rather than the other way round, so the family tradition is carried forward by the girl. But my mother’s case was different. My father eventually remarried and moved on with his new family.”

Wahabuddin said, “My mother’s troubled childhood and subsequent developments took a huge toll on her health. She suffered from epilepsy and was a quiet, withdrawn woman who often seemed to be in a trance. She died in 1984.”

Wahabuddin’s son Dr Shaji said his father had been looking for his Sri Lankan relatives ever since he could remember. “My dad came to Dubai in 1978. Ever since, he has been asking every Sri Lankan he meets if they are from Galle. With the tsunami of 2004, his dreams of finding his relatives were shattered as almost half of Galle was destroyed.”

Now after many years, the family’s hopes have been revived thanks to the social media.

Wahabuddin’s daughter Harida posted her grandmom’s story on Facebook on her father’s request on September 3. She said the post has already received several shares and she is being asked to join Facebook community forums in Sri Lanka. “People have told me I resemble my grandma. Hopefully, some relative back in Sri Lanka will also see the resemblance and help us connect the dots.”