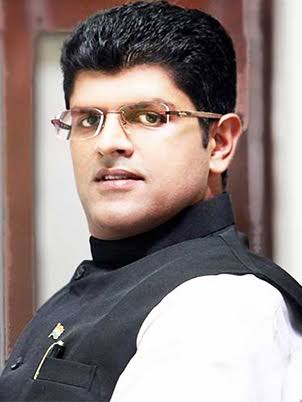 The Indian farmer constitutes 40 per cent of the country and an even higher percentage of its poor and as the available data points out, is under immense stress. The modernization of the central farm laws is nothing but an adaptation of provisions which already exist in many states, including Punjab and Haryana. How come the three acts become anti-farmer in some states and why not in many others is something the activists themselves cannot explain.

Big states like Uttar Pradesh, Bihar, Maharashtra, West Bengal, Rajasthan are not even a part of the farmers’ agitation and there is no protest against the central or state government in these states, despite the fact that BJP is not in power in some of these states. More importantly, some agriculturists and several economists have been campaigning for abolishing MSP based procurement as it is unfairly tilted towards a few states like Punjab.

The Central government has neither abolished the MSP nor does it say anything against it in the laws. If, despite this, the impression is being spread that MSP is to be abolished, this is clearly mischievous. The activists are not only spreading the misinformation about the MSP abolition but they are asking for an unreasonable clause in the law for unlimited MSP based procurement which was never a part of the previous laws related to agriculture and APMC acts.

The Indian farm bills are in line with international precedence wherein a number of developing economies have been making changes to their agriculture policies since the 1990s to encourage private sector involvement which would provide a major fillip to the sector. The International Monetary Fund has also backed the recent farm acts as being an important step in the right direction. Despite all the supportive arguments in the favour of the laws, India has seen unprecedented protest in and around the capital as a result of political vendetta.

Raising the farmer’s issues should be an act done collectively but the state farmer activists are trying to establish a monopoly in the leadership. They are not even active in all the parts of the state, but targeting only those districts with paddy belt of cropping pattern. Most of them are politically motivated.

In an interview given to NDTV, Yogendra Yadav came out as an aspiring candidate for Haryana CM post and he was advertised as the most fit politician for the position. He formulated his own party, ‘Swaraj’, after being expelled from AAP and lost badly in polls. It is a proof that he lacks mass support. A report by Divya Bhaskar states that farmer leader Gurnam Chaduni was accused of teaming up with political parties like Congress, AAP, SAD and some independent leaders and getting into a deal worth Rs 10 crore to topple the Khattar government in Haryana in return of Congress ticket for elections. There are allegations that Chaduni is collecting funds out of the collection drive for protests and hiding the funds from other leaders. He was also blamed for instigating farmers to disrupt the January 26 celebrations at the Red Fort. Haryana CM Khattar held Chaduni responsible for instigating the farmers that led to clashes between farmers and police at Karnal just before the Kisan Mahapanchayat programme. As a result of his politically motivated efforts, Chaduni was suspended by Samyukt Kisan Morcha from meeting politicians across country. In the 2019 assembly elections, Chaduni contested from Ladwa as an Independent candidate, but suffered a heavy defeat, garnering only 1,307 votes and losing his deposit.

Yogendra Yadav and Gurnam Chaduni are mere examples of how election failures like themselves are trying to garner the support of the commoners for their own political resurrection. The claim of being a leader of the farmers is in contravention with the inconsiderable support both Yadav and Chaduni got in the polls. The Shiromani Akali Dal that left the NDA government in the pursuance of state elections and under the disguise of farmer’s demands has made zero impact on the political ground of Punjab. Their biases can not only be seen from their actions but their cause and concern for two states out of 28. The threat posed by leaders like these to the democratic process of passing of a bill can be seen through the factual analysis of what the laws actually say versus the intentional misconceptions spread by such leaders.

Since an unlimited MSP based procurement is not in the law even today, it is not clear how this is even an issue. More importantly, putting this in the law means India will get tied to distortions that MSP based prices cause in perpetuity. The government has made it clear that procurement at MSP will continue and also that the mandis will not stop functioning. Farmers will have the option to sell their produce at other places in addition to the mandis. It is worth noting that only 6% of farmers actually sell their crops at MSP rates, according to the 2015 Shanta Kumar Committee’s report using National Sample Survey data. There are fears that contract farming will lead to land loss of the small and marginal farmers to big corporates. However, adequate protection of land ownership is in place to protect farmer interests. The act explicitly prohibits any sponsor firm from acquiring the land of farmers – whether through purchase, lease or mortgage. The point to note is that contract cultivation is voluntary in nature and farmers cannot be forced into an agreement.

How Dushyant Chautala is taking initiatives for farmers

Dushyant Chautala is the only state leader who has met Central leaders regarding the farmer demands – Prime Minister, Home Minister, Agriculture Minister along with other cabinet ministers Nitin Gadkari and Piyush Goyal. No other leader in India has met them specifically for farmers’ demands. That shows the concern and responsibility on the part of the JJP leader who is a leader of the masses.

In April 2020, Deputy CM Chautala addressed that the state government will procure the crops of the farmers in a better way while saving the state from the corona epidemic. As a result of this, even in the pandemic situation, mandis have been increased to 162 from 67 for the purchase of mustard at MSP. Haryana is the only state across the country which has started procurement of mustard crop in this pandemic. In November 2020, Dushyant assured the farmers that government will buy every grain of the crop. He made procurements for non-MSP crops to get the rate of MSP crops. He also announced formation of women Self-Help Groups in all villages on the lines of successful initiative in Hisar, to increase employment opportunities for women and showcase their talent at international level.

In February 2021, Dushyant made the announcement to buy 6 crops including wheat, mustard, pulses, sunflower, gram at MSP, barley is included for the first time. Haryana is the first state to offer MSP for barley. Every farmer is to be registered on the ‘Meri Fasal Mera Byora’ portal at MSP and payment amount will arrive in the farmer’s account within 48 hours. Along with recent announcements, the schemes like Mukhyamantri Parivar Samman Nidhi Scheme, Haryana Agricultural Machinary Grant Scheme, Pragatishil Kisan Samman Yojana, Pragatishil Kisan Trainer and Kisan Mitra Scheme to promote the inclusive growth of farmers in Haryana.

The main agenda of ongoing agitations

Amidst all the chaos, the agitations by activists like Yogendra Yadav and Gurnam Chaduni are for targeting Deputy CM Dushyant Chautala. It is a matter of record that many times they carried protests outside his residence and their intention and cause are suspicious to the core as they did not target any other leader in power like this.

The agitations in Haryana are mainly against the JJP and specifically targeted towards the leadership of Deputy CM Dushyant Chautala. The attempts of the farmer leaders to make Dushyant Chautala resign from the government are nothing but petty politics to destabilize the state government. If the threat to farmers is real, why the cause of the farmers is not taken up by the farmers from masses than some farmers from selected areas and that too under the leadership of politically motivated specific leaders only who have ties with the parties who are eyeing the upcoming elections?

Read Also: Due to gradual increase in availability of vaccines, all adults can be vaccinated by December-end: NK Arora

The high-pitched farmer agitation is not just based on incorrect perceptions of what the new farm laws will result in – the abolition of APMC mandis and MSP-based procurement – they are also not about protecting the farmer in the long run. The agitation is purely an attempt to corner the stable functioning state government, to boost the sagging political fortunes of the activist leaders by deliberately misleading farmers, to run a personal vendetta against a young and dynamic leadership of Dushyant Chautala who is making efforts for the farmers and to give chance to Congress to come in power. That is why, before the activists decided to fuel the agitation, they focused on batting for spreading misinformation, have nothing to say about non-MSP crops/livestock in the state and have no future agenda for the inclusive growth and development of farmers. And to make the matters worse, they are trying to provoke the masses against the people in power for their vested political interests.

Bangladesh beat Papua New Guinea by 84 runs to qualify for super-12 of T20 World Cup 2021. With this win Bangladesh moved to the top of table in qualifying group B. Star all-rounder Shakib Al Hasan stole the show with his all-round performance.
Read more
Load more