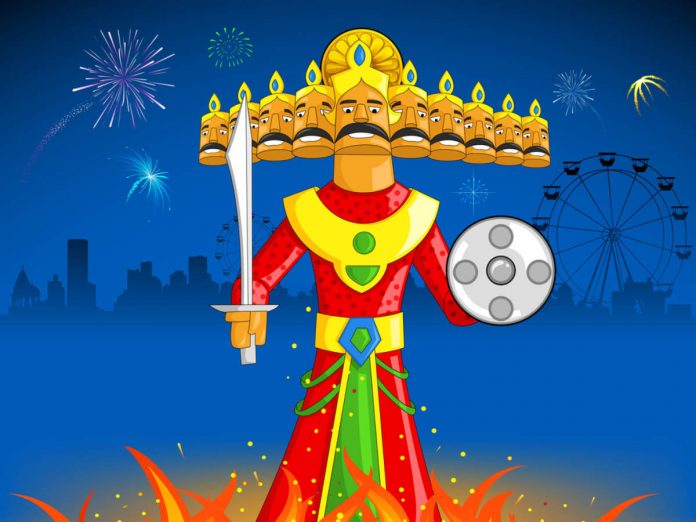 The festival of victory of good over evil, Dussehra is around the corner. This festival is also known as Vijayadashami. It is one of the major Hindu festivals which is celebrated with great enthusiasm across the country. This year, Dussehra is on Friday, October 15. Dussehra marks the end of the nine-day festival Navratri and it also signifies the victory of good over evil as Lord Rama defeated the Lanka King Ravana. People also celebrate the victory of Goddess Durga as she defeated the demon Mahisasur, on this day.

The name Dussehra is derived from the Sanskrit word (Dasha) which means ten-headed and (Hara) which means defeated. This festival signifies the victory of Lord Rama over the Ravana. Dussehra or Vijayadashmi is celebrated on the 10th day of the Ashvin month of the Hindu calendar. It also marks the end of the nine-day Navratri festival. Dussehra for many people means the beginning of the Diwali festival.

How do people celebrate Dussehra?

People celebrate Dussehra with full zeal and zest. Hindu devotees from the north side, people present Ramleela, and they enjoy the mela that is organised to celebrate the killing of Ravana. Whereas, in West Bengal people celebrate the victory of goddess Durga over the demon Mahishasura.

What are the auspicious timings of Dussehra?