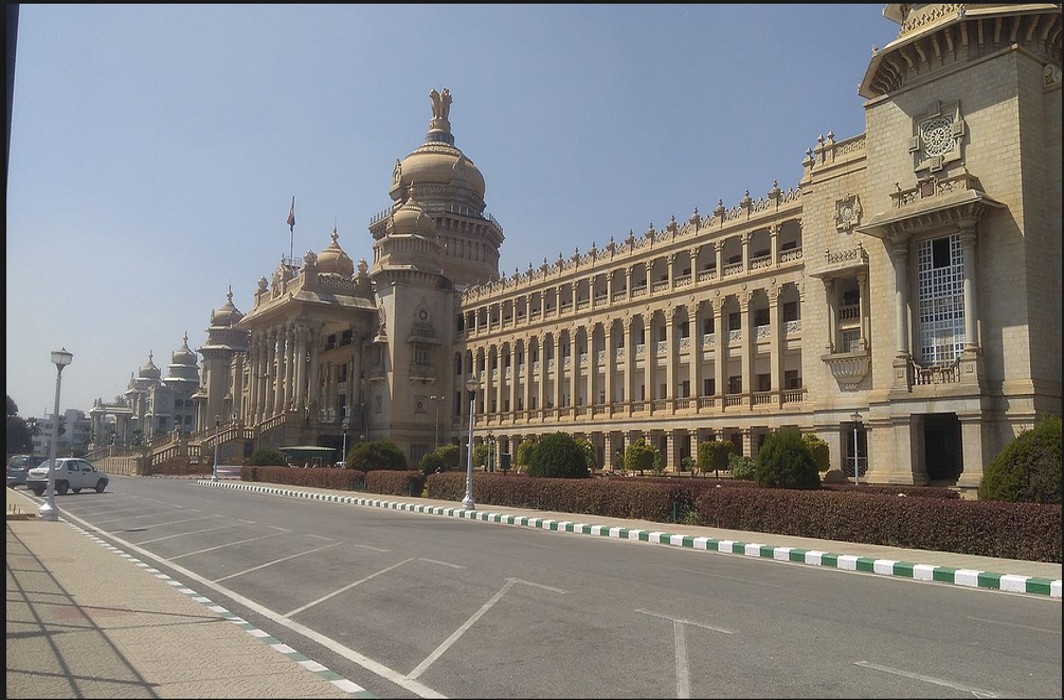 Elections to Karnataka state assembly will be held in a single phase on May 12 and the results will be declared on May 15, announced the Election Commission on Tuesday, March 27.

The model code of conduct comes into force with immediate effect. The term of the 224-member Karnataka Assembly expires on May 28. At present, the state is under Congress government which has 122 seats in the state assembly against BJP’s 43.

The BJP is going all out to regain the only south Indians state where it has held power. It has projected former chief minister BS Yeddyurappa as its chief ministerial candidate, making an exception to its rule of retiring those above 75 years old from formal party or government positions. The Congress is going to polls with present incumbent Siddaramaiah as its CM face.

Before the EC could announce the dates at the press conference called by Chief Election Commissioner OP Rawat, the news broke of BJP IT cell chief Amit Malviya tweeting the dates.

Angry reactions followed, reporters questioned the CEC Rawat about the ‘leak’. Rawat said the matter would be investigated and action taken.

“Strict legal and administrative action will be taken on the leak of information,” Mr Rawat said. He had earlier seemed to imply to reporters that since the date of the results was wrong, it didn’t count as a leak. “We won’t comment on changing date because of a leak. The decision was just taken. They were wrong about counting date so it’s wrong to say they were prepared beforehand,” the CEC was quoted as saying by The Hindu.

The Indian Express reported, quoting EC sources, that probe on poll date leak was likely to be referred to IB & CBI.

As reactions to the ‘leak’ poured in, Amit Malviya quickly deleted his tweet, which had the date of counting wrong. The Karnataka results will be announced on May 15. The deleted tweet had it as May 18.

BJP becomes the ‘Super Election Commission’ as they announce poll dates for Karnataka even before the EC.

Credibility of EC is on test.
Will EC now issue notice to BJP President, Amit Shah & register an FIR against BJP IT Head for leaking EC’s confidential information? pic.twitter.com/i3vU2iJpjH

It soon emerged that the Congress’s social media in-charge in Karnataka put out a tweet at the same time – 11.08 am – a good 15 minutes before the announcement.

Asked about his “scoop”, Malviya credited the information to a television channel.

AltNews reported that it was TV news channel Times Now which had announced the dates a minute before Malviya.

Pratik Sinha, who runs AltNews, tweeted: It was @TimesNow that announced the Karnataka poll dates before @malviyamit did. Amit’s tweet is at 11:08, Times Now broke it at 11:06/11:07.

It was @TimesNow that announced the Karnataka poll dates before @malviyamit did. Amit’s tweet is at 11:08, Times Now broke it at 11:06/11:07. pic.twitter.com/vJwkKrZOao

Both relied on Times Now it seems