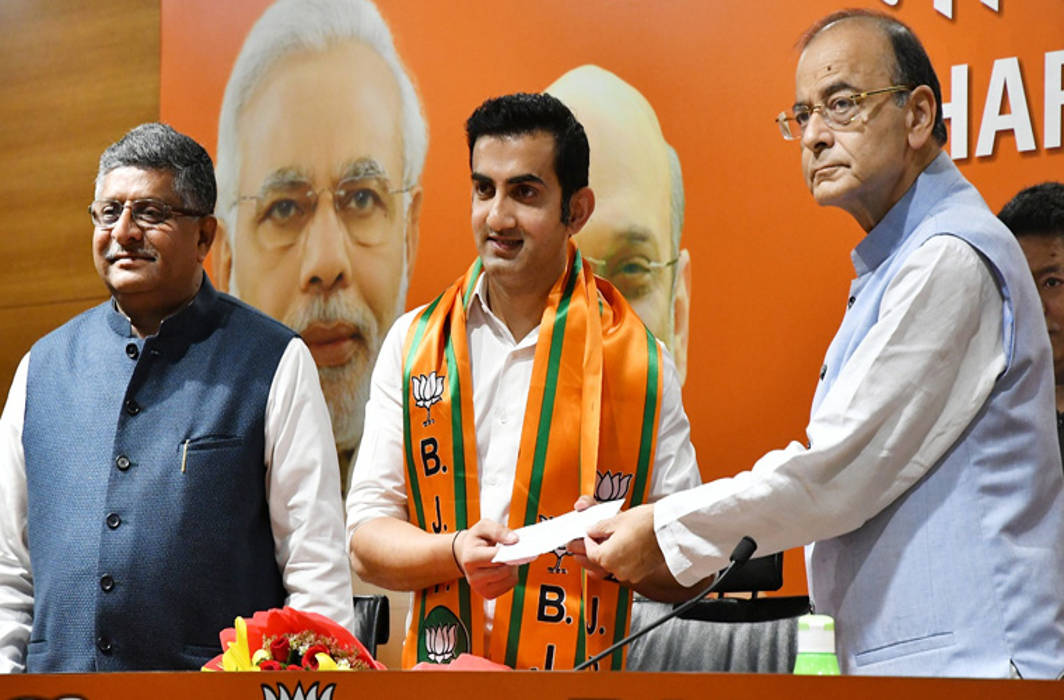 The Election Commission has asked the Delhi Police to register an FIR against Bharatiya Janata Party (BJP) leader Gautam Gambhir for violating the Model Code of Conduct after he reportedly held a public meeting without permission.

East Delhi Electoral Officer K Mahesh on Saturday asked Delhi Police to register an FIR against Gautam Gambhir for rallying without permission from the commission in Jungpura on April 26.

Gautam Gambhir is BJP’s candidate from the East Delhi constituency.

Earlier, Gambhir landed in a controversy after AAP leader Atishi filed a complaint against the former cricketer and BJP candidate Gautam Gambhir for allegedly enrolling as a voter in more than one constituency in violation of the Representation of the People Act (RPA).

Atishi also addressed a press conference to disclose the details of her complaint. She took to the Twitter too to state that Gambhir committed a “disqualifiable offence”.

She also urged voters not to vote for the BJP candidate, saying he would be “disqualified sooner or later for having two Voter ID cards!”

I have filed a criminal complaint against the BJP candidate from East Delhi Gautam Gambhir over his possession of two voter IDs in two separate constituencies of Delhi, Karol Bagh and Rajinder Nagar. #GambhirApradh pic.twitter.com/tYM6QVcFul

The AAP candidate submitted that as per Section 17 of The Representation of the People Act, 1950, no person can be enrolled as a voter in more than one constituency and doing so is a criminal offence punishable with imprisonment up to one year or a fine, or both.

Sections 17 and 31 of the said Act are reproduced below:

Atishi claimed that despite the law, Gambhir continues to provide false information and declarations to authorities like the Election Commission of India, in order to remain enrolled as a voter in two constituencies.

‘Gambhir concealed the fact that he is registered in two constituencies’

She claimed that in his nomination filed at the district magistrate’s office in Shastri Nagar, on April 23, Gambhir concealed the fact that he is registered in the two constituencies “perhaps because he feared that the same would disqualify him from contesting elections”.

“By only submitting the electoral roll of only AC-39, Rajinder Nagar in PC-04, New DelGambhi, NCT of Delhi, the accused deliberately gave false information to the Returning Officer that he is enrolled from only a single constituency,” the affidavit stated.

Her affidavit elaborated, “Section 33 of the said Act imposes requirements on candidates to file nomination papers and in cases where a candidate is contesting in a constituency other than where they are registered to vote, to also disclose proof of voter registration at the time of scrutiny by the Returning Officer. Further Section 33A of the said Act requires candidates to file accompanying affidavits inter alia verifying information provided in nomination papers.”

As for Section 125A of The RPI ACT, it stated that this section “makes it a criminal offence to conceal information or provide false information in the Nomination Paper and Affidavit filed in terms of Sections 33 and 33A of the same Act.”

The court will be hearing the plea against Gautam Gambhir on May 1.

(With Inputs from ‘The Wire’)