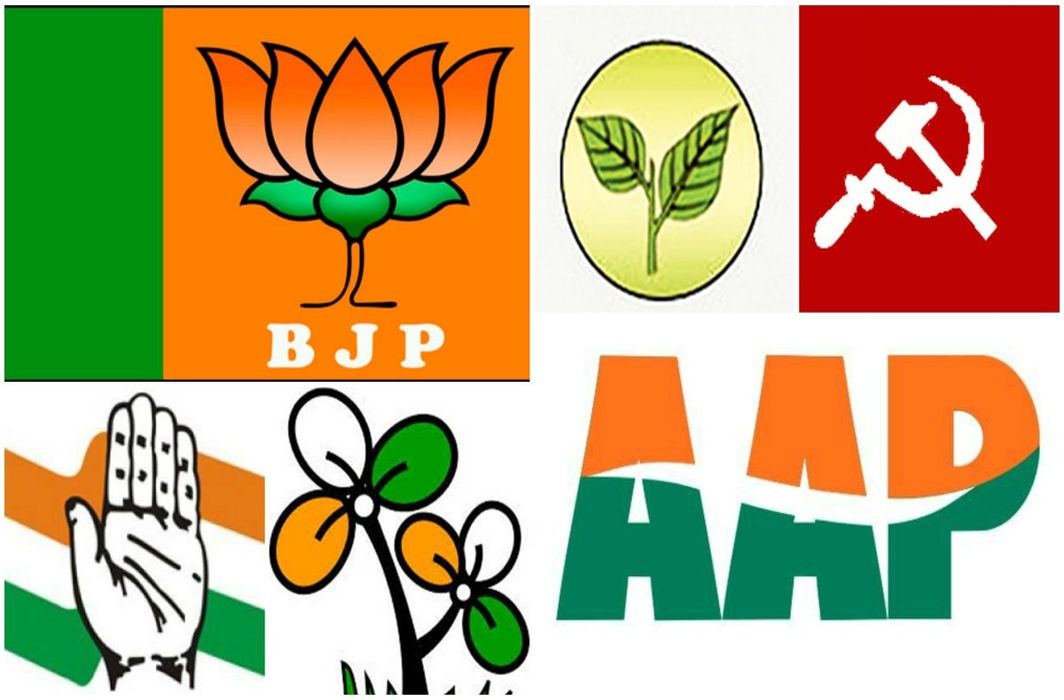 The Election Commission (EC) has said that it would provide a “satisfactory solution” to concerns of political parties about the electronic voting machines (EVMs).

Many opposition parties led by the Congress had demanded return to the ballot paper system at an all-party meeting convened by the EC.

Briefing journalists after the meeting with political parties, Chief Election Commissioner (CEC) OP Rawat said, “We will definitely look into all the suggestions given by them and there will be a satisfactory solution to them.”

Seven recognised national parties and 51 recognised state political parties were invited for the meeting. Out of the total 58 parties, 41 attended it.

Though EVM tampering and VVPAT glitches were not on the agenda, representatives of the Congress, Nationalist Congress Party, Bahujan Samaj Party, Samajwadi Party, Aam Aadmi Party, Trinamool Congress, Janata Dal (S), BJP’s estranged ally Shiv Sena, Communist Party of India, CPI-M and Forward Bloc raised the issue. Many of them also suggested going back to the ballot paper system, representatives of parties and EC officials present in the meeting said.

Some parties also suggested that the number of constituencies where results of EVM and paper audit trail device are matched be increased to enhance the confidence of voters and parties in the reliability of the voting mode.

“Nothing final has been decided yet, but one way to allay fears is to increase the number of constituencies where EVM and paper trail machine results are matched,” a senior EC functionary said after the meeting.

Senior Congress leader Abhishek Manu Singhvi said the demand was made since there were doubts on the credibility of EVMs. He said the Congress’ stand was given in writing to the Election Commission (EC) many weeks ago and it was reiterated on Monday for the second time.

Singhvi said if the EC does not agree to revert to paper ballot, then it should adhere to the suggestion that in at least 30 per cent of the polling booths there should be paper trail of EVMs to check the authenticity of votes cast.

Responding to repeated questions on EVMs, Rawat said the EC takes a comprehensive view. “Some of the parties said going back to ballot is really bad as it will bring back booth capturing…we don’t want (that). At the same time, some parties said there are problems with EVMs, there are issues with VVPAT slip count so why not EC takes a call on this,” Rawat said.

Asked about the stand of the EC on EVMs and whether it remains the “same” as it was in the past, the CEC dubbed it as a “hypothetical question”.

In June last year, when the EC had invited parties to prove that the EVMs can be hacked, only two parties accepted the challenge but they too opted out of the event. As many as 13 parties had last year questioned the reliability of the EVMs.

Then Chief Election Commissioner Nasim Zaidi had maintained that the EVMs used by the EC were “non-tamperable” and with 100 per cent use of paper trail machines in all future elections the issue of tamperability of the machines “stands closed”.

The “failure rate” of EVMs in most elections has been 0.7 per cent, said a report in The Indian Express (IE).

EVMs were first used in election in India in May, 1982 in a Kerala byoll. But since there was no law prescribing its use, the Supreme Court struck down the election. The Representation of the People Act was amended in 1989 to allow use of EVMs. But a general consensus on its use was evolved only in 1998.

Over 11 per cent of the 10,300 VVPAT machines across 10 states had developed faults and had to be replaced during the bypolls on May 28 this year.

The BJP was the only party that opposed a ceiling on election expenditure of political parties.

BJP general secretary Bhupendra Yadav, who, along with Union Minister JP Nadda, represented the ruling party at the meeting, told The Indian Express that since all political parties have to declare their expenditure in their income tax filings, “usmein kisi prakaar ki capping nahi lagai jaani chahiye (there should be no cap on that)”.

Yadav said elections should be based on issues, and not on caste lines or “muscle power” or “criminal power”. The parties, he said, “should not be restricted”, rather “usmein zyaada se zyaada prachaar karne ka avsar aur suvidha deni chahiye (parties should be given more opportunities and facilities to advertise)”. He said there should be transparency in “crowd-funding”. In a statement, the BJP said “ECI may moot for better transparency than limit the expenses”.

The Congress made a strong pitch for a ceiling on party’s expenditure and offered a formula: multiply the limit of an individual candidate’s ceiling with the number of candidates a party fields. It also suggested a ceiling on advertisements across all platforms.

Currently, there is a limit on poll expenses by a candidate in the Lok Sabha and state assemblies but there is no limit on the expenses made by a political party during elections.

“Unregulated party expenditure is a dangerous proposition… There should be a ceiling on the expenditure by political parties,” Singhvi said.

AAP’s Raghav Chadha said that funding of polls, “how one political party has unlimited amount of resources, how that should be looked into,” was part of the party presentation. He said the issue of an overall limit on party expenditure was raised by a “lot of political parties”.

“You cannot have that X candidate is spending only 5 lakh rupees but the BJP or Congress or whichever party is spending 500 crore in that constituency,” Chadha said, adding that the “entire election process gets vitiated, and there’s no level-playing field”.

The Congress also raised the issue of electoral bonds, terming it “simply a legal channel for companies to round-trip their tax-haven cash to a political party”.

“You are actually making it much worse… You are in fact legitimising humongous amounts of donation without revealing the name of the donor,” he said.

The Congress, along with some other parties, also supported inclusion of the print media in Section 126(1)(b) of the Representation of the People Act, barring publication of election matter within 48 hours ending with the hour fixed for the conclusion of polling.

However, the BJP — in its written response to an EC questionnaire — said the print media, State as well as national newspapers, should be exempted from silent period proclamations.

The party said the single biggest challenge before the EC was to check “fake and duplicate voters” on the electoral rolls, claiming that in Madhya Pradesh, 60 lakh were suspect duplicate/fake entries and in Rajasthan, it was about 45 lakh. Both states go to polls later this year.

The opposition party further demanded weeding out of all duplicate and false voters from the voters list to ensure a free and fair election.

The Congress said this is a national issue affecting all political parties and therefore strict compliance is necessary.

The party has said that a comprehensive verification of voters must be carried out, preferably door-to-door, before the 2019 general elections as well an action plan to deal with the same must be prepared by the EC.