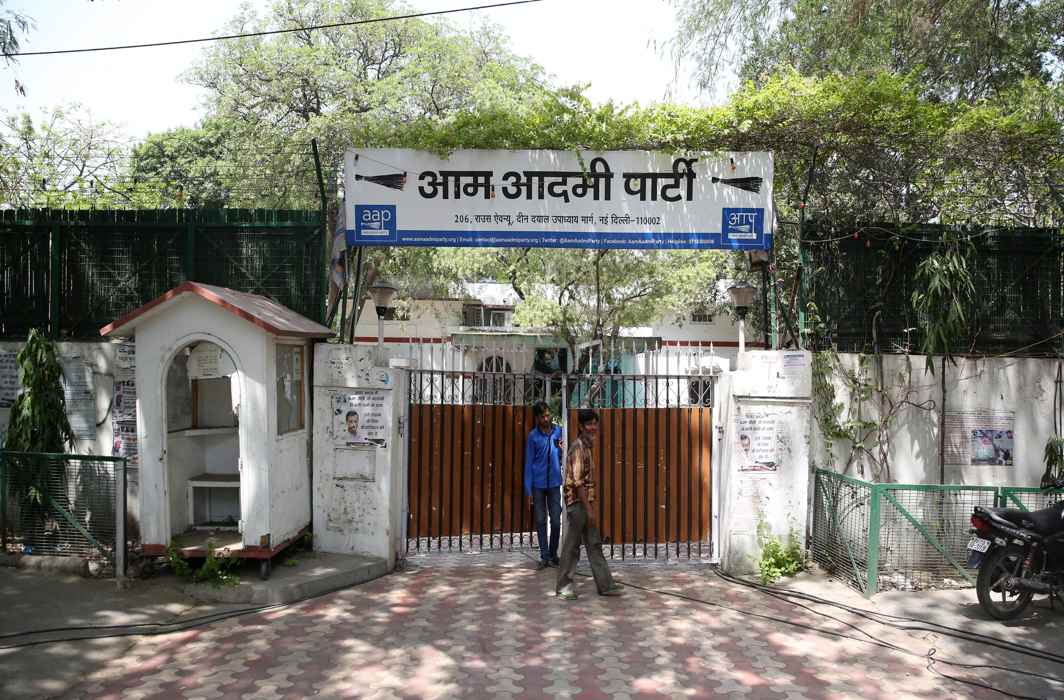 Disqualification of 20 MLAs will leave AAP with a reduced strength of 42 in the 70-member Delhi Assembly, still in majority, while by-polls would have to be held for the vacant seats.

The EC’s opinion has been communicated to the President just three days before Chief Election Commissioner AK Joti retires.

The President is bound to go by the recommendation of the Commission, reported PTI. In cases where petitions are made seeking disqualification of lawmakers, the President sends a reference to the EC which decides on the case by sending back its opinion.

Initially, the case was against 21 MLAs but it now stands at 20 after Rajouri Garden MLA Jarnail Singh resigned to contest against Parkash Singh Badal in the Punjab Assembly elections last year.

The EC has refused to comment on the development, saying that the matter is still sub judice. Sources confirmed that AAP MLAs including Madanlal, Nitin Tyagi, Rajesh Gupta have moved the Delhi High Court against the disqualification order by the Election Commission.

“It was only AK Joti, Election commissioner, who heard that matter. We were asked to give written submissions which we had done saying that whenever the order is passed, we should be informed about it. But the order came without any prior intimation to us,” AAP MLA Madanlal said.

Delhi chief minister Kejriwal and his party colleagues too have refrained from officially commenting on the issue, maintaining that they would first study the EC’s recommendation and the order of the President. Kejriwal has convened a meeting of his ministers and associates from the party to discuss the situation and prepare for the aftermath of the disqualification.

This must be the first ever recommendation in EC history where a recommendation has been sent without even hearing the main matter on merits. NO HEARING TOOK PLACE IN EC ON THE POINT OF OFFICE OF PROFIT

This must be the first ever recommendation in EC history where a recommendation has been sent without even hearing the main matter on merits. NO HEARING TOOK PLACE IN EC ON THE POINT OF OFFICE OF PROFIT

If the MLAs are indeed disqualified and AAP fails to get relief from the Delhi High Court against the order, Delhi will witness a by-poll for these 20 seats. The by-election would be a major challenge for AAP since it would come at a time when the party’s credibility will have taken a hit in wake of the disqualifications. The party is already facing an implosion of sorts ever since it declared its candidates for the forthcoming Rajya Sabha polls and decided to deny a ticket to founding-member Kumar Vishwas.

The legislators who have reportedly been disqualified were embroiled in a controversy over holding offices of profit allegations that had been made against many of them soon after they were elected to the Delhi Assembly in 2015 when AAP registered a historic win, bagging 67 of the state’s 70 seats. Lawyer and political activist Prashant Patel had claimed that since these legislators were also serving as parliamentary secretaries – an office for which the government pays a fixed salary – they ought to be disqualified on the grounds of holding an office of profit. The legislators had pleaded for the case against them to be dropped by the EC in June 2017, but their pleas were rejected.

In August 2017, the Delhi High Court had refused the MLAs’ plea for staying the poll panel’s order upholding maintainability of Patel’s petition despite quashing their appointment as parliamentary secretaries in 2016.

In October 2017, AAP had got a minor relief when President Ram Nath Kovind rejected a petition seeking disqualification of AAP MLA Surendra Singh for allegedly holding an office of profit after an opinion was given in the matter by the Election Commission. The petition against Surendra Singh had alleged that the AAP MLA had been earning a salary from the Public Works Department of the Delhi government as well as from New Delhi Municipal Council. President Kovind had, however, rejected the demand forSingh’s disqualification stating that the in the poll panel’s opinion Singh was not holding an ‘office’ under the government within the meaning of section 15(1) (a) of the Government of National Capital Territory of Delhi Act, as he was a member of the NDMC by virtue of the NDMC Act and the government had no role in the appointment or dismissal of such members.

While neither the EC nor the AAP have officially confirmed the media reports over these disqualifications, Delhi Congress unit chief Ajay Maken has been quick to assert that Kejriwal has “no right to continue” as the chief minister. In a series of tweets, Maken attacked the Delhi chief minister and said: “half of his cabinet ministers (have been) removed on corruption charges. 20 MLAs who were enjoying ministerial perks would be disqualified.” Delhi BJP chief Manoj Tewari also echoed Maken’s views and demanded Kejriwal’s resignation.

Meanwhile, AAP leader Saurav Bhardwaj hit out at Chief Election Commissioner AK Joti for indulging in a conspiracy to help the BJP in Delhi.