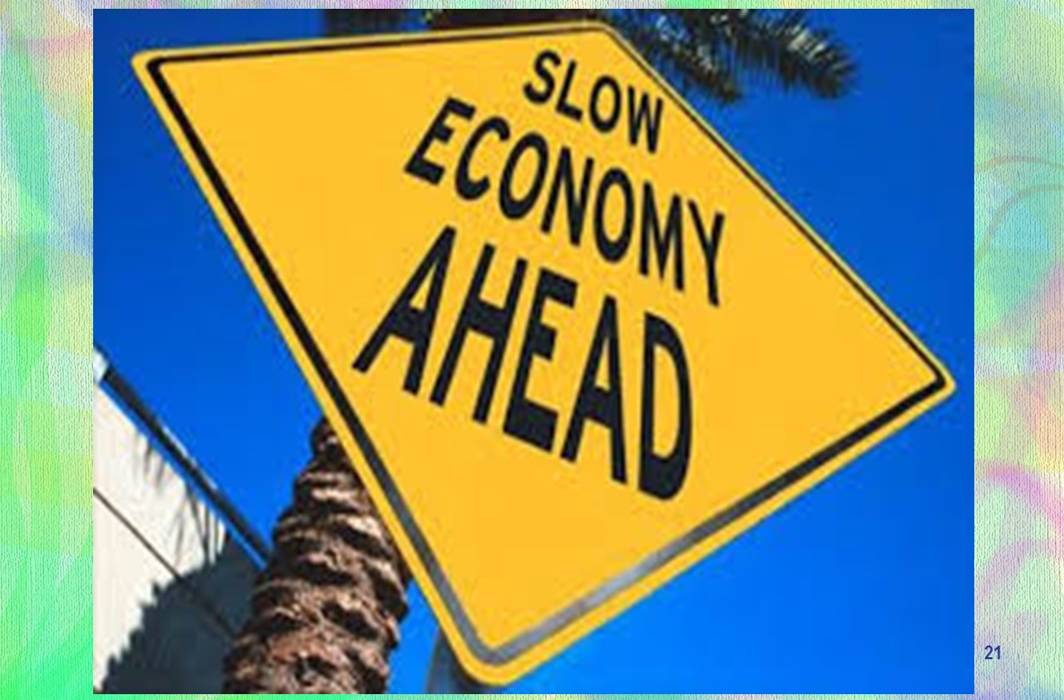 With the economy still struggling to return to previous levels, much less embark on the promised high growth trajectory, the Central Statistics Office (CSO) predictions of lowest GDP growth in four years invited vicious attacks on the Government from the Opposition.

On Friday, the CSO said that the country’s economy will slow down to 6.5% growth in 2017-18, lower than the year-ago period’s 7.1%. The government claimed this indicated that the economy was picking up from the 6% growth till September 2017 and would reach 7% growth rate in the second half of 2017-2018.

In a press release, the Congress party held finance minister Arun Jaitley and Prime Minister Narendra Modi responsible for “dealing a catastrophic blow to India’s growth story”. “‘Hype’, ‘Hyperbole’ and ‘Headline Management’ cannot be a substitute for grim reality on the ground,” it said.

The Congress also accused the Centre of ‘manufacturing international reports’ that talk of India’s positive economic growth. Last year, the Congress had questioned the reliability of the US-based international rating agency Moody’s upgrade of India’s sovereign rating from Baa3 to Baa2.

Senior Congress leader P Chidambaram cited GDP figures from the last three years to assert that there has been a slowdown in economy.

A day after estimates predicted a four-year-low growth of 6.5%, Gandhi took a jibe at Modi and Jaitley, saying that the fresh investment in the economy was at a 13-year low, bank credit growth at 63-year low, job creation at 8-year low, agriculture gross value added (GVA) at 1.7 per cent while fiscal deficit was heading for an 8-year high and projects were being stalled under the Modi government.

CPM, which called the government’s economic policies jumlanomics”. The CPM, too, was talking about what it believes is hyperbole on the part of the Narendra Modi government.

CPM leader Sitaram Yechury said that social harmony and amity are a prerequisite for economic growth.

“Social harmony and amity are a prerequisite for economic progress too. You can’t polarise a society and spread hate while seeking votes and hope for high economic growth,” he said in a tweet.

“Will Modi answer or will it be met with his usual tactic of going silent on issues that really matter? #Jumlanomics,” he said in another tweet.

GDP: The CSO said that the GDP growth rate was expected to slow to a four-year low of 6.5 per cent in 2017-18, the slowest in the four years since the Narendra Modi government took office mainly due to poor performance of agriculture and manufacturing sectors as economic activity was hit by the twin blows of demonetisation and implementation-related issues of the goods and services tax (GST).

The forecast shows economic growth slowing to 6.5% in the year to 31 March from 7.1% in the previous year, but it assumes that the economy is on a recovery path. The economy grew at 6% in the six months ended 30 September, indicating that it will accelerate to 7% in the second half ending 31 March, if the forecast proves true.

“GDP growth of 6.5% for 2017-18 implies growth of 7% for the second half. Confirms strong turnaround of the economy,” economic affairs secretary Subhash Chandra Garg said in a post on Twitter.

Nominal GDP, or gross domestic product at market prices, is expected to grow at 9.5%, slower than the 11.75% growth assumed in the 2017-18 budget. Nominal GDP will be used as the benchmark for most indices such as fiscal deficit in Union Budget 2018, to be presented by finance minister Arun Jaitley on 1 February.

Fiscal deficit: TCA Anant, chief statistician of India, said the lower-than-anticipated nominal GDP growth will lead to “marginal slippage” in the fiscal deficit target for 2017-18 — from 3.24% of GDP estimated in the budget to 3.29% — assuming the government borrows what it budgeted for the year.

Media reports said that since the government has increased its spending through supplementary demands for grants and has communicated that it may borrow Rs 50,000 crore more by 31 March, the actual fiscal slippage could be more. This would also jeopardise finance minister’s target of bringing down the fiscal deficit to 3% of GDP by 2018-19.

Agriculture: The pace of agricultural expansion is expected to fall by more than half (from 4.9 per cent in the previous year to 2.1 per cent in FY18) due to decline in kharif output year-on-year. The data also showed massive rural distress as the agricultural output inflation rate (measured by GDP deflators) is expected to fall to 0.7 per cent against 4.1 per cent over this period, a development that may set the direction for the Budget, which is less than a month away.

Manufacturing: Manufacturing is likely to decelerate sharply to grow at 4.6%, compared with 7.9% a year ago. While demonetization of high-value banknotes in November 2016 was expected to have disrupted supply chains in the informal economy, the complex filing procedures of GST and delay in refund of input credits may have impacted exporters and small and medium enterprises, forcing companies to pare production and stocks, leading to a decline in manufacturing activity.

Gross Value Added: The GVA growth is expected to fall to 6.1%, much lower than the 6.7% growth projected by Reserve Bank of India in its latest bi-monthly monetary policy review on 6 December. (GVA growth is a measure of economic growth which takes out the impact of subsidies and indirect taxes.)

Public expenditure, which was the driver of economic growth in the previous year, is likely to slow to 9.4% against 11.3% a year ago.

Electricity and trade & hotels sectors are the only ones that are expected to grow at a faster pace in FY18 compared with the previous financial year, at 7.5% and 8.7% respectively.

Tax revenue: The GST impacted net taxes and these are projected to grow only 10.9 per cent in the current financial year against 12.8 per cent in the previous year. The GST Council had cut rates for over 200 items in October and November, which might impact collections.

Investment: Investment seems to be reviving a bit with gross fixed capital formation forecast to rise by 4.5 per cent against 2.4 per cent.

Services: Growth in government-backed public administration, defence and others is pegged to fall by 9.4 per cent against 11.3 per cent in the previous year. Media reports said this means the government is controlling its expenditure to rein in the fiscal deficit, which has crossed the Budget Estimates by November itself. This dimension was also shown by government final consumption expenditure, which is projected to fall by more than half.

The other two segments of services, including financial services, are to grow higher.  However, none of the segments is projected to grow in double digits in the financial year. The same was the case in the previous year, barring government-supported services, according to media reports.