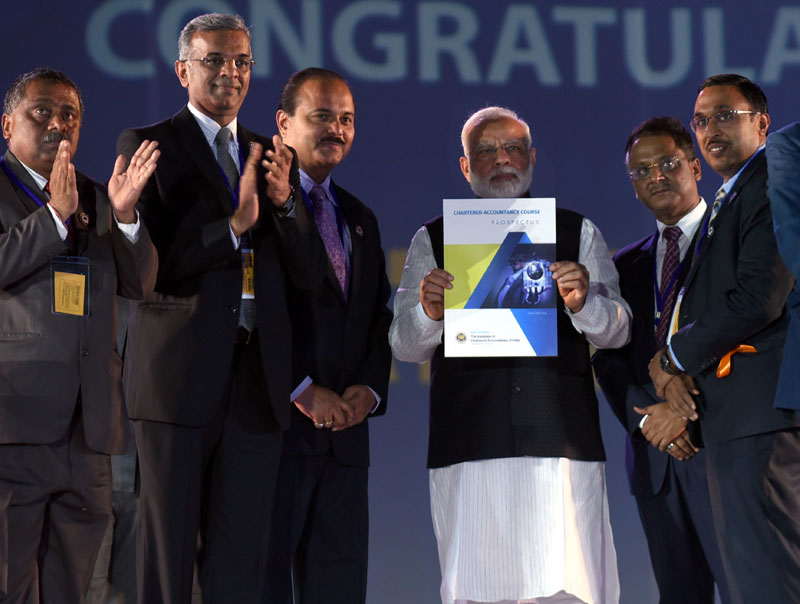 Prime Minister Narendra Modi has once again warned the black money hoarders of stringent action saying thirty seven thousand shell companies were identified for their involvement in tax evasion while three lakh others were under scanner for suspicious dealings after demonetization.

While addressing foundation day celebrations of Indian Institute of Chartered Accountants (IICA) on Saturday evening, Prime Minister said “I have launched the Swachh Bharat Abhiyan to clean up the country. I am also carrying out operations to clean the economy.”

He emphasized that it would become more difficult for people stashing funds in Swiss banks after automatic tax information exchange regime comes into force between India and Switzerland. He also said that Indians’ money parked in Swiss banks has dipped to a record low. However, he criticized previous UPA government saying that in 2013 the Indian’s money in Swiss Bank had sharp rise by 42 per cent.

Prime Minister also advised chartered accountants not to help entities in black money dealings. He said that he was told that chartered accountants cancelled their Diwali holidays due to work load in the post demonetization period. However he underlined their powers and responsibilities.  The government has cancelled registration of over one lakh companies in a single stroke, he informed.

Modi asserted that number of tax payers was very low in the country. He said “Only 3.2 million people in the country revealed that their income is more than Rs 10 lakh while 20.18 million people travelled abroad last year. Millions of vehicles are purchased in the country, but they don’t contribute to the exchequer. This is a matter of concern.” He advised people to pay taxes to contribute in the nation building.