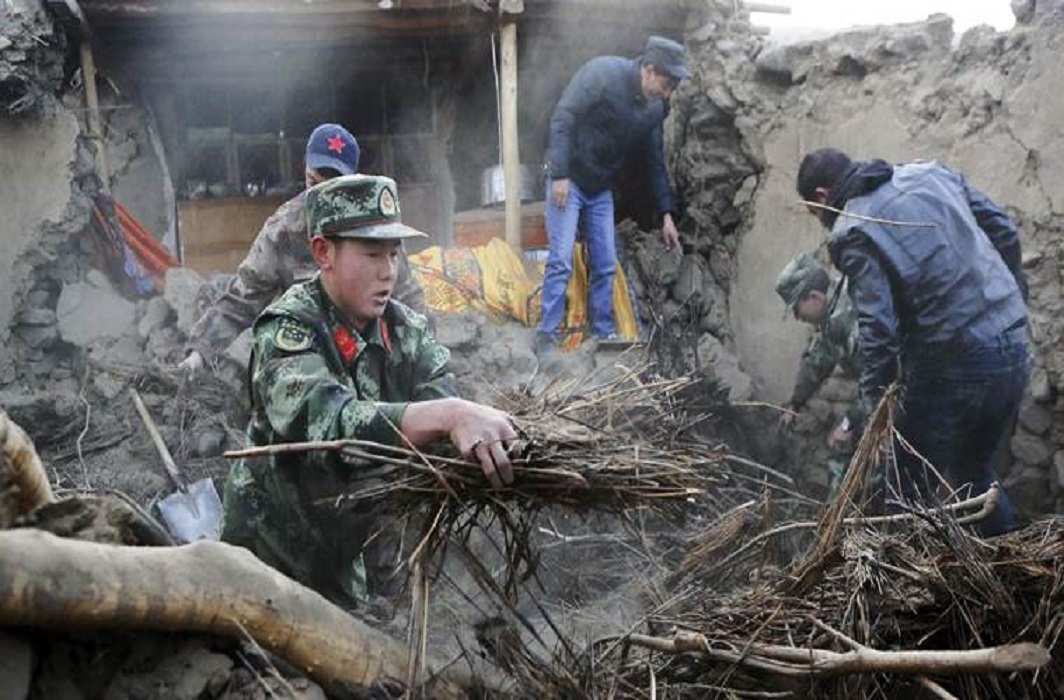 The Uighur region has withstood 82 aftershocks following the quake.

An earthquake of 5.5 magnitude on the Richter scale hit the Northwestern   Xinjiang Uighur Autonomous Region of China on Thursday afternoon killing eight people and injuring 23 others.

According to the quake emergency response headquarters around 1,000 soldiers and police officers, and 1,500 civilians have rushed immediately to the quake-stricken areas for rescue operations.

Wang Fuyou, the Communist Party chief of the county seat, said the quake was followed by aftershocks which were also felt strongly.

People ran onto the streets as the earthquake left cracks on the walls of the houses. Also some of them were buried as adobe houses near the epicenter collapsed abruptly.

However, the authorities have ensured that the power supply network across the quake-hit areas is operating normally.

According to the Xinjiang seismological bureau report, Xinjiang Uighur Autonomous Region has withstood eighty two aftershocks following the quake. “The epicentre, with a depth of about 8 km, was monitored in the southeast part of the Pamir Plateau,” said the official of the Bureau.

The Uighur region is the hotbed of Muslim guerrillas who are waging jihad against the Han-Chinese.