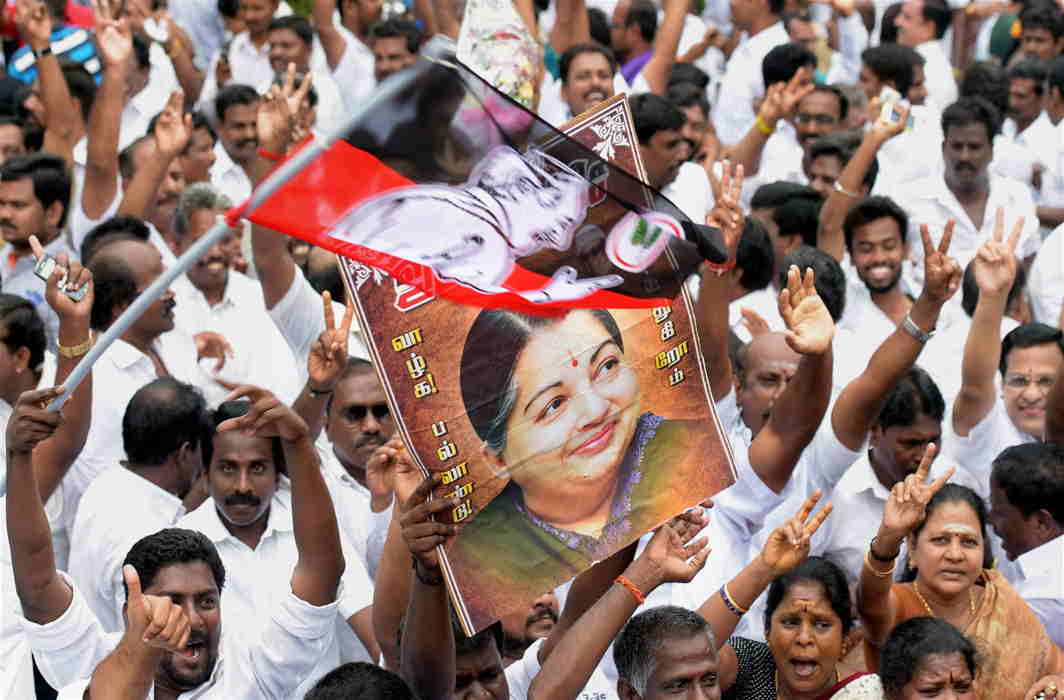 The RK Nagar seat had been vacant following the demise of former CM J Jayalalithaa, who died at the Apollo Hospital in Chennai last year.

A day after the Election Commission (EC) allotted the disputed “two leaves” symbol of the party to AIADMK’s faction headed by Chief Minister Edappadi K Palaniswamy and Deputy CM O Panneerselvam – the EC on Friday declared the dates of by-elections for the RK Nagar assembly – a seat earlier held by former Tamil Nadu CM J Jayalalithaa.

The EC’s announcement came a day after the Madaras High Court directed the EC to hold by-election in RK Nagar by the end of the year. The RK Nagar seat had been vacant following the demise of former CM J Jayalalithaa – who died at the Apollo Hospital in Chennai earlier last year.

Earlier the by-poll in the area was scheduled to be held on April 12 but it was cancelled after the EC received reports that the voters are allegedly being bribed by political leaders. According to the Income Tax Department, the V Sasikala faction of AIADMK – which was contesting the election with TTV Dinakaran as their candidate – had allegedly paid around Rs 90 crore to gain support from voters.

In the wake of the alleged bribery, a EC team had at that time written to the commission, “Besides the documents proving crores of money spent to bribe voters, we have also received 120 video evidences of party men visiting voters and distributing currency. Out of 120 videos we received through WhatsApp, 100 are against T T V Dinakaran of AIADMK (Amma) and 20 are against the DMK candidate. This shows the veracity of violations that happened during this campaign.”