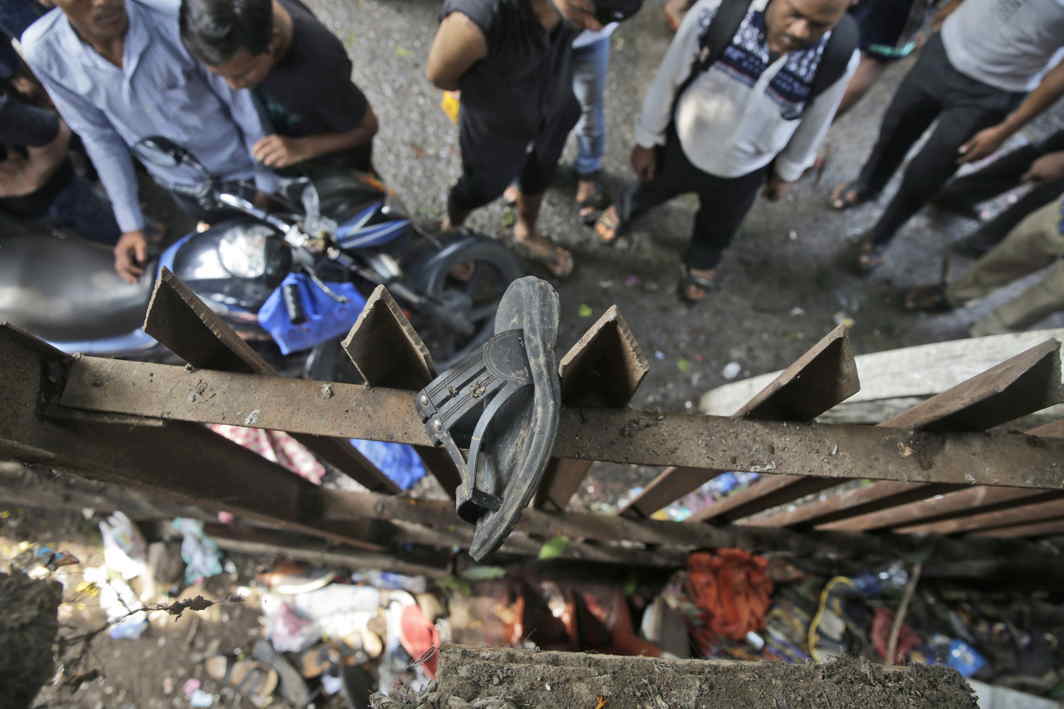 According to people present at the site, trapped women got molested and there were  incidents of theft in the immediate aftermath of the tragedy.

Days after the stampede at the Elphinstone railway station claimed the lives of 22 people, leaving another 60 with major injuries, the Mumbai police is now initiating a probe to look into incidence of molestation and theft during the tragedy.

The unfortunate incident at the foot-over bridge near the Elphinstone railway station created nation-wide outrage over the suffering caused due to mismanagement by the concerned authorities.

On top of this, came stories of molestation and theft from eyewitnesses. According to people present at the site, women trapped in the mass of humanity were molested and there were incidents of theft in the immediate aftermath of the tragedy.

As reported by The Hindu, a woman victim was molested by a bystander, seconds before she was breathed her last.  A video clip of the incident depicts how the woman was physically harassed while she was trapped amid a pile of victims, moments before she dropped her hand and rested for the final time.

An aggrieved eye-witness, named Jayshree Kanade, was quoted by The Hindu saying, “Many people stole purses and gold ornaments from women victims. This molestation video is really shameful. How can someone molest a girl fighting for life and asking for help? The culprits should be punished.”

Another resident of Elphinstone road, Sandesh Bahadur said, “The molestation video is shameful and without even watching it, one feels like punishing the coward responsible. We rushed to help. Women were crying for help. We couldn’t save many of them due to the crowd on the bridge.” Bhandup resident Anjali Bhadauria said, “Many women were wearing sarees as it was Dussehra; their clothes tore while pulling them out of the pile of bodies.”

And with the visuals of the tragedy, along with clips of insensitive people taking advantage of the situation, heating up the intensity of the situation, Niket Kaushik, Commissioner, Government Railway Police, said, “This case comes under Mumbai Police, but I will also initiate an inquiry.”