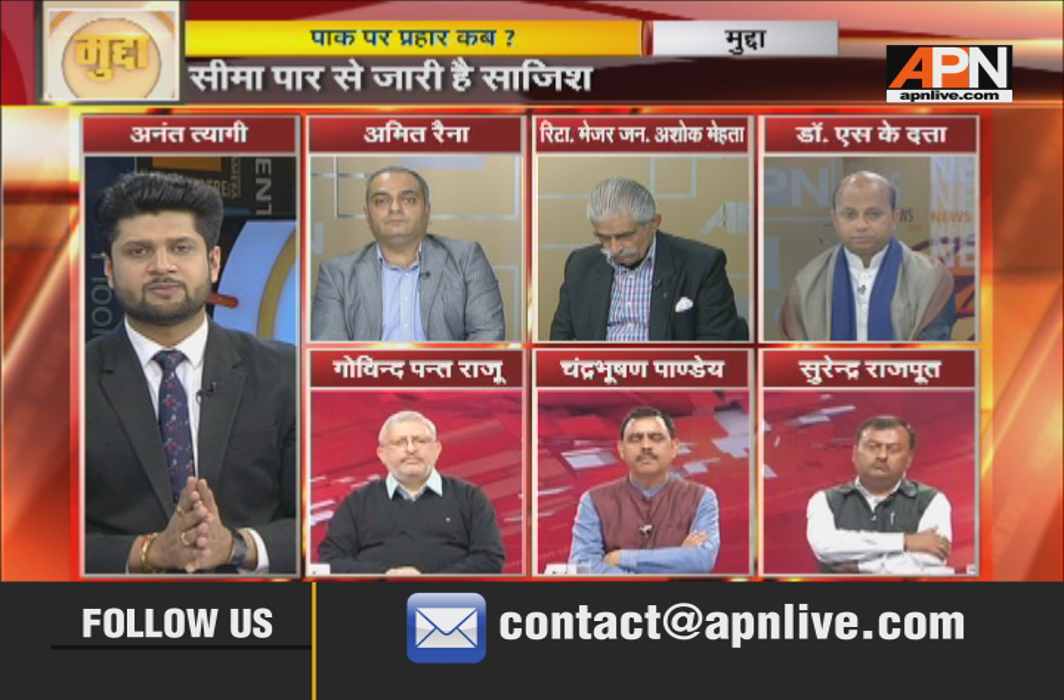 Pandey said that the government is not sleeping. Pakistan will have to pay for its heinous acts, just like the surgical strike in the past. “The US and all other nations see Pakistan as a terrorism-supporting nation,’’ he said.

Anant asked Pandey why we are not pro-active. To this, Pandey said good news is in the offing.

Maj Gen Mehta said that people have high expectations from the BJP. “Prime Minister Modi has made all kinds of statements in the past, like his 56 inch chest, and so on, but nothing has changed. Cross-border terrorism is on the rise. Kashmir Valley has around 250 militants, but what’s the way to deal with that? Just empty talk of politicians will not help. Pakistan has been sending militants along LoC. We should be able to go across LoC and attack Pakistan they way it attacks India, not in the way militants do, but as part of an intelligence secret mission,” he said.

Rajput agreed with Maj Gen Mehta. “Why did the BJP create the hype? The government is taking four steps forward, five steps backwards,” he said.

Pandey said that the BJP indeed does have a plan, which will emerge out in the public domain soon.

Dr Dutta said that “with Pakistan we need to fight a final war to end such heinous acts. An atmosphere needs to be created for that. At the international and the diplomatic level, Modi has created pressure; next, Pakistan’s nuclear installations must be neutralised. Israel and US help is needed for that. The BJP got a massive mandate not to be pro-separatists, but BJP is doing just the same what the Congress was doing”.

Raju said Pakistan seems to have a better aim and has better clarity on its agenda. When the opposition raised up the LoC tensions issue in Parliament, the government should have shown visible clarity. “Why is the government silent?” he asked.

Maj Gen Mehta said Pakistan strategy has been successful. The fact is that we have not been able to find any solution to the Loc flare-ups, besides being merely reactive in our response. “Since 1998, 10,000 jawans have died. This is more than the loss in the 1965 and 1971 wars put together. “

Pandey said the Army has a free hand, and can go for surgical strikes.

Raju wanted to know why the government’s hands are tied.

Raina asked why there have been no convictions of Kashmir militants.

Dr Dutta said that there is no guarantee that Pakistan will not use nuclear missiles, so we have to avert such a happening.