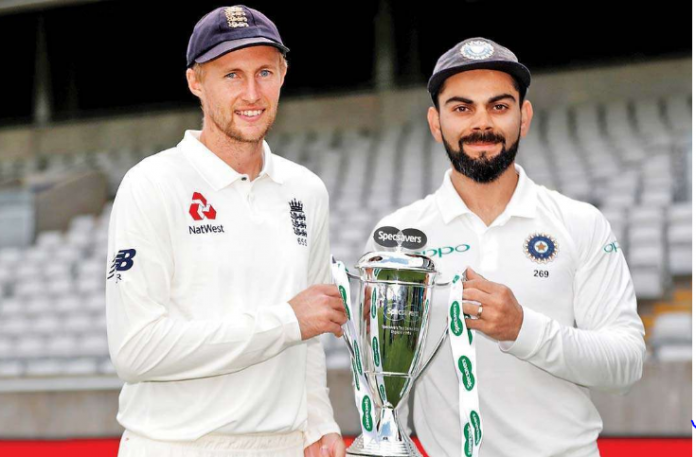 The toughest four months of Virat Kohli’s eventful leadership career start on Wednesday when the team India will lock horns against England in the first Test of 5-match series at Trent Bridge, Nottingham where his strategic leadership will be tested while selecting a perfect playing XI to take on a good England side.

Both the teams India and England have been defeated by New Zealand in the inaugural World Test champion as India lost the WTC final whereas England lost home series against the Kiwis. India have lost 11 out of 14 Tests across the last three tours with Mahendra Singh Dhoni being captain in two of them and Kohli was a part of the 2014 team when it lost 1-3.

A couple of days before, Virat Kohli had faced criticism for not respecting the conditions while choosing perfect playing XI for the World Test Championship final which India had lost against New Zealand in Southampton. This time, the selection of best and balanced playing XI will be challenging for Kohli as the team has a long tail of hitters.

The team also looking for best opening pair with Rohit Sharma. As of now KL Rahul with more than 2000 Test runs, looks a logical choice to open with Sharma after Mayank Agarwal’s concussion.

However, the absence of all rounder Hardik Pandya and the utility of two specialist spinners does come into the question.

England will be playing with a full-strength squad excluding injured Jofra Archer, Chris Woakes and star all-rounder Ben Stokes, who has taken an indefinite break from cricket to take care of his mental health and spend time with family.

While India will be missing the services of injured Shubman Gill, Washington Sundar and Mayank Agarwal who has been ruled out of the first Test after suffering from a concussion in the practice session. However, the replacements Prithvi Shaw and Suryakumar Yadav have also been delayed as they are in isolation in Sri Lanka after coming in contact with Covid-positive Krunal Pandya.

Mohammed Shami and Ishant Sharma still possesses a big heart but they are ageing while Jasprit Bumrah will need ensure a new start for him forgetting the earlier performances. But where does it leave India’s fastest and most in-form bowler Mohammed Siraj, whose raw pace ousted a concussed Agarwal from this Test match?

In other India News, Congress MP Rahul Gandhi met the family of the nine-year-old Dalit girl raped, murdered and cremated by her perpetrators in Delhi’s Cantonment area.