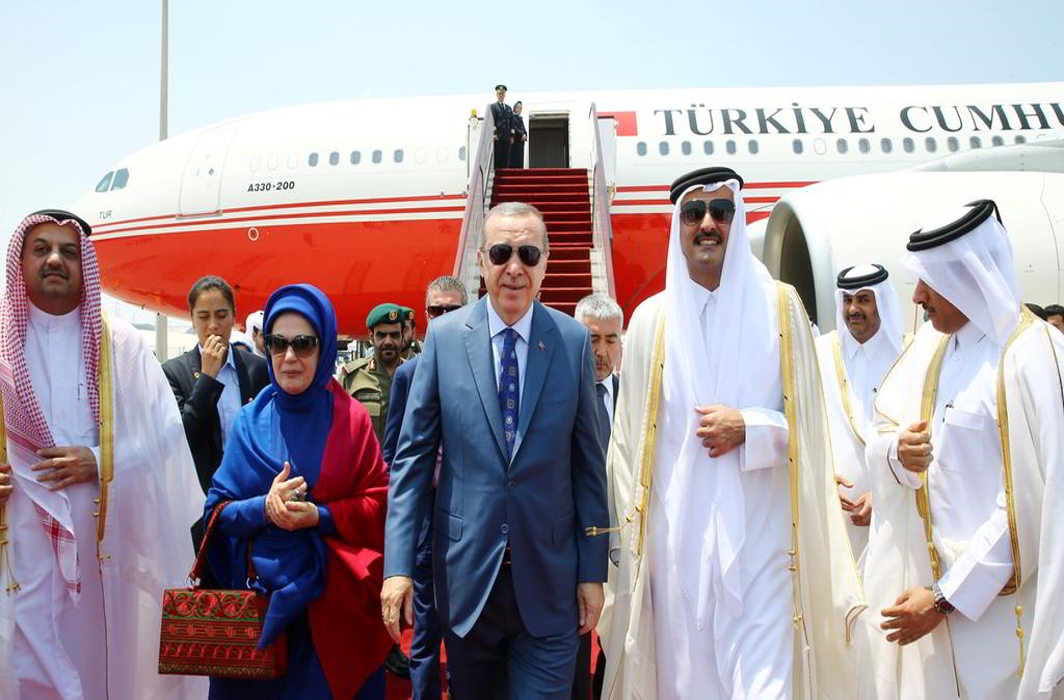 Having met with Vladimir Putinin  in Russia, and Kuwaiti Emir, Turkish President Recep Tayyip Erdogan has arrived in Doha on Wednesday to meet Qatari Emir to discuss bilateral ties along with diplomatic crisis caused by sudden severing ties by Saudi Arabia and three other countries.

Erdogan is attending the third meeting of Turkey-Qatar Supreme Strategic Committee on Wednesday. He is accompanied by Foreign Minister Mevlut Cavusoglu and Chief of General Staff Genenral Hulusi Akar.

Saudi Arabia, UAE, Bahrain and Egypt had suddenly severed ties with Qatar on June 5 and accused Doha of supporting “terrorism” and developing cosy ties with Iran. Qatar denies all accusations.

Aljazeera correspondent Hashem Ahelbarra says that the gulf crisis would be on the top of the agenda during the meeting of the two leaders. He said, “Turkey since the start of the crisis expressed a desire to help all the parties to set aside their differences. At the peak of the crisis, it sided with Qatar, sent troops to the country and also established a military base – a move that has angered Saudi Arabia, the UAE and Bahrain.”

On June 23 the Saudi led quartet put forwarded a 13-point charter of demands asking Qatar, among others, to stop supporting terror groups, severe ties with Iran, close down Aljazeera news network and shut Turkish military base in its territory.

On Tuesday, Qatar’s Emir said that Saudi led quartet has shunned the dialogue and does not desire to end the crisis.

Observers believe that Qatar and Turkey were taking their bilateral relations to “a whole new strategic level” in the prevailing circumstances.

After visiting Qatar in July this year, the Turkish President Recep Tayyip Erdogan had strongly spoken against Saudi Arabia and its allies for their measures against Qatar. In the wake of road and air blockade by the quartet, the Turkish government sent cargo ships and hundreds of planes loaded with food items to Qatar. Iran has also been supplying daily needs to the tiny Arab country.

Before reaching Qatar, Erdogan visited Russia where he met President Vladimir Putin and Kuwait to meet Emir Sheikh Sabah al-Ahmad Al-Sabah on Monday.  Kuwait has also been engaged in mediation efforts since the start of the diplomatic crisis.