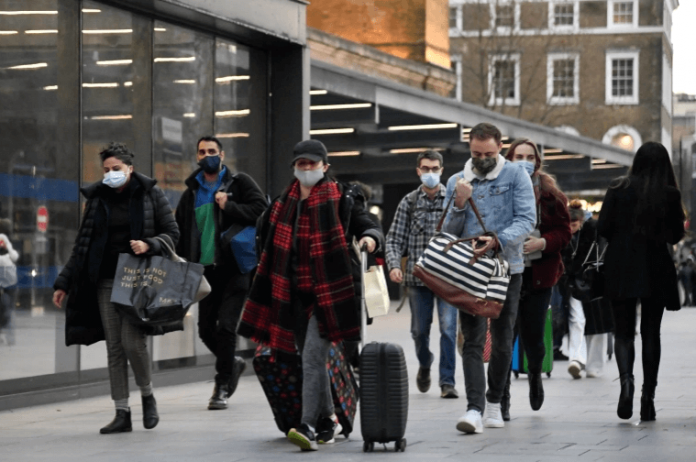 European countries have begun to impose travel bans to and from Britain as the nation has reported a surge in Covid-19 infections, creating huge backlogs of freight deliveries. Countries like Ireland, Germany, France, Italy, the Netherlands and Belgium are all halting flights to the UK. Meanwhile, Argentina, Chile, Colombia and Canada have also joined a growing list of nations clamping down on the UK travel in order to contain a new wave of coronavirus infections that is sweeping across southeastern England.

Prime Minister Boris Johnson on Saturday introduced tier 4 level of new restrictions for the most infected areas, scrapping a planned relaxation near Christmas. Sunday’s travel bans came hours after PM Johnson announced that Christmas shopping and gatherings in London and many of its infected areas had to be cancelled because of rapid surge in infections blamed on the new coronavirus variant.

France banned road, sea, air and rail travel to the UK for 48 hours.Germany, Italy and the Netherlands ordered a suspension of flights from Britain, while Ireland said it would impose travel bans via flights and ferries.

Top health officials of the UK said there was no evidence the new variant was more deadly or how it would react to the vaccine, but it was proving to be up to 70% more transmissible.

Health Secretary Matt Hancock said the Health Ministry is accelerating the roll-out of the coronavirus vaccine. He said the new strain was out of control and that he is delighted that as of Saturday morning, 350,000 people have been vaccinated. There’s light at the end of the tunnel, but it’s necessary that this virus should be suppressed to save lives.

UK’s Interior Ministry said the ban will initially remain in place for one week until the medical information about the nature of the new virus strain becomes very clear.