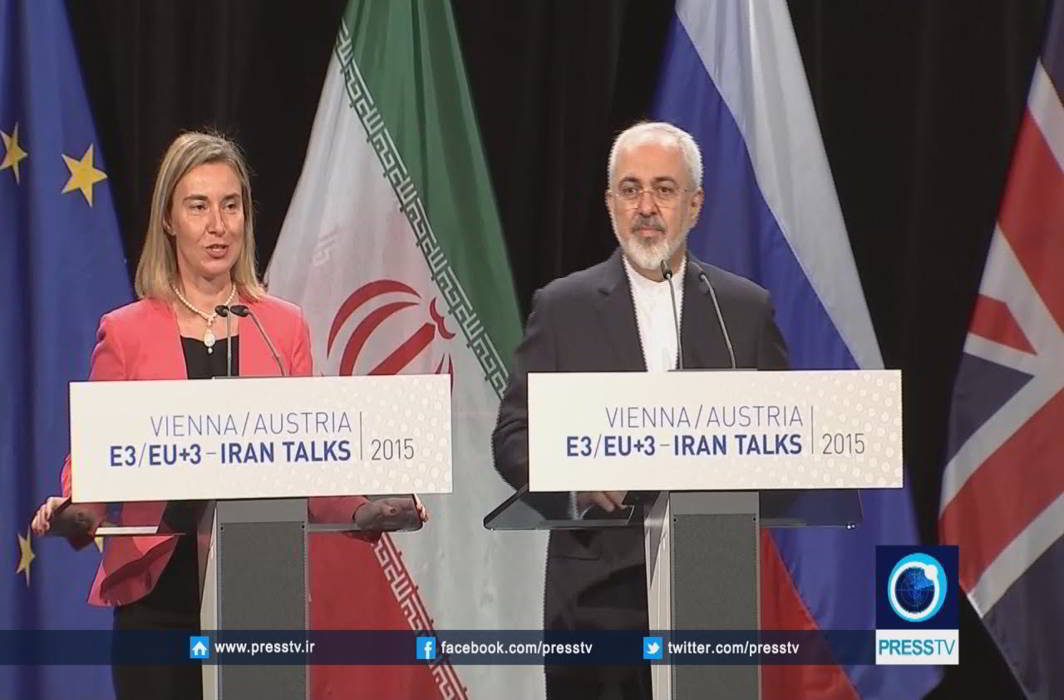 Serious concern has been growing on the possible US administration’s withdrawal from Iran nuclear deal. European Union foreign policy chief Federica Mogherini believes that this will send a message to the international community that US is not trustworthy when it comes to deal making.

Federica Mogherini, while talking to PBS TV channel, on Wednesday, highlighted Iran’s full compliance with the 2015 deal. She asserted, “We have the international community strongly behind the full implementation of the deal.”

US President Donald is supposed to submit Iran compliance report to the Congress by October 15. If he does not certify Iran’s compliance to the conditions of the deal than congress will have to re-impose sanctions against Iran within 60 days.  Trump is expected to declare that the deal is not in America’s national interest.

Recently Tehran and other signatories to the JCPOA, the five permanent member countries of United Nations Security Council and Germany have joined voices in support of the landmark deal and warned Washington against repercussions of walking way form the multilateral deal.

Mogherini said, “Once that we have an agreement that is functioning, that is working, that is delivering, the worst thing you can do is trying to dismantle it, also because you would show the way to others that making deals actually is not worth it, because the message that America would send to the rest of the world is that America cannot be trusted upon.”

“If we pass the message that with every change of administration in Washington or elsewhere deals are thrown away and renegotiated, no one would negotiate with any administration ever and any deal would be exposed to be renegotiated every term. This is not the way of making deals, not in foreign policy, not in private businesses and I think [US] President [Donald] Trump understands that perfectly well,” she said.

The EU foreign policy chief discussed the possibility of continuation of the Iran deal even if Trump chooses to withdraw from the Joint Comprehensive Plan of Action (JCPOA).

She noted that the international community, including the EU and other US allies, will continue to abide by the deal even if Trump chooses not to certify Iran’s compliance, something which has been confirmed eight times by the International Atomic Energy Agency (IAEA).

She said, “The deal not only will hold, but the deal does not belong to one country or another. It is a UN Security Council resolution.”

Touching on speculations about the likelihood of renegotiation of the deal, Mogherini pointed to the “extremely complex nuclear aspects” of the JCPOA which have been ironed out over 12 years of intensive negotiations. She said, “It is not a deal you can easily open and renegotiate. There is [neither] technical, nor political space to renegotiate this deal.”

On Wednesday, head of the Atomic Energy Organization of Iran (AEOI) Ali Akbar Salehi said that Iran is considering “various scenarios” in response to Trump’s “probable withdrawal” from the international nuclear deal.

Recently, Washington based European envoys, including EU Ambassador met with top senators to convince about the repercussions of withdrawing from the Iranian nuclear deal.