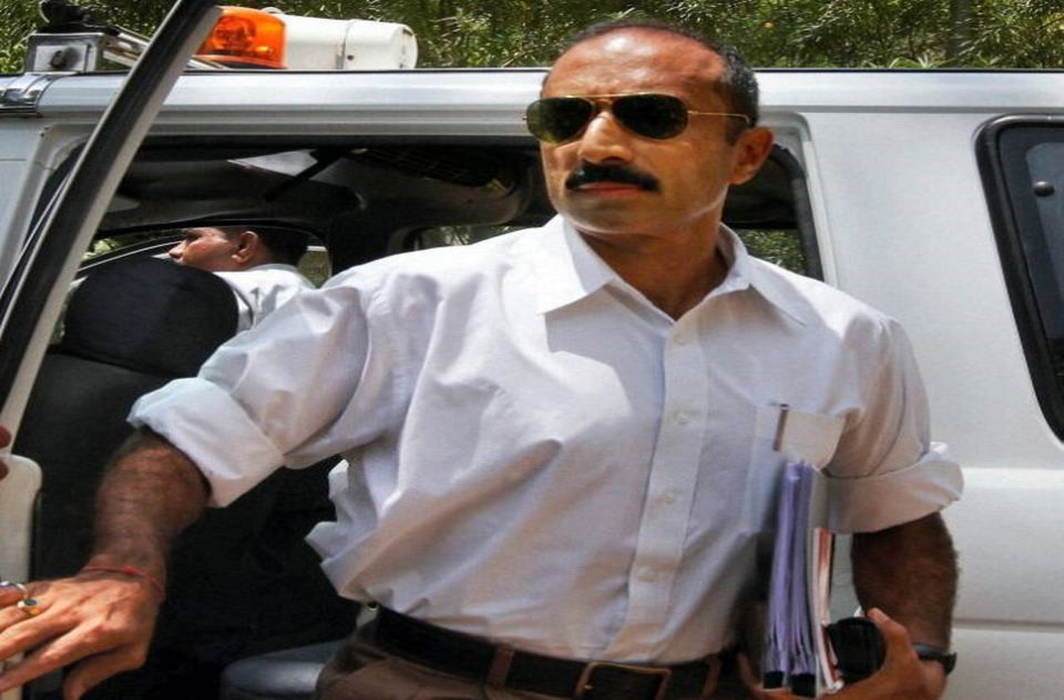 Former Gujarat IPS officer Sanjiv Bhatt, a known critic of Prime Minister Narendra Modi, was held by police on Wednesday, September 5, in a case filed by a Rajasthan-based lawyer in 1996 accusing the officer of framing him a narcotics case.

Bhatt and seven others, including some former policemen attached with the Banaskatha Police, were detained for questioning in the case, said media reports quoting Director General of Police, Crime Investigation Department (CID), Ashish Bhatia.

DGP CID Bhatia told The Indian Express: “3-4 months back the Gujarat high court had asked the CID to investigate this case and we had formed a SIT which probed and found Sanjiv Bhatt had made out a false case against the lawyer. We have taken him for questioning. In all, we have 7 persons detained.”

The lawyer, Sumersingh Rajpurohit, had filed a case in 1996 against Bhatt, who was then serving as SP of Banaskantha district, and several others. The Gujarat High Court had recently ordered a special investigation team (SIT) of CID to probe the case, 22 years after Rajpurohit filed a complaint in Pali, Rajasthan.

Bhatt had reportedly arrested Sumersingh Rajpurohit, an advocate, in 1996 on charges of possessing around one kg of drugs. At that time, the Banaskanta Police had claimed that drugs were found in a hotel room occupied by Rajpurohit in the district’s Palanpur town.

The lawyer filed a case against Bhatt, claiming he never occupied the hotel room and that he was in Pali at the time of the purported police raid.

Rajpurohit also named Justice Jain, a former sitting judge in the Gujarat High Court, and Bhatt’s subordinate officers. In his complaint, Rajpurohit alleged that he was abducted and brought to Palanpur in Banaskantha and implicated in a false NDPS (Narcotic Drugs and Psychotropic Substances) case to force his family to vacate a rented premises owned by Justice Jain’s sister in Pali. He was arrested after Banaskantha police reportedly found over one kilo of opium at a hotel in Palanpur, Gujarat.

In June this year, the Gujarat High Court had handed over the probe in the case to the CID while hearing Rajpurohit’s plea. The high court had asked the CID to complete the probe in three months.

The CID found substance in charges against Bhatt, which led to his detention, said Bhatia.

Bhatt was dismissed from service in 2015 after he was issued a show cause notice by the Gujarat Home department in connection with an alleged sex video. He was also suspended from service in 2011 after he submitted an affidavit in the Supreme Court accusing Narendra Modi, then Gujarat Chief Minister of “complicity in the 2002 riots”.