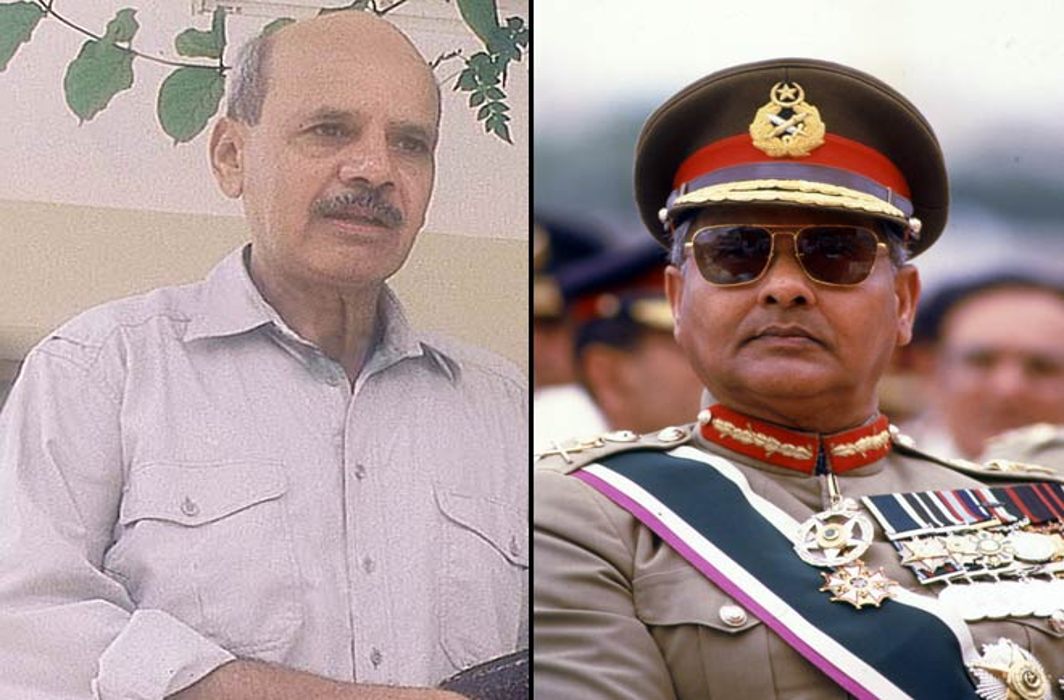 In a significant development, the Pakistan Army has set up a ‘court of inquiry’ to investigate retired Lt Gen Asad Durrani, the former director general of Inter-Services Intelligence (ISI)’s collaboration with A.S. Dulat, former chief of Research and Analysis Wing (RAW), in what is being seen in Islamabad as a “lightning-rod” book which has triggered heated controversy, and asked the government to impose ban on his travel out of the country.

“A formal court of inquiry headed by a serving lieutenant general has been ordered to probe the matter in detail. Competent authority has been approached to place the name of Lieutenant General Asad Durrani (retd) on Exit Control List (ECL),” ISPR Director General Maj Gen Asif Ghafoor tweeted.

According to Dawn, Durrani had earlier been “called to” the General Headquarters to provide his personal clarification over his involvement in the book and the assertions that he has made in the book. The book “The Spy Chronicles: RAW, ISI, and the Illusion of Peace” was last week launched in India. It contains conversations between Durrani and Dulat that were mediated by an Indian journalist. Durrani was denied visa by Indian government to participate in the book launch ceremony held in New Delhi.

The two former top spies of the rival neighbors have touched upon some of thorny issues that have caused strained ties between the two countries and at times pushed them to the brink of war. Durrani and Dulat discussed the issues which include terrorism, particularly the 2008 Mumbai terror attacks, situation in Kashmir, spy wars and the influence of defense bureaucracies and spy agencies in the two countries.

The Pakistan’s military authorities are taking it as a potential case of violation of ‘Military Code of Conduct’, which it says is applicable to all serving and retired military personnel.  Observers in Islamabad say that section 55 of the military law, which relates to “conduct unbecoming of an officer” is considered to have a very wide scope.

According to reports from Islamabad, the court of inquiry would look into the book and determine if its content and Durrani’s involvement with the book was culpable and then make recommendations to the army chief.

Former military officers, while talking to Dawn, fear that court martial proceedings could be initiated against him. If the army chief determines that there is sufficient ground to start court martial, then the process would begin.

A retired military officer explained, “It is the first stage in the process in which the court would examine the available evidence and find if some wrong has been committed.” Such courts usually work on a daily basis, another former officer said.

The book in question, first co-authored by spy chiefs of two Asian giant neighbors, contains several controversial statements attributed to former ISI chief Durrani. He went into details of the independence enjoyed by ISI in its decision making, the 2011 US Special Forces Operation in which Al Qaeda chief Osama bin Laden was eliminated, the possible eventual outcome of spy Kulbhushan Jadhav’s case and probably the way the Kashmir movement was planned to be controlled. However, many believe that he did not spill any classified secrets.

In the book Durrani makes an assessment that “the ISI probably learnt about” Osama bin Laden and “he was handed over to the US according to a mutually agreed process”. Dulat maintains that the assessment from the Indian side “is the same. That he was handed over by Pakistan”.

Defense analysts in Islamabad say he could be at fault for not getting prior permission for the book and then not getting his part vetted and cleared by the army.

Saeed Naqvi, a veteran journalist, while commenting on the book, said, “A.S. Dulat, former chief of RAW, and Gen. Asad Durrani, former head of Pakistan’s Inter Services Intelligence (ISI), have put their heads together and have, without compromising fidelity to their respective oaths of office, produced a 320-page document which must now onwards inform those in the subcontinent shaping policy on Kashmir and India-Pakistan relations.”

The book was released on May 23 at Hotel Cleridges in the capital with participation of galaxy of political elite and experts on security and working and former intelligence officials.

Both dulat and Durrani could not meet in their home countries, the co-author of the book journalist Aditya Sinha recorded their conversations in Istanbul, Bangkok and Kathmandu.

In an email interview by an Indian media house, Durrnai, has recently said, “We have known each other for over a decade – regularly met on the Track Twos and done joint papers – and in the process developed some rapport. It was Mr Dulat’s idea and I thought it might be a good one – primarily to let people know that those who are in this business make assessments as objectively as possible”.