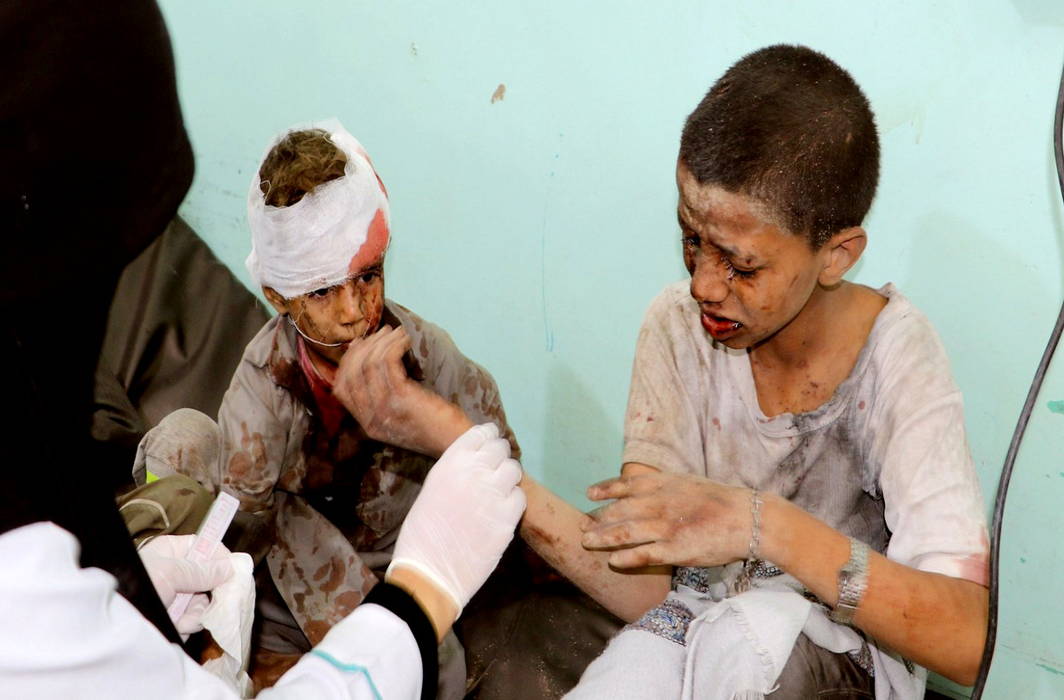 Though there was no doubt of US weapon supply to Saudi Arabia over three years of ongoing aggression, munitions expert have now confirmed that the bomb used by the Saudi-led coalition in a devastating attack on a school bus in Yemen was sold as part of a US State Department-sanctioned arms deal with the kingdom.

According to the US based CNN, it has established that the weapon that left dozens of children dead on August 9 while working with local Yemeni journalists and munitions experts. It was a 500-pound (227 kilogram) laser-guided MK 82 bomb made by Lockheed Martin, one of the top US defence contractors.

The Saudi air raid on Sa’ada hit a school bus on August 9 while it was passing through a market in the town of Dahyan. United Nations and international human rights groups have expressed their outrage on the attack.

According to reports the bomb attack killed 51 people, including 40 children and left 79 others injured.

Initially Saudi Arabia described the Sa’ada strike as a “legitimate military action,” but later began investigation into the incident amid mounting criticism.

CNN report said that the bomb used in attacking school bus was very similar to the one that wreaked devastation in an attack on a funeral hall in Yemen in October 2016, killing 155 people. Later Saudi led coalition admitted as a mistake due to “incorrect information”.

In March 2016, similar US made bomb killed 97 people when Saudi’s targeted a Yemeni market.

There were reports that after the attack on marriage hall former US President Barack Obama banned the sale of precision-guided military technology to Saudi Arabia over “human rights concerns.” But the present Trump administration overturned the ban in March last year.

Meanwhile there are reports that on Friday Houthi led army has fired a ballistic missile at the Kingdom’s southern Narran region in retaliation for the deadly military campaign.