Home Latest business news Fact-checking the budget: some false claims, some shortcomings, esp the ‘dole’ to... 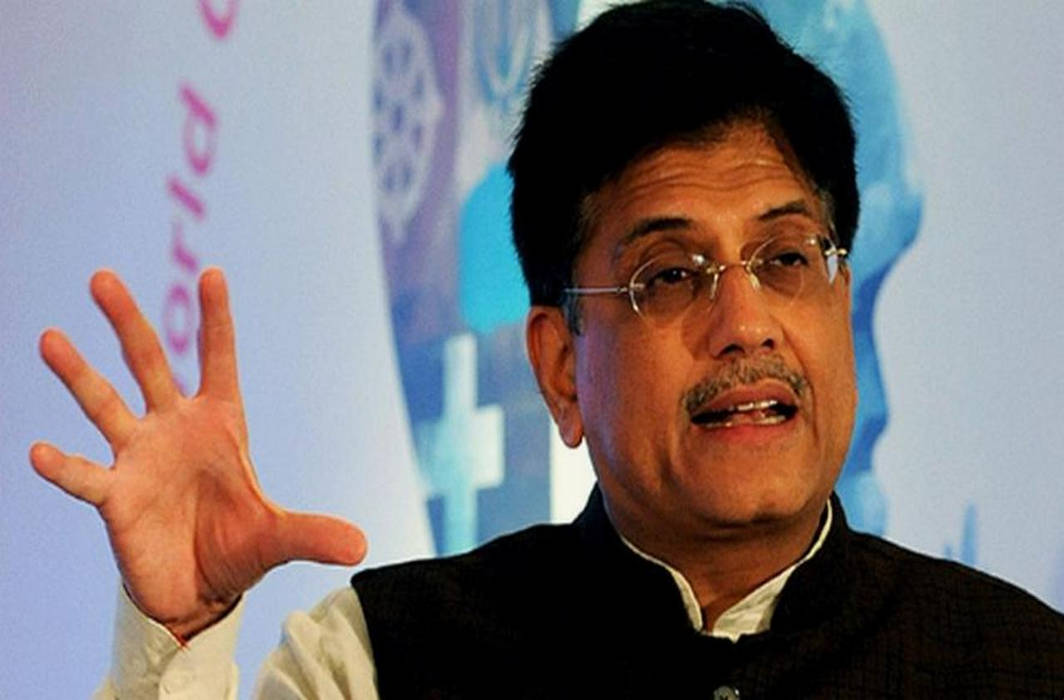 Seen as an ‘election budget’ by all, including the upbeat members of government and the ruling BJP, the Budget 2019 with provisions that goes well beyond the ‘interim’ period of the three-month remaining term of this dispensation was found wanting by analysts with regard to some facts and promises.

As for the much flaunted sops for the poor and farmers, a look at the provisions made revealed them to be misleading and meaningless. The ‘smart’ move with regard to farmers is that the payment for Rs.6,000 annual income will start retrospectively from December 2018, and the first instalment of Rs.2,000 will be deposited in farmers’ account this March: just in time for 2019 Lok Sabha election.

The allocation for MGNREGA, about which the initial claim of an increase was followed by silence, is Rs. 60,000 crore.

In February 2018, the Union budget had earmarked Rs 55,000 crore to the demand-driven rural employment scheme. In January 2019, the government had to allocate an additional Rs 6,084 crore to the programme to meet its financial demands, thus taking up the total amount to be spent in the financial year 2018-19 to Rs 61,084 crore.

For the last few years, though the demand for MGNREGA has been steadily increasing, the government has not been able to address it fully, leading to pending liabilities.

Prior to the presentation of the 2018 full budget, NREGA Sangharsh Morcha, a country-wide coalition of organisations and individuals, had submitted a memorandum to the Union finance ministry stating that there should be an annual allocation in the range of Rs 80,000 crore to be able to minimally function as per its legal provisions.

A shortfall would aggravate problems of implementation and pending liabilities, leaving the poor short-changed.

Narendra Modi government’s income support scheme for small farmers – those cultivating up to two hectares of land – is Rs.6,000 a year, or Rs 500 per month. Considering a household size of five, this is 1/8th the rural poverty line of Rs 816 per person per month.

But the interim budget has allocated only Rs. 20,000 crore for 2018-19 (R.E.). So, even if landless farmers, SC-ST farmers, women farmers, sharecroppers and tenant farmers are kept aside, not all the small and marginal households can get covered under the income support scheme (assuming that 1 household operates one holding 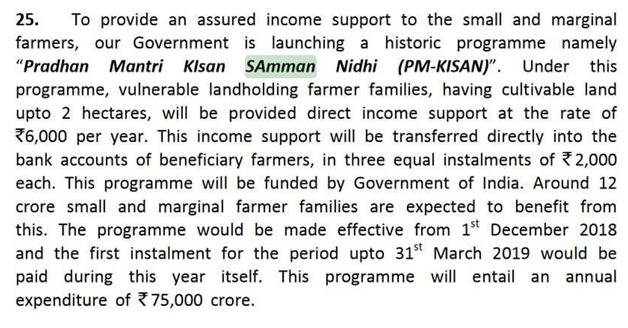 Agriculture and food policy expert Devinder Sharma who has been advocating a fixed annual income for farmers was surprised at the figures allocated for the purpose. “How can they seriously think that a support of Rs 500 per month will help farmers out of the terrible agrarian crisis. And how will it help reduce the number of farmers suicides.”

The announcement is also discriminatory in nature. The measure is meant for small farmers with less than two hectares of land and does not take into account the 40% tenant farmers and agricultural workers who had been left out of the Budget altogether. The forest rights being demanded by the Adivasis and tribals has not even been acknowledged.

Ashok Gulati, chair professor for agriculture at ICRIER, writing in The Indian Express, said  that the direct income support to farmers of total Rs..75,000 crore is nowhere near the annual loss of about Rs 2,65,000 crore that farmers have been suffering in recent years because of the low prices they have received due to restrictive marketing and trade policies. “Until major marketing reforms are initiated, there is no hope of doubling farmers’ real incomes by 2022-23,” he wrote.

Moreover, the budget has nothing to create jobs. Gulati said: “It is more like using band-aid where surgery was required.”

Apart from the shortcomings in these two of the major announcements, several of the claims of Interim Finance Minister Piyush Goyal were contested by FactChecker.in of The Spending and Policy Research Foundation which verifies the claims made by those in public life and has been certified by the International Fact-Checking Network, a unit of the Poynter Institute.

Claim: India could attract massive amount of Foreign Direct Investment (FDI) during the last five years- as much as $239 billion.

Fact: Till date, 32.3 crore (323 million) LED bulbs have been distributed, as per official records.

Fact: In 2018, 40 percent households with a toilet, according to a SQUAT Survey, had at least one member who defecated in the open

Claim: Over one crore (10 million) youth being trained to help them earn a livelihood.

Also Read: No Vote on Account; Modi govt presents an election Budget ‘interim’ only in name

The first edition was severely criticised for several shortcomings including low level of placements, low quality of training and inflated training numbers.

Claim: Under Make in India initiative, mobiles and part manufacturing companies have increased from two to 268, providing huge job opportunities.

Fact: As of August 2018, there were 127 mobile manufacturing units in the country, the government told Lok Sabha citing information provided by the Indian Cellular Association.