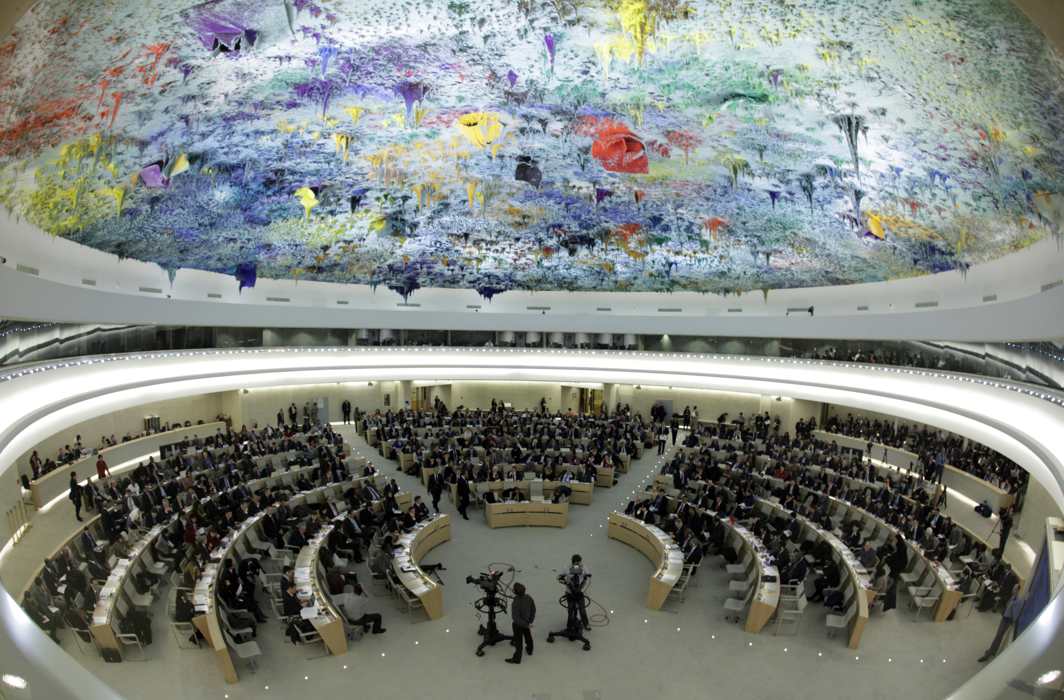 India has denounced Pakistan as a ‘failed state’ which promotes terrorism and slammed it for repeatedly raising the issue of plebiscite in Jammu and Kashmir without first fulfilling its obligations set as preconditions in the UN Security Council resolution on Kashmir.

Responding to Islamabad’s bid to raise the Kashmir issue for a second day on Friday at the UN Human Rights Council meeting in Geneva, Mini Devi Kumam, a Second Secretary at the India’s UN Mission in Geneva, said, “The world does not need lessons on democracy and human rights from a country whose own situation is charitably described as a failed state.”

Demolishing Pakistan’s arguments, India gave a long list of transgressions that Pakistan has refused to admit, from Osama Bin Laden found hiding on its soil to terrorists accused in the Mumbai attacks roaming freely in the country.

“Even as terrorists thrive in Pakistan and roam its streets with impunity, we have heard it lecture about the protection of human rights in India,” she said, adding, “We await credible action by the Government of Pakistan to bring all those involved in the 2008 Mumbai attack and the 2016 Pathankot and Uri attacks to justice.”

Kumam was responding to Tahir Andrabi, Pakistan’s UN Deputy Permanent Representative in Geneva, who on Friday alluded to former Prime Minister Jawaharlal Nehru to make his case for a plebiscite in Kashmir.

Andrabi said that at the heart of the Kashmir problem is the right to self-determination, which he claimed was mentioned by “the first Prime Minister of India, one of the founding fathers of India” and by the UN Security Council.

Pakistan has often referred to UN Security Council resolutions on Jammu and Kashmir to push its agenda.

Kumum said, “Pakistan keeps referring to UN Security Council Resolutions on Jammu and Kashmir. However, it very conveniently forgets its own obligation under these resolutions to first vacate the illegal occupation of Pakistan-Occupied Kashmir. It has also blatantly disregarded its other commitments, be it under the 1972 Simla Agreement or Lahore Declaration of February 1999.”

Instead, “they continue to support cross-border terrorism in India,” she said.

A senior European researcher has accused Pakistan of making moves to sell the disputed region of Gilgit-Baltistan to China in return for stacks of Renminbi (Chinese currency) and Yuan (basic unit of Chinese currency), reported news agency ANI from Geneva.

Participating in the 37th session of the United Nations Human Rights Council (UNHRC), Senior Research Analyst at the European Foundation for South-Asian Studies Dušan Vejinovic said Friday, “While Pakistan manifests itself as a self-styled advocate of the rights of the people of Jammu and Kashmir, the factual situation is, that it remains an illegal occupier of Jammu and Kashmir, which has deprived the people of their political and civil liberties.”

“Contrary to the country’s diplomatic rhetoric, it is Pakistan which has denied the people of Jammu and Kashmir their fundamental human rights. Moreover, it is now aspiring to become a broker of Jammu and Kashmir, by negotiating the sale of Gilgit-Baltistan to Beijing, in return for stacks of Chinese Yuan,” he added.

Demanding that the United Nations take appropriate action against Pakistan, Vejinovic said, “Why is Pakistan allowed to infringe international law and make a mockery of this august institution? The United Nations is obliged to act, not only to ensure peace in South Asia, but more importantly, to maintain its own credibility and reinforce its authority.”

Reminding the UNHRC that the U.N. resolutions of 1948 and 1949 had directed Pakistan to withdraw its troops from the state of Jammu and Kashmir by August 13, 1948, a perplexed Vejinovic asked what is preventing Islamabad from complying with a legally binding instruction issued more than 70 years ago.

Jammu and Kashmir has been an area of contention for both India and Pakistan ever since the nations were formed in 1947 with three battles having been fought between the two neighbours over it.

In the Simla Agreement signed by Prime Minister Indira Gandhi and then-Pakistan President Zulfikar Ali Bhutto, the two countries agreed that the Kashmir issue is a bilateral issue that has to be resolved without third party involvement.

The Lahore Declaration by Prime Ministers Atal Bihari Vajpayee of India and Nawaz Sharif of Pakistan commits the two nations to avoid a nuclear arms race.

“It is extraordinary that the state which protected Osama Bin Laden and sheltered Mullah Omar should have the gumption to play the victim,” she said.

In “gross violation” of a Council, the UN-designated terrorists like Hafiz Mohammed Saeed are “freely operating with State support, and the UN designated entities are being politically mainstreamed in Pakistan,” she added.

Andrabi also accused India of “crimes against humanity” in Kashmir and of escalating ceasefire violations along the line of control and the border with his country as a diversionary tactic. In less than 24 hours since that statement, the Indian Army reported firing by Pakistani forces at Krishna Ghati sector in Jammu and Kashmir’s Poonch.

On Thursday, Andrabi had said that the Office of the Human Rights Commissioner “must not falter in documenting human rights abuses by India and recognise that root of the problem is illegal occupation of Jammu and Kashmir.”

“The real problem in the State of Jammu and Kashmir is terrorism, which has constantly received sustenance from Pakistan and territories under its control,” Kumam said in reply. “We urge the Council to call on Pakistan to end cross border infiltration; to dismantle special terrorist zones, safe havens and sanctuaries.”

“Terrorism is the grossest violation of human rights,” Kumam added.

She listed the various human rights violations against minorities in Pakistan and demanded remedies for them.

She said there should be “procedural and institutional safeguards to prevent misuse of blasphemy law; to end forced conversions and marriages of minorities, including Hindu, Sikh and Christian women, to prosecute all such cases; to stop targeting political dissidents and legitimate criticism in Sindh, Balochistan and Khyber Pakhtunkhwa; to stop torture, enforced disappearances and unlawful killing; including that of journalists and activists by its security agencies and prosecute all perpetrators; to stop sectarian violence, systemic persecution and attacks on Muslim minorities, such as Shias, Ahmadiyas, Ismailia and Hazaras.”