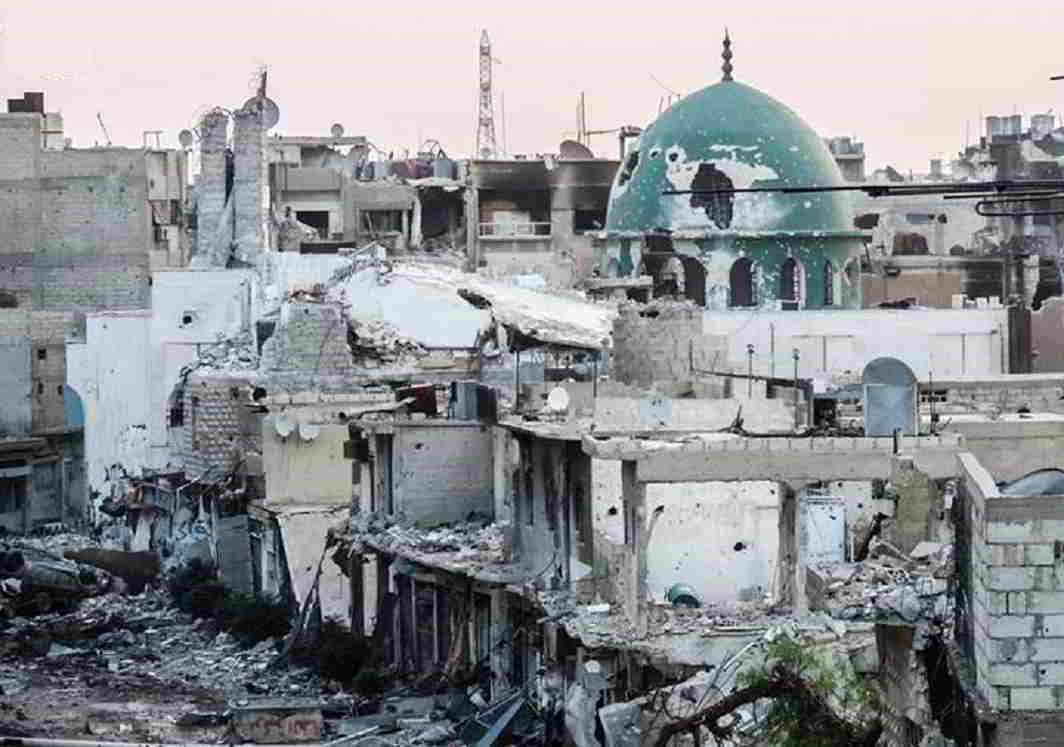 Like Henry Kissinger, New York Times columnist, Thomas L Friedman, belongs to a growing tribe of strategists who insist that the Palestinian-Israeli conflict has been overshadowed, indeed overwhelmed, by a much bigger, Shia-Sunni faultline.

Even though Osama bin Laden, the 9/11 hijackers, Wahabism, Salafism, are all traced to Saudi Arabia, the US, Israel and the West in general have developed a high comfort level with Saudi Arabia regardless. In this framework, the West has placed the Shia world in opposition to it.

Was it always like this? Consider this recent historical perspective.

“As we approach the season of the Nobel Peace Prize, I would like to nominate the spiritual leader of Iraq’s Shiites, Grand Ayatollah Ali al-Sistani, for this year’s medal.” The recommendation came from NYT ace columnist, Friedman. For emphasis, he added: “I’m serious.”

This was in 2005. Friedman, was “in” with George W. Bush. In ecstatic pieces for the world’s most powerful newspaper, the NYT, he repeatedly described the occupation of Iraq as history’s greatest effort at democratization.

Americans had come against Saddam Hussain, a tough Baathist and atheist by belief and a manufacturer of weapons of mass destruction. Remember Saddam invoked “Allah” for political mobilization only after the 1992 operation Desert Storm. He had Allah o Akbar inscribed on an otherwise secular emblem as an afterthought.

The eclipse of Saddam brought great relief to Shias in the South – around the holy cities of Najaf, Karbala and oil rich enclaves neighbouring Basra. For the first time the world realized that Shias were an overwhelming majority in all of Iraq.

A triangular situation had emerged – the occupying Americans, Sunni (plus Kurdish) minority and the Shia majority. The Shias, led by Ayatollah Sistani, played a straight political hand. Once occupation had taken place, he encouraged the occupiers against his tormentor, Saddam Hussain.

That is when Friedman was moved to write:

“If some kind of democracy takes root here (Iraq), it will also be due in large measure to the instincts and directives of the dominant Iraqi Shiite communal leader, Ayatollah Sistani.”

“It was Sistani who insisted that the elections not be postponed in the face of the Baathist-fascist insurgency. And it was Sistani who ordered Shiites not to retaliate for the Sunni Baathist and Jihadist attempts to drag them into civil war by attacking Shiite mosques and massacring Shiite civilians.”

Friedman proceeded to compare the Ayatollah with other icons who helped bring democracy to their respective countries – Nelson Mandela and Mikhail Gorbachev.  The quality of democracy that obtains in Russia, Iraq and South must be left for Friedman to applaud.

Rightly or wrongly, Friedman extrapolated from his experience in Iraq. This is at a variance from the fraud Bush’s Defence Secretary, Dick Cheney sought to perpetrate on April 9, 2003, when he had the marines pull down Saddam Hussain’s state at Firdous square and attributed the event to a popular uprising.

Friedman zigzagged along shifting convictions, until by August 2015, he began to show the first signs of tolerating something so totally different from Sistani as to take one’s breath away. In a conversation with Barack Obama he appeared to be nodding agreement on a kind of positive ambiguity about the ISIS.

Sudden and exponential growth of the Islamic State was something of a mystery. It is in the nature of the post colonial media that the views of Developing country elites particularly in the Arab world (except allies like Saudi Arabia, other GCC countries and Jordan) never get reflected in the media. How did the elites in Iraq, Oman, Yemen, Syria, Egypt, Iran and other Muslim countries view the IS phenomenon. Without exception, they described it as an American, French, British, Saudi, Qatari and Turkish cooperative effort. I know first hand. Ask the ambassadors in New Delhi.

If this is what they thought, why were they silent? They were not silent, but their protestations were ignored by the global networks. So hopelessly one sided is the global media, that even shining stars of independent journalism like Seymour Hersh and Robert Fisk are killed by a simple trick of being ignored.

Writing on Donald Trump’s proposed visit to the centres of semitic religions, Riyadh, the Vatican and Jerusalem, Fisk satirically speculates: “Trump will be able to ask Netanyahu for help against the IS without – presumably – realizing that Israel bombs only the Syrian army and the Shia Hezbollah in Syria but has never – ever – bombed IS in Syria. In fact, the Israelis have given medical aid to fighters from Jabhat al Nusra which is part of Al Qaeda which attacked the US on 9/11.”

By universal consent, Fisk is among the most knowledgeable journalist who has lived in West Asia for decades. But the Imperial Information order keeps him outside the ken.

Truth however has a way of surfacing. Let us revert to Friedman’s interview with Obama. Friedman asked Obama why he delayed taking action against the IS when it was in its nascent stages?

Obama replies: “That we did not just start taking a bunch of airstrikes all across Iraq as soon as the IS came in was because that would have taken the pressure off Iraqi Prime Minister, Nouri al Maliki.”

In other words, by the US President’s own admission, the IS at that stage worked as an asset to apply pressure on Maliki who was in bad adour with the US because he had refused to sign the Status of Forces Agreement with the US ironically on the advice of exactly the person Friedman was recommending for a Nobel Peace Prize in 2005 – Sistani.

Lo and behold, in his recent column, Friedman is advising Trump to give up the pretense of fighting IS – because that is not in the US (and presumably Israel’s) national interest.

He wants “Trump to be Trump – utterly cynical and unpredictable. ISIS right now is the biggest threat to Iran, Hezbollah, Russia and pro-Shiite Iranian militias.”

“In Syria” Friedman recommends, “Trump should let ISIS be Assad’s, Iran’s Hezbollah’s and Russia’s headache.” In other words, let the IS be a western asset.

A recent cartoon with a most succinct message shows one Saudi ask another:

“We finance wars all around us, when shall we bomb the Jewish state?”

“When it becomes Shia.”