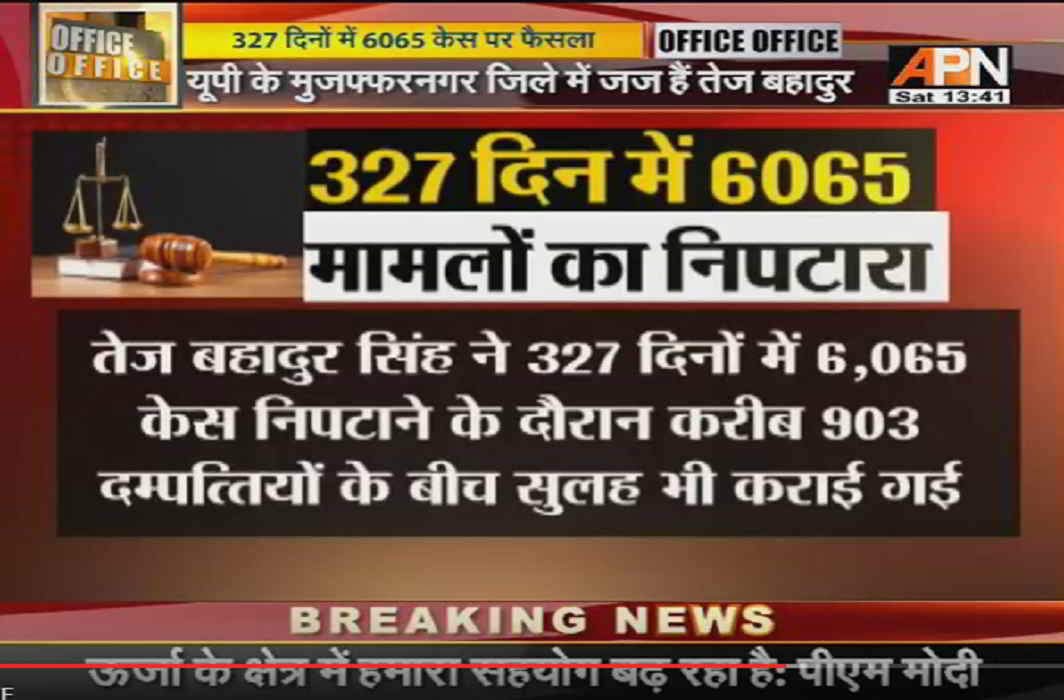 Tej Bahadur Singh, the chief judicial officer in the family court of Muzaffarnagar, has set a record by deciding an unprecedented 6,065 cases in 327 days. He has thus become the first Indian judge to decide so many cases in this time period.

APN carried a package in its Office Office show on April 8 on this. Tej Bahadur Singh continued work right through the advocates’ strike. During the course of 327 days, the hard-working judge also succeeded in mediating for 903 couples who had filed for divorce.

According to available statistics for the year 2015-16, there are 2.81 crore pending cases in various courts of the country. Some 5,000 judicial officers’ positions are lying vacant. Singh has set a fine example before other judicial officers by achieving this feat.

The accused is identified as Ravi Dhaka who lives in Ghaziabad’s Balram Nagar. Police said Ravi has squeezed the neck of his parents, Surendra Dhaka (70) and Santosh (63), which caused to death at their home on Sunday.
Read more