Home Latest india news Family of the woman burnt in car accuses her husband of murdering... 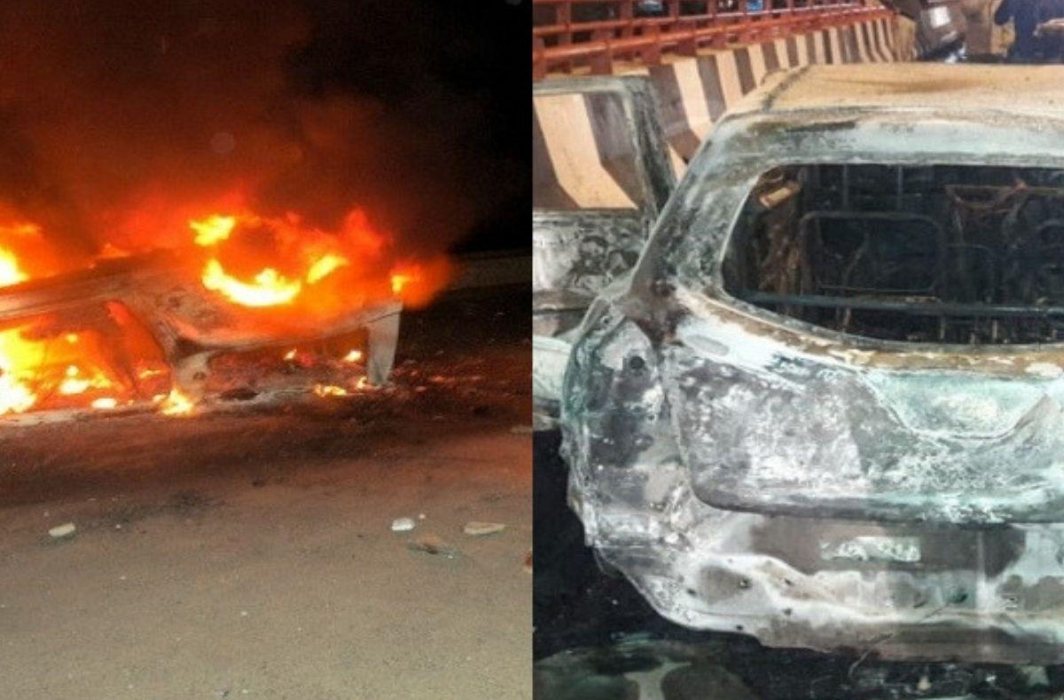 The family of the 34-year old woman, who was charred to death in a car along with her two minor daughters on the busy Akshardham flyover Sunday night, has alleged foul play and accused the husband of murdering her.

On Sunday, Upender (36) reportedly took his wife Anjana Mishra, for an outing for the first time in 13 years of their marriage. Apart from Anjana and Upendra, their three daughters, Nikki (1) and Mahi (6) and Siddhi (4) were returning from the Kalkaji temple in their Datsun Go car when the CNG-fitted vehicle caught fire, the Delhi Police said.

While Upender, who was driving the car, managed to escape along with his daughter Siddhi, the other three members of the family remained trapped inside the burning vehicle and died, the police added.

Braj Kishore Dixit, a cousin of the deceased, claimed Upender never took his wife for an outing in the 13 years of their marriage. “Suddenly he made a trip which is not digestible for us. He had started torturing her after their first daughter was born as he wanted to have a boy and not a girl,” Dixit said outside the morgue of the Lal Bahadur Shastri hospital where the post mortem was being conducted.

“We believe that it is not an accident. It was a planned murder and we urged police to investigate the matter, especially the car. We want justice for Anjana,” Dixit added.

Anjana and Upender, who hail from Etah, got married in 2005. Upender was working in a car showroom while Anjana was a homemaker.

Shyam, another relative of Anjana, said “Upender used to beat and torture her. Earlier, he had threatened her several times and often said he would burn her and also opened a gas cylinder.” Another relative Alok said neither Upender nor his family members informed us about the incident. “He did not find her attractive. He also used to abuse her. Many times, he told us that he will kill her and we would not be able to do anything. He also had an extra-marital affair,” he said.

Upender denied to all the allegations and said “Why would I kill my wife and daughters? I loved them a lot. It was an accident and the fire started from the dashboard.

“I tried to save them and I also got some burn injuries while trying to rescue them. My wife and daughters were burnt alive in the car and I could not save them,” Upender said outside the morgue.

“I took the car on lease from Ola for my brother. It was 2018 model of ‘Datsun Go’. We got the car on Friday and from Monday it was scheduled to take its first ride. As it was my holiday, I took my family to Kalkaji temple for an outing,” Upender further added.

When asked whether the cops were also probing the murder angle, DCP (East) Jasmeet Singh said the probe was underway and it would be premature to comment on the case.

He said they were waiting for a report from the Forensic Science Laboratory.