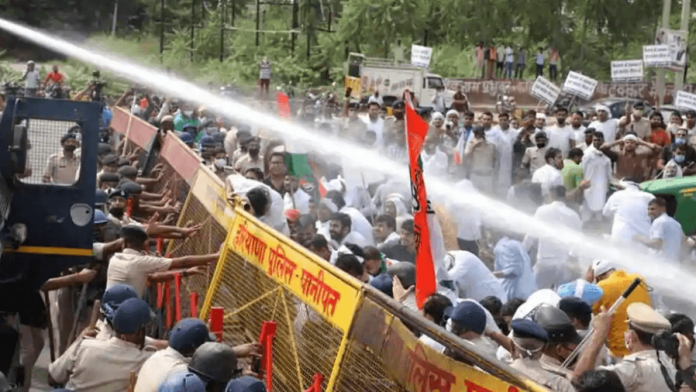 The aggrieved farmers’ organizations are demanding amendments to the agriculture bills to provide a legal guarantee for a minimum support price (MSP). The Narendra Modi government has assured farmers that the legislations are in their interest and the MSP regime is not being dismantled. PM Modi called the passage of farm bills a watershed moment in the history of Indian agriculture. PM also assured the farmers that the new farm bill is not against  Agricultural Produce Market Committee (APMC) mandis.

The Farmers’ Produce Trade and Commerce (Promotion and Facilitation) Bill, 2020, the Farmers (Empowerment and Protection) Agreement of Price Assurance and Farm Services Bill, 2020, and the Essential Commodities (Amendment) Bill, 2020, have been passed by both Houses of Parliament during the monsoon session and is waiting for President Kovind’s presidential assent to become law.

The Opposition has protested against the bills both inside and outside Parliament. Last Sunday’s uproar in the Rajya Sabha led to the suspension of Congress MPs Rajeev Satav, Syed Nasir Hussain and Ripun Bora, Trinamool Congress MPs Derek O’Brien and Dola Sen, CPI(M) MPs KK Ragesh and Elamaram Kareem and AAP’s Sanjay Singh.

Several social media users shared pictures of items like apparel, cups, keychains and chocolates that feature images or imprints of the tricolour on Amazon.in website, and asked for a ban on such items. They widely criticised Amazon and used hashtags like #AmazonInsultsNationalFlag.
Read more
Latest india news

The official trailer of Badhaai Do got released on January 25, 2022.  The film revolves around two people, Suman and Shardul, who decide to get in a heterosexual marriage alliance. Here is how Twitter is reacting.
Read more
Load more