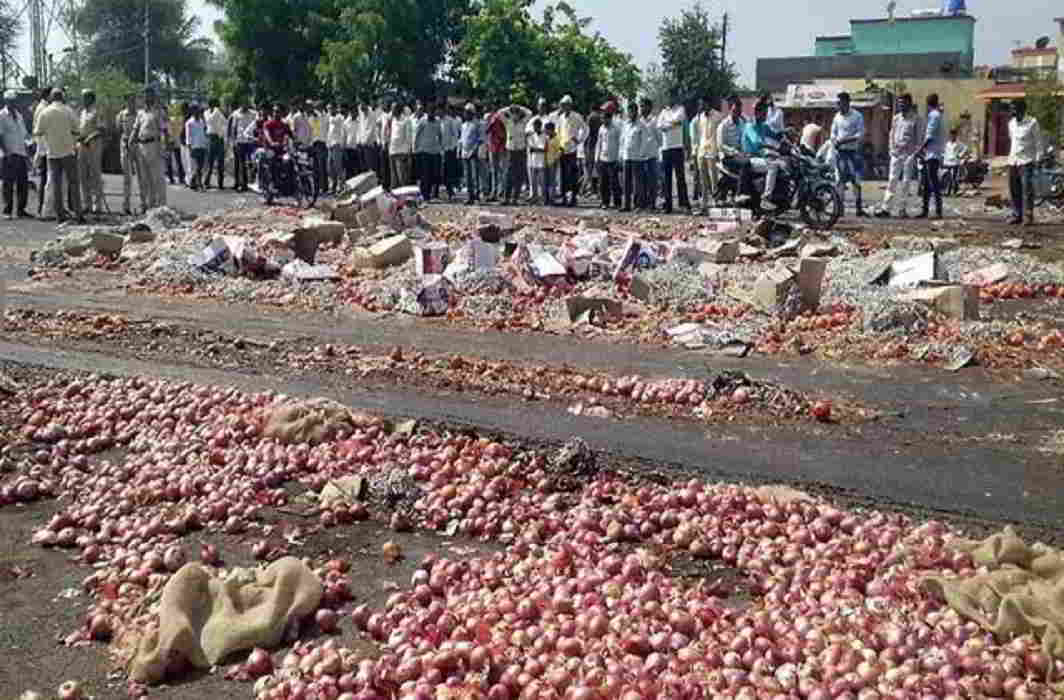 Maharasthra has announced a agricultural loan waiver scheme as farmers are on strike in neighbouring states including Madhya Pradesh and Karnataka.

As farmers across the country are taking to streets and the protests spread from one State to another, the BJP-led government in Maharashtra on Sunday announced a farm loan waiver scheme with conditions assuring the benefits reach only marginal farmers and “genuine farmers” who have been paying off their loans.

Maharshtra government’s announcement came as a major relief for the farmers who have been on an indefinite strike for the last week. The decision prompted the striking farmers’ organisation to cancel their ongoing protests.

Farmers across the country, on grief despite having a good harvest and monsoon, are on streets demanding loan waiver, better price for their produce and implementation of Swaminathan Committee report as a partial relief.

The agitations are spreading to other states including Tamil Nadu, Rajasthan and Karnataka, giving nightmares to Narendra Modi-led BJP government at centre.

Meanwhile in Maharashtra, Chief Minister Devendra Fadnavis-led government waived the loans of marginal farmers – 3.1 million out of the total 13.6 million  farmers – with immediate effect. The total cost of the waiver is yet to be known as the state government is already facing a debt crisis. Fadnavis last week had announced that a waiver for marginal farmers is possible but a blanket waiver for everyone would cost the government “an unaffordable Rs 1.114 trillion”.

Maharashtra revenue minister and senior BJP leader Chandrakant Patil told while announcing the waiver scheme, “Those farmers have to be helped who have repaid their loans regularly so that the credit culture and discipline is not disturbed. The committee will link farm loans with the farmers who are dependent on farming as their only means of livelihood and who deserve relief. Farm loans of all such farmers are being waived off.”

The announcement came after Fadnavis last week said the government was taking necessary efforts to implement “biggest farm loan waiver in the history of Maharashtra”. The ministers were joined by leaders and members of the farmers’ steering committee which led the protests in Nashik, Ahmednagar, Kolhapur, Sangli, and Pune districts. Many other leaders and outfits not invited for the talk,  termed the move “treason”.

Congress-ruling state Karnataka also saw protests by farmers demanding loan waivers. The party was criticised for its double stand where on one side the national leaders extending support to the agitating farmers and turning a blind eye to the plight of farmers in their own ruling states.