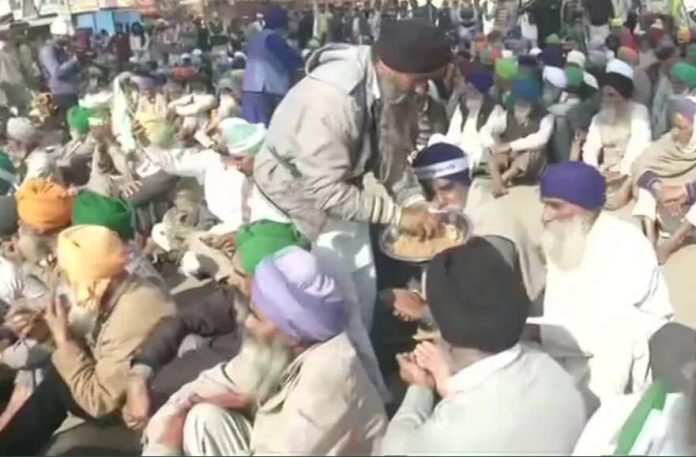 Home Minister Amit Shah said on Saturday evening that the Centre was willing for talks with farmers who are protesting against the new farm laws. In the first attempt by the senior leadership at solving the impasse, Shah appealed to the farmers to discuss with the government. He said Union Agriculture Minister Narendra Singh Tomar has already invited them for talks on December 3. Shah said every problem and demand of the farmers will be looked into.

Earlier today, some representatives of the farmers entered Delhi and took off their clothes and walked down city thoroughfares raising slogans. The protesting farmers from Punjab and Haryana are outside Delhi after massive showdown with the police at Haryana border. The police used water cannons and tear gas shells to control the agitated farmers.

After initially denying permission, the Delhi Police on Friday allowed the farmers to enter Delhi, but with police personnel escorting them to the Burari protest site. The protesters have started gathering at the protest site, Nirankari Samagam Ground in Burari. But not everyone has gone to the site.

A large number of protesters are not keen to move to designated the Burari site fearing their protest will be weakened and they will not get any leverage there. They continue to sit at Singhu and Tikri border and protest against the Centre’s contentious farm laws and have refused to go back until farm laws, what according to them are anti-farmers, are repealed.

Meanwhile, heavy security have been deployed at the Tikri border as the farmers have gathered in the Nirankari Samagam Ground to hold peaceful protest. Farmers gathered at the protesting site have said that their demonstration will continue till the Centre withdraws farm laws and that they are there for the long haul. The farmers protest march have entered the third day.

Former Congress President Rahul Gandhi has tweeted a galling picture where a security person can be seen swinging the lathi at a farmer. He wrote, the country’s slogan was Jai Jawan Jai Kisan but PM Narendra Modi’s ego has made a Jawan stand against a Kisan.

Bharatiya Kisan Union Spokesperson Rakesh Tikait has said the government has failed to address the issues of the farmers. The Union members are proceeding to Delhi now, he added.