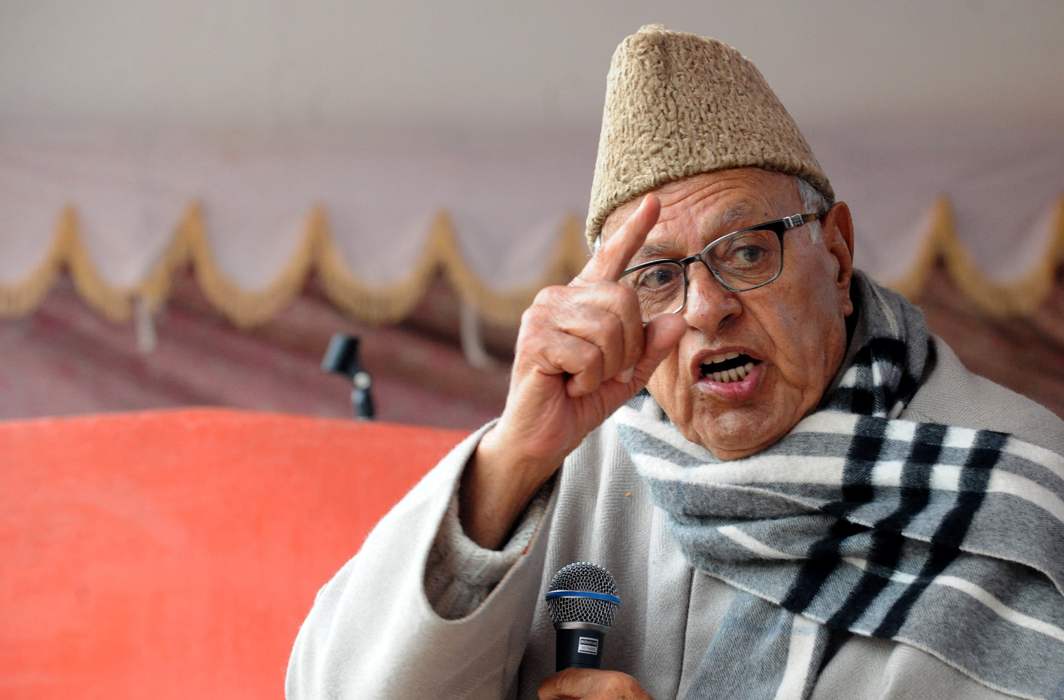 Former Jammu and Kashmir chief minister and National Conference (NC) chief Farooq Abdullah was heckled during Eid prayers at the 17th century Hazratbal mosque in Srinagar on Wednesday, for his emotional speech in which he raised slogans of “Bharat Mata ki Jai” at the end of the all-party prayer meeting for former prime minister Atal Bihari Vajpayee on Monday.

In other parts, violent incidents were reported with militants killing three policemen and a BJP leader.

Before the prayers, as the Imam spoke about Article 35-A (State Subject Law), Abdullah walked in. People started booing at him, with those present for the Eid prayer demanding his removal from the Masjid, reported Free Press Kashmir.

With the intervention of the Masjid Committee, Abdullah prayed at the Masjid but did not wait for the Khutbah (sermon). As soon as the prayer finished, Abdullah got up to leave. Some protestors took their shoes in their hands while shouting ‘Shame Shame’.

“I did not leave the venue and completed my prayers,” said the 80-year-old parliamentarian from Srinagar. “They are my own people. They are misguided and I cannot escape my duties of being their leader,” Abdullah was quoted as saying later by news agency Press Trust of India.

Abdullah wondered why the issue was being blown out of proportion by a section of the media. “A politician, at times, has to face people’s anger. I only hope these misguided youths are counselled properly,” he said.

Later in the day, Abdullah said he was not a person to be cowed down. “Agar yeh samajhte hai ki ise azadi aayegi toh mein inko kehna chahta hun ki pehle begaari,beemari aur bhookmari se azadi pao (If the people want freedom, they should first get freedom from bonded labour, illness and shortage of food),” ANI quoted Abdullah as saying.

“Azadi [freedom] won’t be achieved by shouting slogans, because in reality the border dividing India and Pakistan in Kashmir has not moved anywhere in the past 70 years. People behind booing and heckling should know that I won’t be cowed down or silenced by such acts,” said Abdullah.

The Lok Sabha MP from Srinagar said the time was right to have a peaceful dialogue between India and Pakistan. “There is a need to get rid of hatred. This country belongs to Hindus, Muslims, Sikhs and Christians and all those who live here,” Abdullah said.

An official said a policeman, Fayaz Ahmed Shah, 34, was fired upon by the militants when he went to offer Id prayers in Kulgam’s Zazripora area. Another policeman, Mohd. Yaqoob, died after gunmen fired upon him outside his house at Pulwama’s Louswani area.

In the third attack on the police, a sub-inspector, Muhammad Ashraf Dar, was shot dead at his house at Larve village. Dar, posted at District Police Lines, Budgam, was on leave to celebrate Id at home.

In another incident, a BJP activist was shot dead in Pulwama. The body of Shabir Ahmad Bhat was found at Litter Rakh. The victim went missing around 6 p.m. on Tuesday.

Director General of Police SP Vaid said, “The political activist chose to go home in south Kashmir without the personal security officer, which proved fatal for him.”

He said the two deceased policemen [Yaqoob and Dar] “had ignored the advisory asking policemen not to go home without seeking permission and unprotected.”

The National Conference and the CPI(M) have condemned the killings. “My unequivocal condemnation of the use of violence to settle political differences,” said NC vice-president Omar Abdullah.

CPI(M) leader and MLA Kulgam, MY Tarigami said such incidents are “inhumane and unfortunate.” “The perpetrators of violence have achieved nothing except for rendering irreparable loss to the families of those killed,” he said.