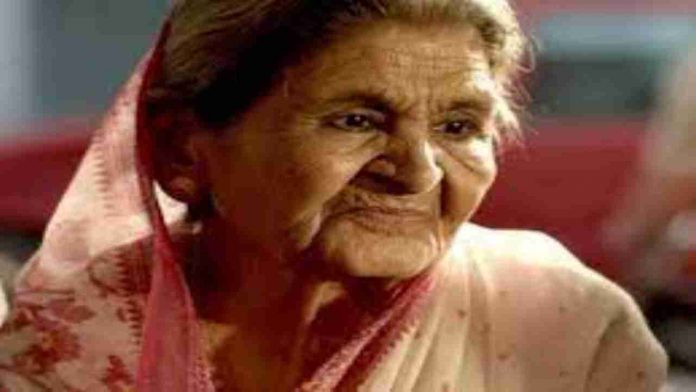 Veteran actor Farrukh Jafar passed away on Friday in Lucknow. She was 88 and succumbed to a brain stroke. The unfortunate news was confirmed by her grandson, Shaaz Ahmad.

Ahmed tweeted that his grandmother died around 7 pm at Gomti Nagar residence following a brain stroke. Her last rites will take place on Saturday at the Aishbagh Kabristan.

The deceased actor was known for playing Rekha’s mother in the 1981 film Umarao Jaan. She was last seen in Ayushmann Khurrana and Amitabh Bachchan’s starrer Gulabo Sitabo wherein she played the role of Big B’s mother.

Actor Ayushmann Khurrana condoled the death of his co-star and wrote Begum gayin, Rest in peace Farrukh Jaffar on his Instagram story.

Bollywood screenwriter Juhi Chaturvedi also mourned the death of the actor. Sharing a still from the film Gulabo Sitabo, Juhi wrote that there would be no one like Farrukh ji. Thank you from the bottom of my heart for forming a bond with me.

Born in 1933, Farrukh graduated from Lucknow University. She was married to journalist and politician, Syed Muhammad Jaffar. She bagged the Filmfare Award for Best Supporting Actress for her role as Fatima Begum in Gulabo Sitabo and became the oldest winner of an acting Filmfare.