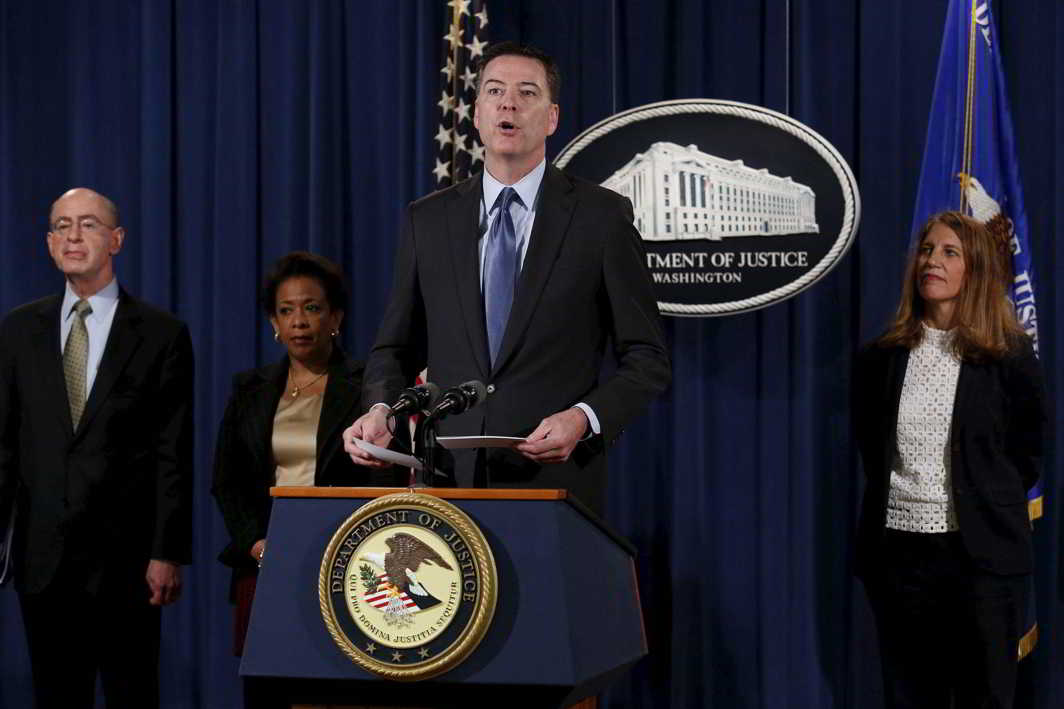 James Comey’s sacking by President Trump is seen as having been triggered by his insecurities vis-à-vis his campaign’s purported ties with Russia. Many feel the agency will be turned into a handmaiden of the executive

The summary sacking of FBI director James Comey by President Donald Trump on Tuesday sent shock waves through Washington’s administrative spine. In India, though, such would probably be treated as another day at work, or off it, by directors of the country’s premier investigating agency, the CBI. With two of them already under Supreme Court-directed investigations, and many others glum at having played handmaiden to ruling parties, one can claim to have reached American standards.

The US now is headed down an administrative spiral, a drop engineered by the insecurities within President Trump.

Trump has been known to be an admirer of Russian President Vladimir Putin, and he has said so during the campaign and even afterwards, in no uncertain terms. When enough inside information on the Clinton campaign was suddenly leaked, it was assumed that there was a Russian hand in trying to defeat Clinton.

The Comey firing was also surprising, because Comey had told Trump that the President personally was not being investigated. It came as such a shock to Comey that he later commented that he had initially thought it was a joke.

The sack letter that Comey got was pretty unusual. It said: “You are hereby terminated and removed from office, effective immediately. While I greatly appreciate you informing me, on three separate occasions, that I am not under investigation, I nevertheless concur with the judgment of the Department of Justice that you are not able to effectively lead the Bureau.

“It is essential that we find new leadership for the FBI that restores public trust and confidence in its vital law enforcement mission,” Trump wrote in the letter.

Trump’s spokesman Sean Spicer has been reported as telling the media that the President “has accepted the recommendation of the attorney general and the deputy attorney general regarding the dismissal of the director of the Federal Bureau of Investigation.”

This is an interesting development, in which the FBI would be turned into a handmaiden of the executive, quite like what has happened with India’s CBI. These are supposed to be independent and autonomous investigative agencies of democracies and when the authority and autonomy of such critical institutions are destroyed, the entire justice process in the country lies in a shambles.

In India, already the Supreme Court has ordered the investigation of two former directors—AP Singh and Ranjit Sinha—of the CBI, who had misused their powers to benefit ruling power bases and themselves. The investigations are being conducted by the CBI itself. CBI directors in India have earned the reputation of toeing the line that the ruling party lays down, and even though such action is blatant, the agency is supposedly independent of outside influence.

The FBI’s problem was a little different till now. It was initiated and formed with the J Edgar Hoover as its first director on July 26, 1908, during the term of President Theodore Roosevelt with the motto Fidelity, Bravery, Integrity and it had carried out a number of investigations into political as well as apolitical cases. This ‘credibility’ was also its problem. It was said that Hoover amassed a huge database on most top politicians, including Presidents and later President Harry S Truman has said that Hoover transformed the FBI into his private secret police force.

This was a scary scenario for politicians and soon they engaged in trying to clip its wings. Comey was probably the last vestige of credibility and power of the agency. It must be remembered how, during the campaign, the agency would not let go Hillary Clinton’s e-mail controversy and it was only late into the campaign that Hillary was let go of having any direct links to sensitive material in the e-mails. One has to seriously think of what Clinton would have done to Comey had she become president.

The CBI was formed in 1941 as the Special Police Establishment, and DP Kohli was the founding director when it became the CBI. The CBI is autonomous to the extent that it is answerable to a number of power centres. Its public prosecutors are sourced from the Law and Justice Ministry, its anti-corruption cases come under the supervision of the Central Vigilance Commission and its cadres and officers are sourced through regular examinations.  Its director is selected by a panel which comprises the Prime Minister ( he is the chairperson), the Leader of Opposition (at this point, there is no designated Leader of the Opposition) and the Chief Justice of India or a Supreme Court Judge recommended by the Chief Justice. This is the same panel that will select the Lok Pal, if the Act comes into force.

It would be difficult for the Prime Minister to summarily sack the CBI director, though he could easily pressure the panel into doing so. In the US, as we see, Trump could just sack Comey on a letter. But in India, the PM would not have to resort to such tactics, with the directors having become as pliable as the politicians want them to be.

In a way we are on a par with the US. Trump has seen to it. That in the process justice has been consigned to history’s dustbin, is a matter of minor detail.