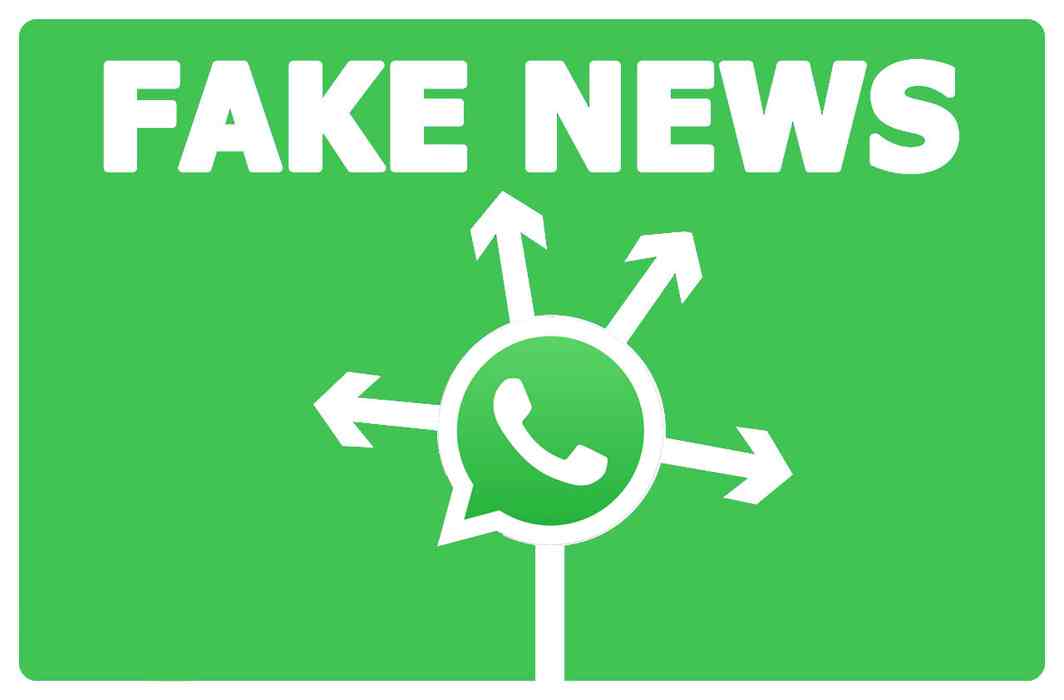 As a first step to fight circulation of fake news, WhatsApp has started introducing a label to help users identify forwarded messages. Essentially, it will help determine whether the message received was composed by the sender or created by someone else.

The new WhatsApp feature, rolling out for both Android and iOS users around the globe, is intended to limit the circulation of spam and fake news on its platform that has over 1.5 billion monthly active users worldwide and more than 200 million active users in India.

“Starting today, WhatsApp will indicate which messages you receive have been forwarded to you,” WhatsApp said in a statement announcing the new feature, according to media reports. “This extra context will help make one-on-one and group chats easier to follow […] WhatsApp cares deeply about your safety. We encourage you to think before sharing messages that were forwarded.”

Last week, a ‘Suspicious Link Detection’ feature was also spotted on WhatsApp that is designed to highlight the presence of a suspicious link in a message, said a NDTV report. The report said the app also restricted the dissemination of false messages through a ‘Send Messages’ permissions feature for groups that allow group admins to limit participants from sending messages.

The move has several limitations. To begin with, said the NDTV’s Gadgets 360 report, you need to have the latest WhatsApp version on your device to see the ‘Forwarded’ label. The label sits on top of the forwarded message to highlight that it hasn’t been created afresh for you.

But given the fact that the label doesn’t reveal the origins of a message, it won’t bring any sort of accountability. The people who send malicious messages will still remain untraced and unknown.

Besides, the feature doesn’t restrict users from copying-pasting the text and forwarding it as a fresh message, ensuring no ‘Forwarded’ label is visible in that case.

The effect of the ‘forwarded’ label is also doubtful. The fact that a message about kidnappers in one’s area is a forward (and not originally composed by whoever sent it) may not influence recipients to immediately assume it’s false. It could even have the opposite effect, and encourage them to believe that if it’s been shared from elsewhere, it might be information that should be taken seriously.

A report on web portal ‘TheNextWeb’ suggested WhatsApp could perhaps build a tool to empower everyone in a conversation to tackle misinformation. WhatsApp could allow people to mark forwarded messages as ‘bogus’ if they believe it contains misleading content, and then restrict these messages labeled ‘bogus’ from being forwarded to other conversations if it’s been voted as such by multiple users.

The report also mentioned Medianama editor Nikhil Pahwa’s idea for allowing users to identify select messages as ‘public’, or ‘forwardable’. He also proposed adding a unique ID to these messages so they can be traced back to their origin by law enforcement if necessary, and also wiped from every conversation on the platform after they’ve been reviewed by WhatsApp and found to contain misinformation.

Implementing solutions like these will require careful deliberation and plenty of testing to see if it works across a wide range of scenarios, and will need to address  privacy concerns and issues of censorship, said the report, adding, however, that  if WhatsApp is keen on tackling the spread of fake news among 1.5 billion users, it’ll have to do better than a ‘forwarded’ label.

The step by WhatsApp comes just after it brought out advertisements in key Indian newspapers to make people aware of various ways to understand the difference between fake and real news. The company also recently started taking help from local experts to fight misleading information.

The spread of misinformation on the messaging platform has provoked mob lynching in India and led to the killing of multiple people in many Indian cities. In the aftermath of the recent deaths, the government called on the company to address this issue in its largest user base in the world, and this is one of the steps it’s taking to help curb the spread of misinformation.