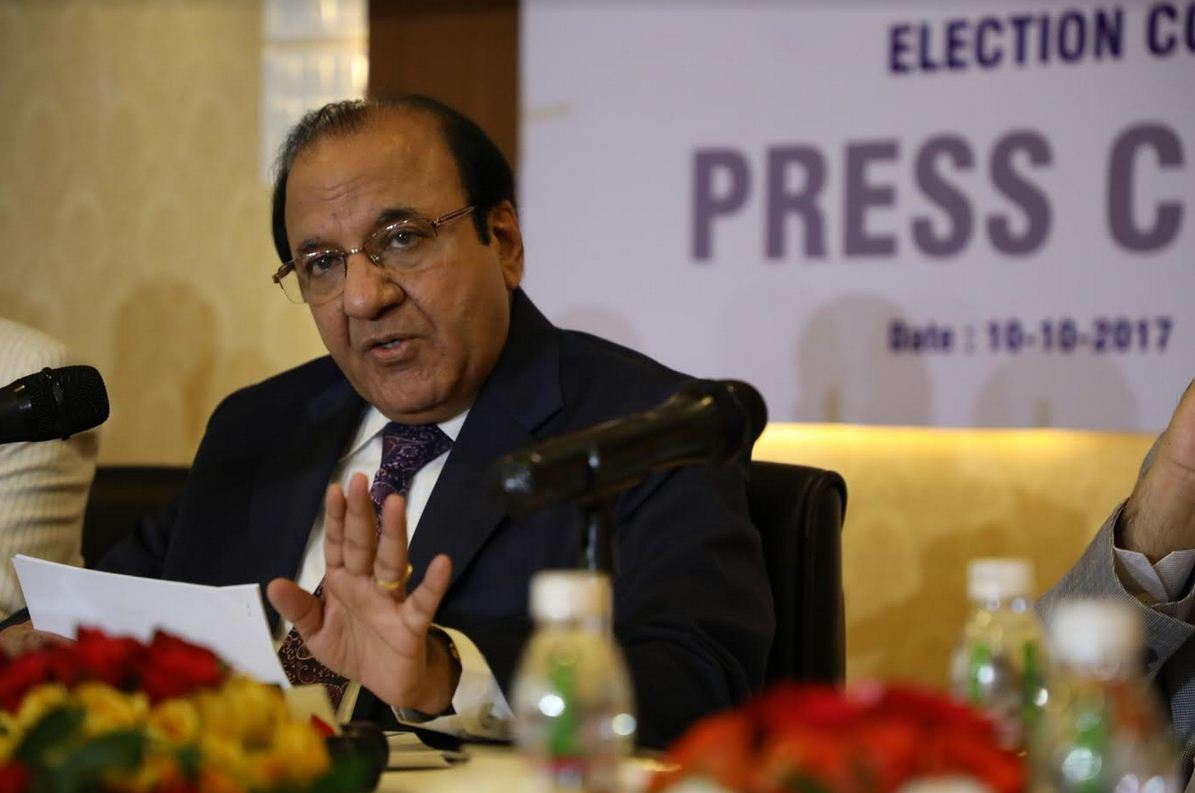 Amid allegations of delaying announcement of poll schedule at the behest of the BJP, Chief Election Commissioner AK Joti declared a two-phase election for Gujarat on Wednesday

Finally, Chief Election Commissioner AK Joti announced the schedule for the Gujarat Assembly polls on Wednesday. The BJP-ruled state will go to polls in two phases, the first scheduled for December 9 when 89 seats will see polling while the remaining 93 constituencies will witness voting on December 14. The model code of conduct for Gujarat elections has come into effect with the announcement of the polling dates.

The result for the 182-member Gujarat Assembly will be declared on December 18 along with those for the 68-member Himachal Pradesh Assembly for which elections are scheduled to be held onNovember 9.

Chief Election Commissioner (CEC) Joti had been under attack from the Opposition parties since October 12 when he announced the poll schedule for the Congress-ruled Himachal Pradesh but deferred declaring the election dates for Gujarat. The Congress has maintained that Joti’s decision to delay announcing the Gujarat election was the result of pressure from the BJP leadership and Prime Minister Narendra Modi, in a bid to help the saffron party announce sops for voters in the western state that has been under BJP-rule for nearly 22 years.

On Wednesday, Joti said that all electronic voting machines in Gujarat, like in Himachal Pradesh, will be equipped with voter verified paper audit trail (VVPAT) to help voters cross-check whether the vote cast by them has been registered against their favoured candidate or not.

In a first, the Election Commission will also set up one polling station in each of the 182 assembly constituencies of Gujarat to be managed entirely by women staff, including polling officials and security personnel.

Both Gujarat and Himachal are expected to see a direct clash between the Congress and the BJP. While a India Today-Axis Opinion poll, declared on Tuesday, claims that the BJP is looking at a comfortable victory in both these states – ousting the Congress from Himachal while retaining Gujarat – several political analysts have disputed the report, claiming that the BJP may not really have an easy victory in Gujarat while the Congress could retain Himachal.

We are ready, confident that BJP will win 3/4th majority: Gujarat CM Vijay Rupani on announcement of #GujaratElections2017 dates pic.twitter.com/Kw1ZjM67Yt

In the 2012 assembly polls in these states, while the Congress had faced yet another defeat by the BJP in Gujarat, where the saffron party was led by then chief minister Narendra Modi, it had managed to score a win against the BJP in Himachal Pradesh paving the way for Virbhadra Singh to return to the chief minister’s office for a record sixth term.

Despite opinion polls showing an easy win for the BJP in both the poll-bound states, the saffron party seems to be headed for a tough battle – perhaps its most difficult one in recent years – in Gujarat where it has dominated the political landscape for over two decades. The Congress is aggressively working towards stitching a rainbow coalition of communities that are seemingly unhappy with the BJP over their respective issues. If the party succeeds in getting a Dalit-Adivasi-Patel-Muslim alliance, with activist-politicians like Alpesh Thakore (who has already joined the party), Jignesh Mevani and Hardik Patel to actively solicit votes for the Congress, then it may pose a formidable electoral challenge for the BJP in Gujarat.