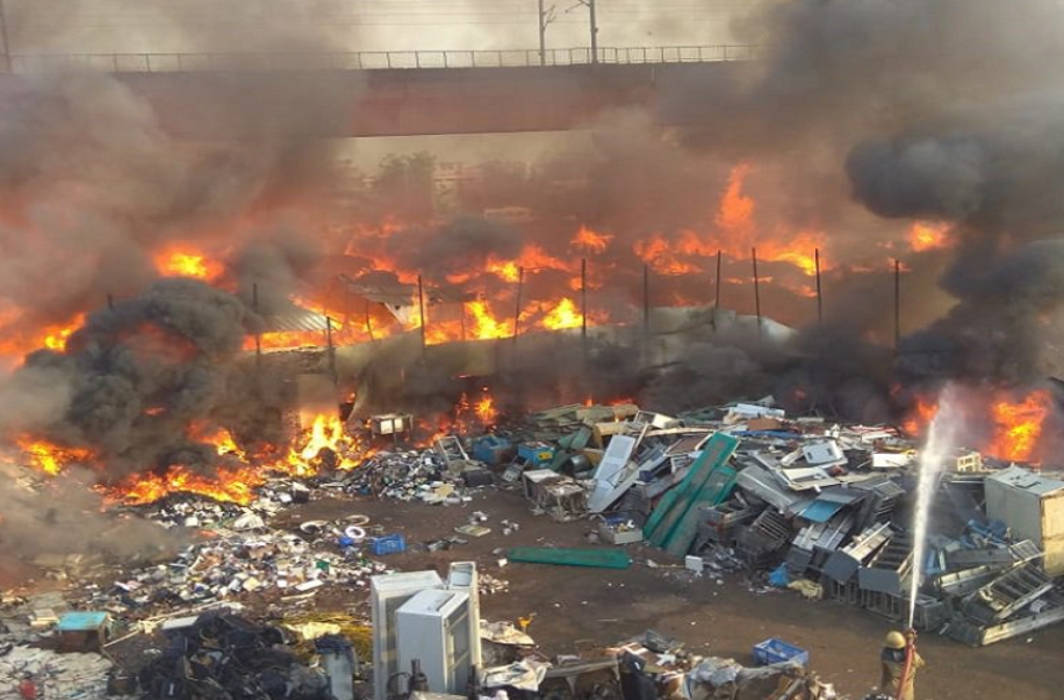 There were no reports of any casualties, Delhi Fire Services said.

“The fire was reported at 5.55 a.m., and 17 fire tenders were immediately rushed to the spot,” said Atul Garg, Director, Delhi Fire Services.

The fire engines are trying to bring fire under control.

The fire has also affected Metro train services on the Magenta Line. Officials said no train would run between Shaheen Bagh and Botanical Garden stations till the fire is brought under control.

In another incident in Northwest Delhi’s Pitampura, a 10-storey residential building caught fire on Thursday. Fire officials confirmed that over a 100 people were rescued safely and none of them were injured. It took 15 fire fighters to tender the flames that broke out on the fifth-floor of the building.

Ajit Chaudhary, a resident of the building, called the Delhi fire service immediately after he sensed smoke coming out of the hall. Chaudhary’s house allegedly caught fire because of a short circuit in the air conditioner. The house suffered major losses in the fire.