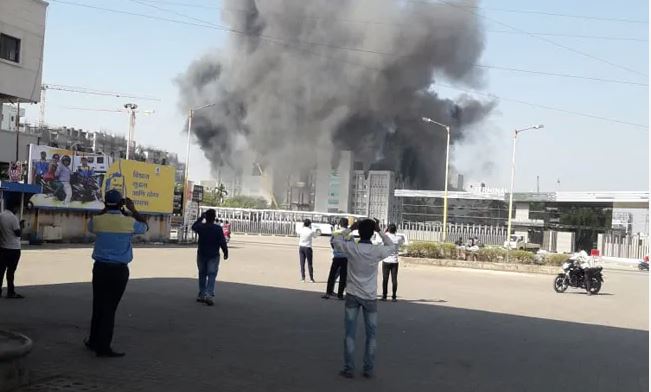 A massive fire broke out at Pune-based vaccine manufacturing company Serum Institute of India on Thursday, killing five people. At least nine people who were trapped inside were evacuated from the under-construction building in SSI’s Manjari premises in Pune, police said. The company manufactures Covishield – the coronavirus vaccine that is developed by Oxford University and AstraZeneca. The vaccine has been given authorisation in India recently and is being used to inoculate Indian citizens in a mega vaccination drive.

Adar Poonawala, CEO of Serum Institute of India, offered his condolences to the families of victims who died in the tragic event.

However, he assured all governments and the public that fire would not affect the production of Covishield due to multiple production buildings that he had had kept in reserve to deal with such contingencies at @SerumInstIndia.

Murlidhar Mohol, the Pune mayor, said the cause of the fire is yet to be ascertained but there are speculations that welding, that was going on at the building, caused the fire.

Maharashtra Health Minister Rajesh Tope confirmed that the fire took place due to some ongoing welding work as some insulation material, which is inflammable, was kept near the work site.

ANI has reported that fire has broken out again in one compartment of the same building at Serum Institute of India (SII), in Pune. Fire fighting operation is underway.