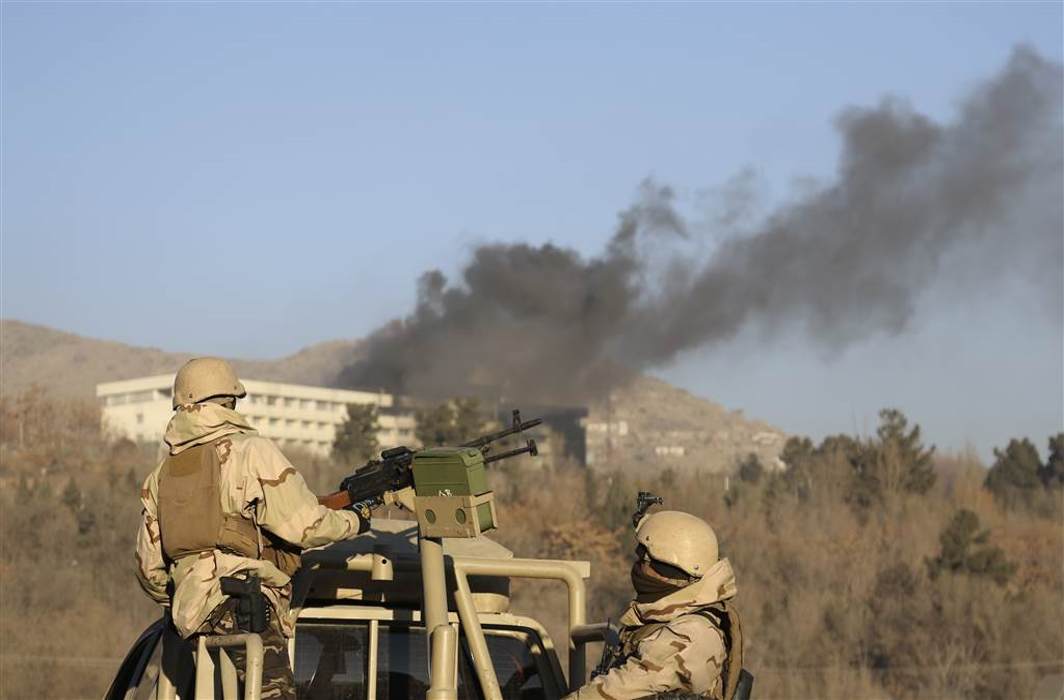 Kabul is once again under terror attack. At least five people have been killed and six others wounded in a terror attack at a most secured five start hotel by gunmen, who stormed late Saturday evening. Security forces were still busy in flushing out the building where more terrorists were considered to be holed up.

According to TOLO News, a Kabul based news channel, Najib Danish, the spokesman for the Interior Ministry addressed journalists early Sunday morning close to the Intercontinental Hotel and informed that so far five civilians have been killed and six wounded, including three security force members, in the ongoing siege. Five floors have been cleared of insurgents and only the sixth floor remains, he said.

He said that by 8.30 am two attackers had been killed and security forces were still looking for at least one more if not two. Over 100 guests, including 16 foreign nationals and staff had been rescued. He denied of a hostage situation in the hotel. All wounded had been Afghan nationals, he asserted.

TOLO News channel showed desperate people trying to escape from the 6th floor of the burning building just after 8am Sunday morning. This comes after gunmen stormed the hotel at about 9pm on Saturday night. By 8.30am on Sunday the situation still had not been brought under complete control, the report said.

Aljazeera sources in Kabul said that two attackers had been killed and one or two others were believed to be still resisting. Afghan Special Forces were fighting the surviving gunmen who attacked the hotel on Saturday and seized hostages. 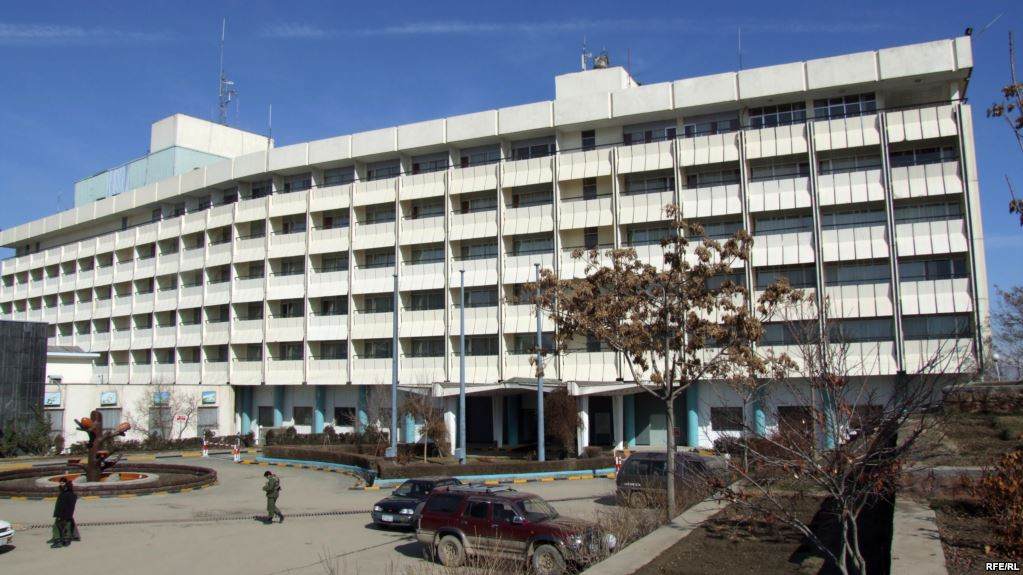 Jennifer Glasse, Aljazeera correspondent says, “Security forces are going floor-to-floor in that hotel, trying to flush out those attackers.”

A person inside Hotel Intercontinental Kabul described a “very dire situation”.”I spoke with somebody inside the hotel … [who] said attackers were inside the hotel and set fire to a number of floors,” said Glasse.

Aljazeera journalist further said, “We know that there were guests inside the hotel at the time of the attack and that a wedding was also going. The interior ministry said that those in the wedding party have been evacuated, as have some guests and staff.”

A witness has reportedly said that part of the building, one of the largest luxury hotels in Kabul, was on fire. Explosions were also heard throughout the night  while special forces, including the Crisis Response Unit, tried to end the siege. Two batches of extra security force, including foreign troops arrived at the scene at about 4am and at 7am.

The terror attack came days after US embassy in Kabul issued a warning saying that armed groups may be planning attacks against hotels in the city.

Glasse says, “Kabul has been on high alert for the last few days as prominent delegations have come through the city.”

The Hotel Intercontinental Kabul, situated on a hill overlooking the capital, is usually heavily guarded because of its popularity. Government officials, guests and foreign journalists prefer this hotel for better security arrangements.

Earlier in 2011, this hotel came under attack when security forces killed the attackers. However, 10 civilians were killed in the attack.

No group or individual has claimed responsibility for the attack so far.

On December 28, militants attacked a Shia cultural centre in Dashte Barchi area in Kabul, killing 50 people and injuring 80 others, during a discussion held to mark the 38th anniversary of the Soviet invasion of Afghanistan.