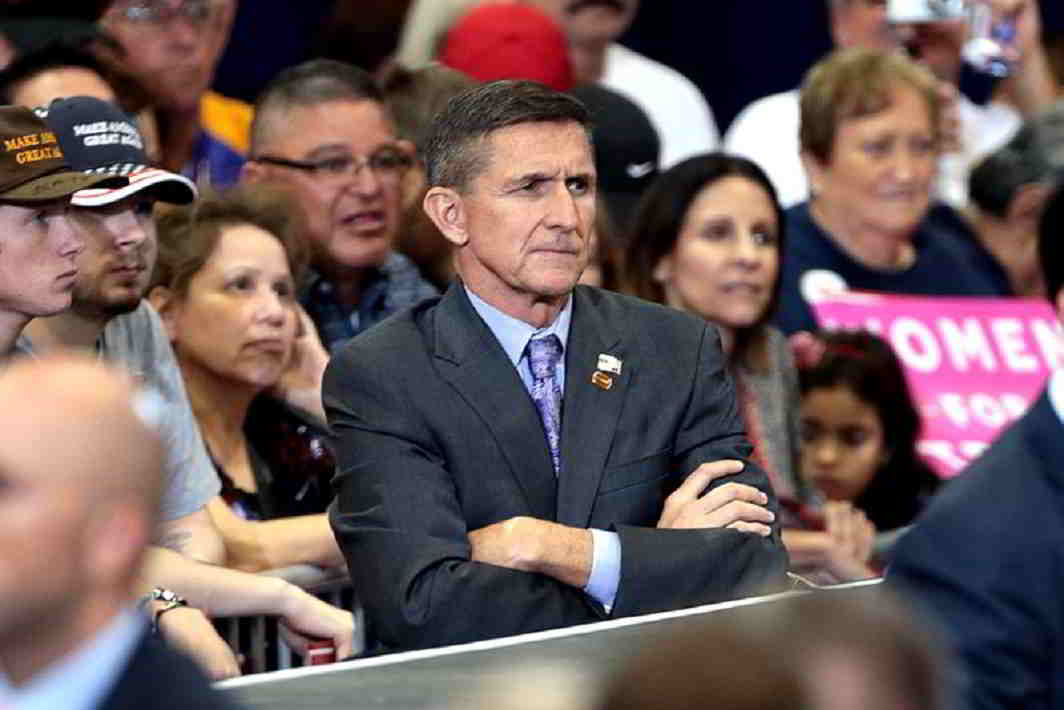 He is now under Pentagon lens for money received after retirement as US Army general from Russian, Dutch and Turkish interests

Lt Gen Michael Flynn, a retired US Army general and former National Security Adviser to President Donald Trump, is in more trouble. Apart from his exposed close links and discussions with Russia during the Republican Presidential candidate’s campaign, leading to Flynn’s resignation from his top presidential post, he is now being investigated by a Pentagon body on monies that Flynn had received after retirement as general from Russian, Turkish and Dutch interests.

This does not add credit to Trump’s position as the chief executive of the country, having positioned Flynn in one of the most sensitive government chairs despite protests and warnings from top officials. Little affects ‘duckback’ Trump, but this is a matter national security and a matter of rules being flouted.

All US top brass, including top politicians, up to the level of past Presidents, take up major consultative positions that earn them millions. They write books, do lecture tours and are paid as lobbyists for other countries. This is an accepted norm in that country and nobody raises eyebrows.

However, the situation is a little different for a retired US Army general. The US Constitution’s emoluments clause states that he may be called back to duty in an emergency. Keeping this in mind, the Pentagon advises all retiring army generals to get all foreign monies that he may receive, cleared by it.

Initial findings have indicated that Flynn had taken huge sums of money from Russian, Dutch and Turkish interests.

Now the Pentagon has said, and a Washington Post  report reveals, that Flynn had “received $ 45,000 to appear in 2015 with Russian President Vladimir Putin at a gala dinner for RT, a Kremlin-controlled media organization. He also worked as a foreign agent representing Turkish interests for a Netherlands-based company, which paid him $530,000 last fall.”

Those are big sums of money. And money, especially from Russia, which definitely is not a US “ally”, was sure to be looked upon with suspicion, even if Flynn had not decorated the National Security Adviser post thereafter.

The Democrats are delighted with this find, and the Post report says that on Thursday Democratic representative Elijah E Cummings, who is on the Oversight Committee, released for all an October 8, 2014 letter of the Defense Department that carried a clear warning from a lawyer of the department to Flynn, warning him against taking money from foreign sources without prior permission.

If the reason for Flynn’s sacking from the top government post was not enough—lying to the Vice-President about his connections with Russia and about talking sensitive matters with them—this looks like the last nail in Flynn’s political coffin.

Corruption allegations are something that politicians around the world take in their stride. They are like those minor angina stings that a pill can take care of. Hazards of the profession, they say. However, when it is about national security, and when it involves “Russia”, a country whose position in American eyes is going from bad to worse, there is a possibility of all hell breaking loose.

If that happens, Trump, too, will not remain immune. As it is his public approval rating has been falling over the weeks and his recent executive orders (especially on corporate tax cuts) have received flak from all corners, including the mainline media.

The Post report adds a layer of issues. It says that, according to Flynn’s lawyer Robert K Kelner, Flynn had informed the Defense Intelligence Agency (his department before retirement) before and after that trip. However, it is being said that the problem lies in the money received and not the trip per se. That part was not discussed.

Let us see this in the light of India-Pakistan relations. There have been instances where former Pakistani bureaucrats have earned through work in India. Television Appearances occasionally pay. However, if these were to be done under cover, especially when relation between two countries is at a low, problems are bound to arise.

Hence the probe. Hence the ticking time bomb for President Trump. If he fails to own up to his faults and change his stance, he is sure to be clean bowled.