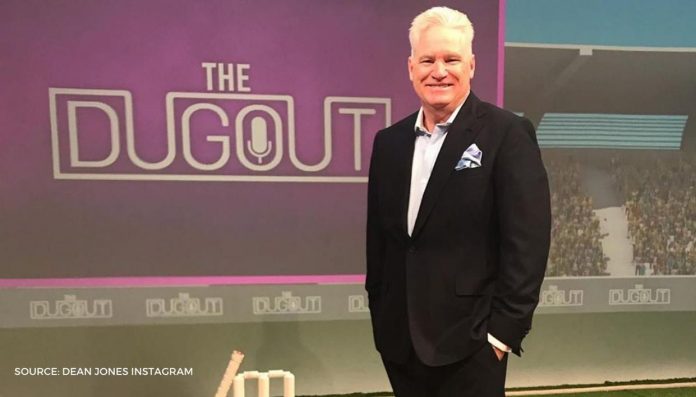 Former Australian cricketer Dean Jones died of a massive heart attack at the age of 59 in Mumbai on Thursday. A part of the Star Sports commentary team, Jones was in a bio-secure bubble in a seven-star hotel in Mumbai. He was assigned to do off-tube commentary on the Indian Premier League (IPL) 2020 currently underway in the United Arab Emirates.

Jones has been an active cricket analyst and is known for his outspoken nature. He is a popular figure in the Indian media. His show ‘Prof Deano’ was extremely popular on NDTV. He has commentated in various leagues of India and the world.

Dean Mervyn Jones played Tests and ODIs for Australia. Jones played 52 Tests scoring 3631 runs with an average of 46.55. Jones scored 11 centuries with 216 as his best score in second tied test in history in 1986 against India at Madras (now Chennai). He was an important member of Allan Border’s team. Jones also played 164 ODIs and scored 6068 runs with the help of seven centuries and 46 fifties.

Star India, in its official statement, said, “It is with great sadness that we share the news of the passing away of Mr. Dean Mervyn Jones. We express our deep condolences to his family and stand ready to support them in this difficult time. We are in touch with the Australian High Commission to make the necessary arrangements.

“Dean Jones was one of the great ambassadors of the game associating himself with cricket development across South Asia. He was passionate about discovering new talent and nurturing young cricketers. He was a champion commentator whose presence and presentation of the game always brought joy to millions of fans. He will be sorely missed by everyone at Star and his millions of fans across the globe.”