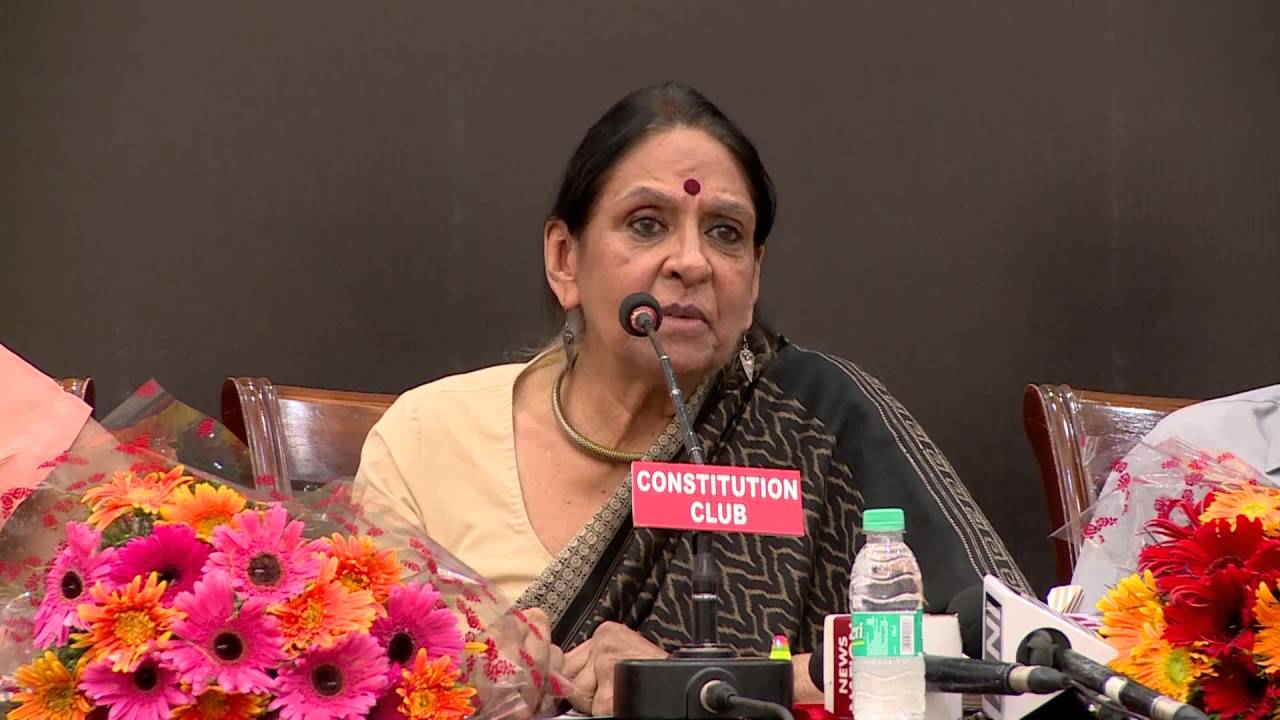 Jaitly , a close aide of former defence minister George Fernandes makes a slew of allegations against Sonia Gandhi, other Congress leaders in her memoirs

Former Samata Party president Jaya Jaitly has accused the Congress of having a hand in the Tehelka sting ‘Operation West End’, which led to then defence minister George Fernandes’ resignation from the Atal Bihari Vajpayee-led NDA government. In her autobiography, released on Tuesday, Jaitly – a close aide of Fernandes – has also alleged that when the UPA government came to power, Congress president Sonia Gandhi had asked then finance minister P Chidambram to ensure that Tehelka’s alleged financiers are not treated in an “unfair” or “unjust” manner.

Jaitly has made these claims in her memoir, ‘Life Among the Scorpions: Memoirs of an Indian Woman in Public Life’. The book hints at the links between Sonia Gandhi and the Tehelka news portal, particularly in the Tehelka sting ‘Operation West End’.

Enclosed Sonia Gandhi's letter to show truth behind claims against me: Jaya Jaitly on her book

The sting operation had created a huge scandal during the Vajpayee regime through its visuals that showed then BJP national president Bangaru Laxman, Jaya Jaitly and several other high ranking defence ministry officials and Army personnel accepting bribes from reporters posing as representatives of a (fictitious) London-based arms manufacturing company called West End. The sting operation had catapulted Tehelka magazine into international prominence while it effectively ended the political careers of George Fernandes, Bangaru Laxman and Jaya Jaitly. Tehelka was then run by veteran journalist Tarun Tejpal who is now facing trial in a rape case.


The memoirs of Jaitly revisit the Operation West End controversy, her alleged role (or innocence) in the bribery scandal, pin the blame on the Congress for covertly arranging the sting and in later years following the Congress-led UPA coalition coming to power, the alleged role of Congress president Sonia Gandhi in helping Tehelka financiers get away from a probe into allegations of their financial impropriety.

“I included the letter in my book to show the truth behind accusations against me that I met with wrong people and assured them of my help in exchange for money. The wrong people were fake. Neither did I give them any assurances, nor asked and received any money. I have been going to court for nine years for the wrong allegations (sic),” Jaitly told news agency ANI while responding to queries on the supposed revelations she has made against Sonia Gandhi.

Jaitly’s accusations have given BJP leader and known Sonia-basher Subramanian Swamy another chance to hit out at the Congress president and seek investigations against her.

Swamy has urged the CBI and the Enforcement Directorate (ED) to register a case against the Congress president on the basis of letters revealed by the former Samata Party president in her book.

“CBI can register a case in the preventional corruption act because she(Sonia Gandhi) wrote the letter under the official title of the chairman of the National Advisory Council and ED can file a case of money laundering. Both Chidambaram and Manmohan Singh are equally culpable because they had assisted in the commission of the crime,” Swamy told mediapersons.

Swamy claimed that he had released a similar letter two years ago, but nobody took it seriously at that time.

Jaitly referred to the ongoing nine-year-long corruption case against her, wherein the CBI filed a charge sheet alleging that she had accepted a bribe of Rs 2 lakh in 2001 (as shown in the Tehelka sting). She was alleged to have accepted the money in exchange for persuading former defence minister George Fernandes to award the contract of hand-held thermal imagers to the fictitious company West End International.

There are, in total, three letters enclosed in Jaitly’s book – a letter by Tehelka directors and a letter by Tehelka Financiers – First Global addressed to Sonia Gandhi and the third letter from Sonia Gandhi to then finance minister P Chidambaram on behalf of Tehelka and its financiers. The book further hints that Sonia tried to convince Chidambaram to shield the Tehelka financiers.

“I positioned the letter in such a way to show that a letter was written to someone who is even above the prime minister, who then wrote to the finance minister relating their problem, and immediately the problem was solved. This is the reality unlike the allegations against me which are fake,” Jaitly said, and added, “to save a person, who paid Tehelka to conduct a sting operation, there must be some connection.”

The letter by Sonia was written merely months after the UPA formed the government, with Dr Manmohan Singh as the Prime Minister.

“Without having any official post in the government, Sonia Gandhi writing letter to the finance minister shows how much power she held,” Jaitly said, adding: “Unlike the usual delay in official matters, an action was taken within five days. They were so energetic. Was this the only work they had after coming in the Centre?”

Meanwhile, Congress leader Manish Tewari reacted to the entire controversy and said ‘Tehelka’ was targeted by the NDA-BJP government for exposing the dirty dealings of their associates.

“In 2001, a news portal called Tehelka carried out a sting, in which they exposed the dirty dealings of a number of eminences associated with the NDA-BJP government, including the then BJP President Bangaru Laxman. He was caught on candid camera taking money for allegedly doing favours in a defence deal. Subsequently, the NDA-BJP government came down like a tonne of bricks on that news portal,” Tewari claimed.

“It was the classical case of shooting the messenger rather than listening to the message. Exactly in the manner in which today the Enforcement Directorate, the Central Bureau of Investigation and the Income-Tax department is being abused by this government against its political opponents. In fact, a commissioner inquiry was constituted that got nowhere and on the other hand, a news organisation which had done its legitimate duty was hounded to the ground. Under those circumstances, an intervention with the right intent for the freedom of speech and expression was done at that point of time to ensure that vendetta and witch hunt comes to an end,” Tewari said.

Meanwhile, Chidambaram has said that he does recall making a noting on the letter by Sonia but without disclosing its contents, the former finance minister instead has asked the media to seek copies of the said letter from the government, claiming that once his response is read along with the letter by Sonia that Jaitly has produced in her memoirs, the truth behind the Samata Party chief’s allegations will be exposed.