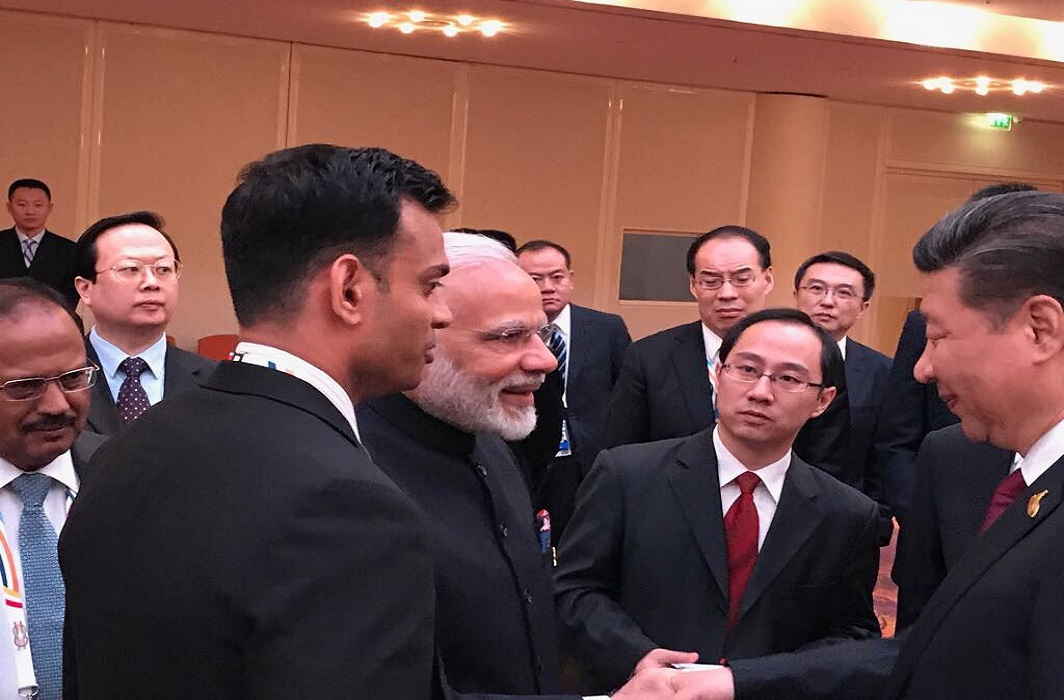 Prime Minister Narendra Modi and Chinese President Xi Jinping came face to face at the BRICS leaders meet on the sidelines of the G20 summit in Germany’s Hamburg on Friday. The two leaders shook hands and greeted each other even as the stand-off between the Indian and Chinese troops continue at the Sikkim sector.

During the informal meeting of the five BRICS countries, the two leaders also exchanged words of praise in their speeches.

A foreign ministry statement said that Mr Xi “appreciated India’s strong resolve against terrorism and the momentum in BRICS introduced under India’s chairmanship and through the outcomes of the Goa Summit in 2016. He also appreciated India’s success in economic and social development and wished India even bigger success”.

“PM Modi appreciated momentum in BRICS under the Chairmanship of President Xi and extended cooperation and best wishes for the BRICS Summit to be held in China’s Xiamen later this year,” the ministry said.

However, the two leaders are not scheduled to hold any bilateral meeting. Beijing has said the atmosphere is not good for a formal meeting between them due to the face-off between their armies. In response, India clarified that it had not sought such a meeting.

The two leaders had last met in the Kazakhstan capital last month during the SCO summit.

The armies of both the countries are in a stand-off since the last month after the Chinese soldiers crossed the border and attempted to begin constructing a road in Doklam. Both countries accuse each other of violating border agreements.