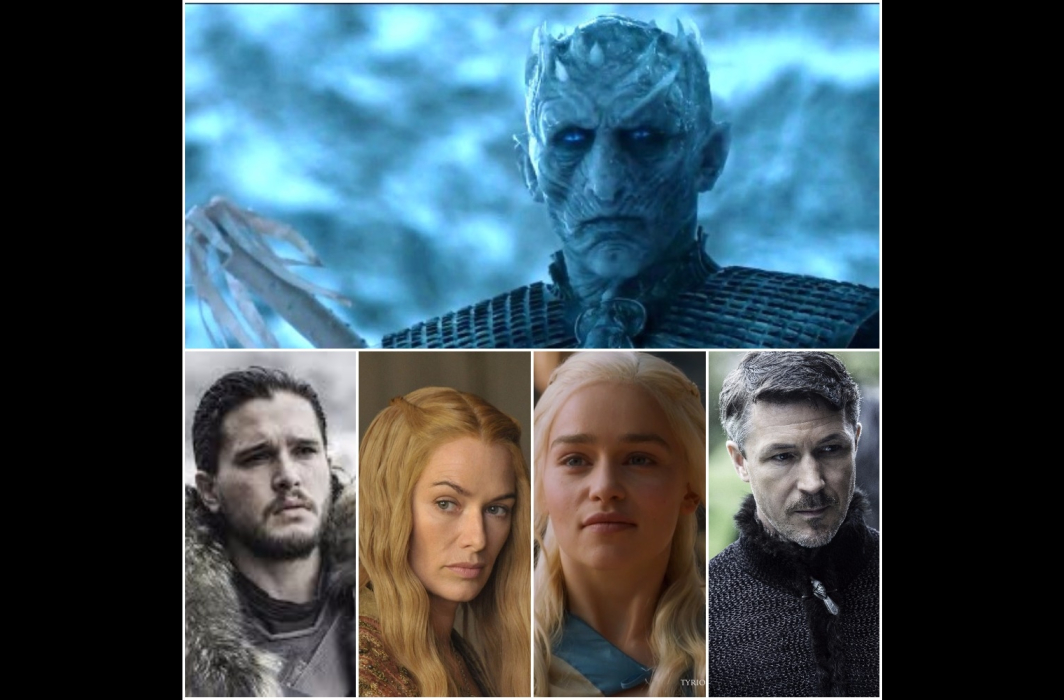 Blaze of battle.. Political machinations.. A clash of Kings. With just hours away from the penultimate   season of the epic fantasy, Game of Thrones, we finally seem to have found ourselves in the state of Détente. The closer we get to find the issues awaiting resolution, the more we assess a wide spectrum of emotions resulting from the top character’s policy, to claim a right to The Iron Throne.

Part of the real tension ahead of the first episode is because of the lack of good stuff on the previous outing of show. Threads of the grand story were loose and seemed interminable in the last season. There were, of course, some great moments in the later episodes of the show but at the expense of initial plot of the storyline. Though I am hopeful of blood, fire (of Dragons, of course) and all-around mayhem and betrayal which the trailer has promised (I am not into the prince that was promised thing). Here is a quick 5 question from the trailer we want answers to which has promised us of being compelling and convincing.

Will Samwell Tarley return with some mystical and magical knowledge?

The best role model of parenting in Westeros, as said by Paul MacInnes, is ever to return then what will he bring with him (not Gilly, please) as he is preparing to become a Maester. Some mystical knowledge about how to overpower the white walkers would do for the starters. After all, he also has an experience of killing a white walker.

Will Baelish get into Sansa’s head and become the king of the North?

Till now, it is clear that he wants to sit at the Iron Throne for good long time with Sansa at his side. Even Varys, saw the burning ambition in his eyes at the start of the season 1. “A man with great ambitions and no morals…I wouldn’t bet against you.” Varys acknowledged. He is definitely a strong contender and a dark horse for the Throne but as far the all the seasons have progressed he may also top the soon-to-die list. (Valar Morghulis, Show runners have always got one death up their sleeves).

Will Jon Snow come to know about his ancestry and what effect it will have?

Internet was all flooded with the theory of Jon Snow ancestry as he also might be the prince that was promised. From the short glimpse of trailer, we can make out his visit to her mother’s statue, Lyanna Stark but not the purpose. He is seen strangling Baelish inside the dim-light cave, may be Baelish revealed it to him as one of his dubious scheme to fill the lust for throne in his mind as he is also in the line for the top post in Westeros. Hence, chaos and betrayal as promised.

Will Arya come closer to her ‘prayer’?

Arya’s character was stretched a bit but now as she is ready for the kill (Walder Frey just removed from the list) and set to take vengeance for what they did to her family. Though it seems near impossible, she has now but qualified as faceless man. There is also a hint of her meeting with the hound, the one she left to die.

Will Jon Snow and Dani form an alliance to fight Cersei?

This is the most expected theory as the visual and the voiceovers from the trailer have hinted us of a common enemy. There is of course Tyrion, who would want some parlay before such action. But the tension arises from the fact that the white walkers are on the verge of breaching the wall, and mostly depends on what Jon sees as the immediate threat. And going by the past experience of his, white walkers are sure the top enemy in his priority list.

Game of Thrones Season 7 will commence at 9 pm on HBO on July 16 to be aired for every Sunday for seven weeks. The fantasy drama has received 38 Primetime Emmy Awards and four nominations for the Golden Globe Award for best Television Series-Drama (2012 and 2015-17).  You can watch the premiere on Hotstar, a digital and mobile entertainment platform, owned by Star India. You can also watch it on the next morning, July 17 at 7:30 am on either app or on their website.

Sean Connery, Scotland’s most famous export after Scotch whisky and golf, dies at 90

Justin Bieber, Hailey Baldwin gets married for the second time