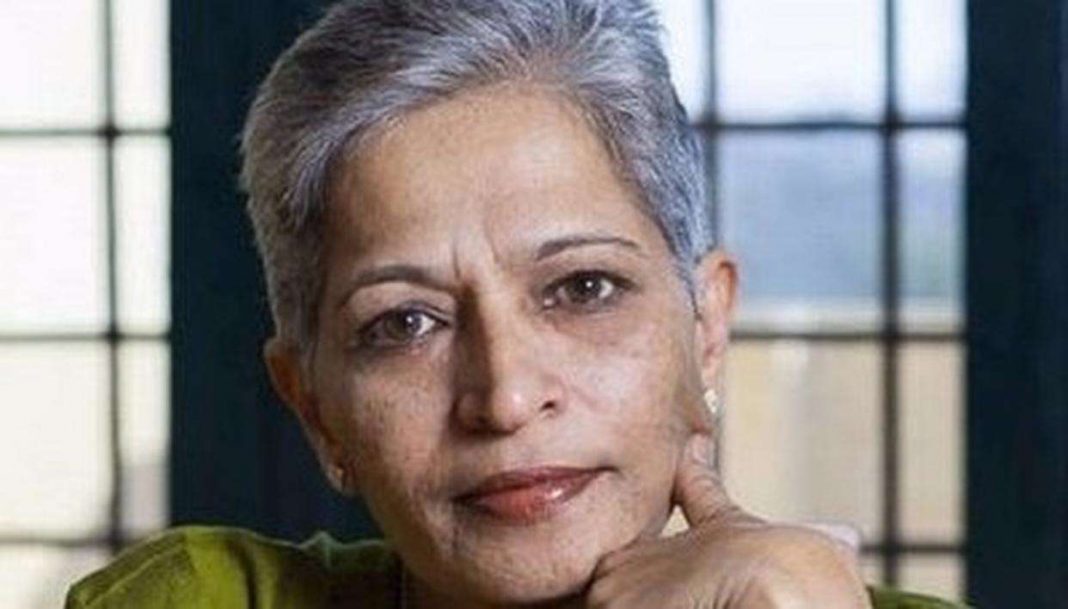 A day after claiming that Gauri had no personal enemies, Indrajit says she was getting hate mails from Naxals, their sister Kavita refutes the claim

A day after he told media persons that his sister, slain senior journalist Gauri Lankesh, had “no personal enemy but only ideological enemies”, Indrajit Lankesh, on Thursday, claimed that naxalites could be behind the murder – something that was immediately refuted by their sister, Kavita.

The comments by Indrajit – who also claimed that the police are probing the possibility of a naxal-hand in Gauri’s murder – seem to have divided the already grief-stricken family. Kavita, also a filmmaker and who lived with Gauri and their mother at the Rajarajeshwari Nagar residence in Bengaluru where the murder took place on Tuesday night, said Indrajit “had no clue about her (Gauri’s) life… she lived with us.”

Those who have known Gauri well – many of them journalists and her former colleagues – have been shocked at Indrajit’s sudden and inexplicable change of stand.

Gauri Lankesh brother tells me yday: no threats ever received; now claims Gauri was threatened by Naxals! What changed in 24 hours?

That Indrajit and Gauri had major ideological differences was well known among the former’s friends. A close friend of Gauri pointed out on condition of anonymity, “When their father, journalist, academician, poet and filmmaker P Lankesh passed away in 2000, Gauri wanted to discontinue the publication of his tabloid – Lankesh Patrike because she thought that the family could never match up to the standards set by her father. However, Indrajit decided to continue with the tabloid forcing Gauri ro establish her independent tabloid titled Gauri Lankesh Patrike a few years later.”

In later years, while Gauri’s views against the BJP, RSS, right-wing fundamentalist organisations and communalism became increasingly acrid, Indrajit moved closer to the BJP. As recent as in July 2017, Indrajit had indicated to reporters in Bengaluru that he was set to join the BJP – a party Gauri detested – and praised Prime Minister Narendra Modi – a leader Gauri held utter contempt for.

It was thus not surprising that when BJP leaders like Union minister and Bengaluru MP Ananth Kumar decided to demand that Gauri’s murder be probed by the Central Bureau of Investigation (CBI) as he had no faith in the Bengaluru police, Indrajit too backed the demand. Their sister, Kavita, was however maintained that “I don’t care who investigates the case as long as my sister’s killers are caught and brought to justice”.

On Thursday, as Indrajit added another dimension to Gauri’s murder by speculating it to be the handiwork of naxalites, Kavita was predictably livid.

Indrajit claimed: “Gauri succeeded in bringing a couple of people from naxalism into the mainstream. For that, she was getting some hate mails, hate letters… this is an angle that the police are working on.” He added that Gauri’s success in bringing Sirimane Nagaraj, a prominent Naxalite leader, into the mainstream might have irked the Naxals.

Kavita retorted saying: “He (Indrajit) has no clue about Naxals. Gauri worked for the Naxals for years and against the Sangh Parivar. I am not sure why my brother is speaking what he is speaking. He had no clue about her life.”

In 2005, both Gauri and Indrajit had filed police complaints against each other. Indrajit, who was the proprietor and publisher of Lankesh Patrike, was against Gauri’s pro-Naxalite stand. Indrajit had registered a police complaint about a computer, printer and scanner which had gone missing from the publication’s office. Gauri Lankesh, on her part, filed a counter complaint and alleged that Indrajit had threatened her with a revolver.

One does not know whether their rocky past was now determining Indrajit’s statements on the possible motive behind his sister’s gruesome murder.

Meanwhile, trading of barbs has continued between the Opposition and the BJP over the murder. Congress vice president Rahul Gandhi accused the BJP of silencing dissent saying it was part of “their” ideology. “Anyone who speaks against BJP is silenced. People say that the prime minister is quiet and he has not said anything. The point is the entire ideology is to silence voices,” Rahul said. 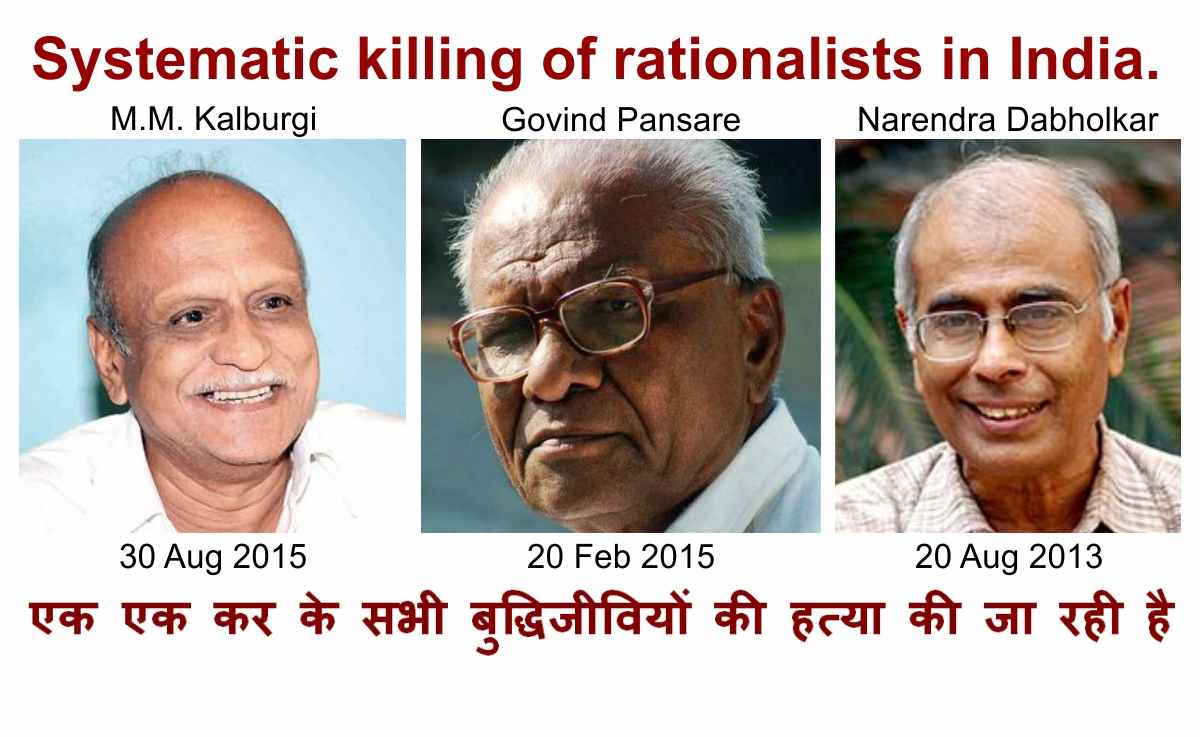 The CPM too has maintained that Gauri’s murder follows a familiar pattern earlier witnessed with the murders of rationalists and fierce opponents of the BJP like Narendra Dhabolkar, Govind Pansare and MM Kalburgi. All of them, like Gauri, were murdered by bike-borne assailants using a country made revolver and all of them had been opposed to right-wing fundamentalism.

Karnataka chief minister Siddaramaiah, who has already ordered setting up of a Special Investigation Team (SIT) of the state police under an Inspector General level officer with the task of expeditiously solving the blind murder, has said that he has an “open mind” on referring the probe to the CBI and would do so if Gauri’s family members ask for a probe from the central agency.

The Karnataka police which has retrieved a low-resolution footage from the two CCTV cameras outside Gauri’s house said that the footage shows the killer wearing a black helmet approaching Gauri as she walked to the gate of her house to unlock it and then opening fire at her. The police are currently collecting footage from all CCTV cameras along the stretch between Basavanagudi, from where Gauri left, and Rajarajeshwari Nagar, before she was shot dead.