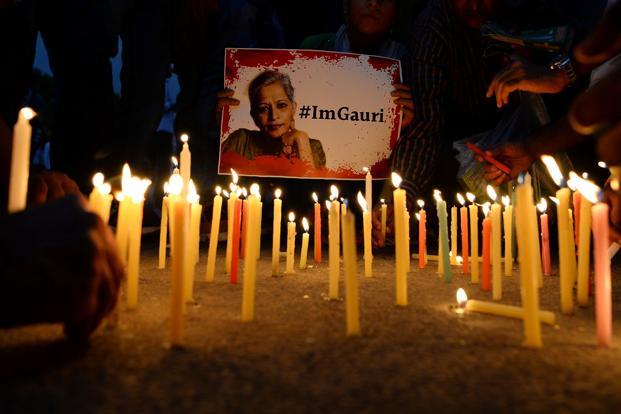 A group of independent human rights experts have called on the Government of India to create a safer environment for independent voices in the wake of the recent murder of senior Indian journalist and human rights defender Gauri Lankesh in Bengaluru earlier this month.

“The Indian authorities should unequivocally condemn the killing of Gauri Lankesh, investigate it, bring all the perpetrators – including the masterminds – to account, and take seriously the safety of journalists,” said the Special Rapporteurs on freedom of opinion and expression, David Kaye, on summary or arbitrary executions, Agnes Callamard, and on the situation of human rights defender, Michel Forst.

They called the murder of Lankesh, who was shot dead outside of her Rajarajeshwari Nagar home in Bengaluru on September 5, a “terrible and painful tragedy” and a “vicious attack” on the freedom of the press.

“We urge the authorities in India to take active steps to reverse a political climate that in recent years have become increasingly polarized and hostile, especially to the media and those exercising the freedom of expression,” the Special Rapporteurs said, adding that they are in contact with the Government regarding the situation.

According to the Office of the High Commissioner for Human Rights (OHCHR), Gauri Lankesh was known as a “rationalist,” a term used in India for people who stand against the use of religion in politics.

OHCHR confirmed that her killing is the fourth in the last three years of activists who had opposed the rise of Hindu fundamentalism in politics.

“Governments have a responsibility to build a safe environment for independent voices, including those of journalists critical of the authorities,” they said.

UN Special Rapporteurs and independent experts are appointed by the Geneva-based Human Rights Council to examine and report on a specific human rights theme or a country situation. The positions are honorary and the experts are not UN staff, nor are they paid for their work.