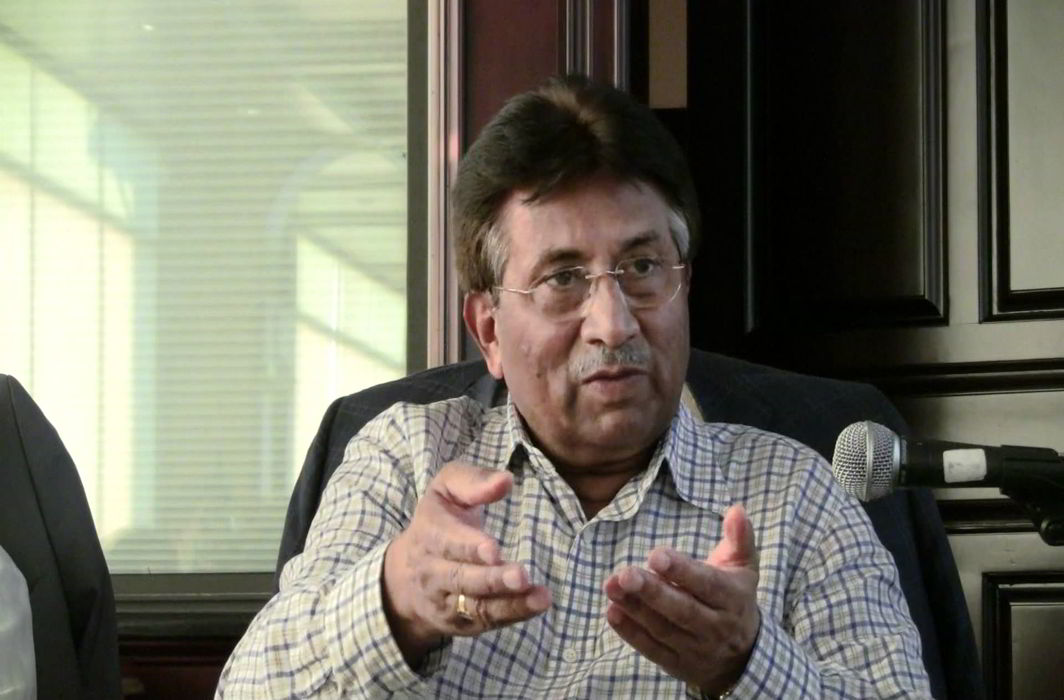 Pakistan’s former President Gen Pervez Musharraf has claimed of beginning work for resolving Kashmir issue with a “big initiative” along with like-minded people from India, Pakistan and both sides of Kashmir who will go to UN and reach to the governments in both the countries.

Responding to questions during an exclusive interview with Arab News at his Dubai residence, Gen Musharraf said, “I’ve started working for the cause by taking a big initiative on the resolution of the Kashmir issue.”  Pakistan’s leading newspaper Dawn carried the story on Wednesday.

“I and other like-minded people have formed a group that consists of popular and prominent people from Pakis­tan, India and both sides of Kashmir. We’ll go to the UN, and the Indian and Pakistani governments,” he added.

He also expressed his confidence on present Narendra Modi government’s capability of resolving the vexed issue saying, “The Kashmir issue can be resolved, and I strongly believe that the present Indian government is capable of doing it because they represent the hard-liners.”

He clarified on why Pakistan should capitalise the opportunity saying, “In this multi-polar world, all three leading superpowers have strategic interests in Pakistan. We must use this interest in our own favour. For example…Gwadar provides China with access to the Indian Ocean,” he said.

“In today’s world, geo-economics will determine geopolitics and geo-strategies. CPEC gives us an excellent opportunity to use our strategic location to our favour,” he added.

The 74 year old former army chief lives with his mother and wife in Dubai and still displays his tough attitude on certain issues. Musharraf runs All Pakistan Muslim League (APML) while he is facing several court proceedings in the country.

Meanwhile, Gen Musharraf criticised Islamabad for not supporting Saudi Arabia led quartet’s move against Qatar. “I’m shocked at how the Pakistan government dealt with the Qatar crisis. Qatar was never with Pakistan, and we witnessed this many a time,” he said.

On June 5, Saudi Arabia, UAE, Bahrain and Egypt had suddenly broken diplomatic, air, sea and road ties with Qatar for it alleged support to terrorism and maintaining friendly ties with Iran.

Gen Musharraf  asserted that Saudi Arabia and the UAE “have always been Pakistan’s great friends. We must never do anything that’s against either country — both have always stood by us, and we must value their friendship”, he suggested.