Home Latest india news Get Amit Shah to testify for you by Tuesday: Court to Gujarat... 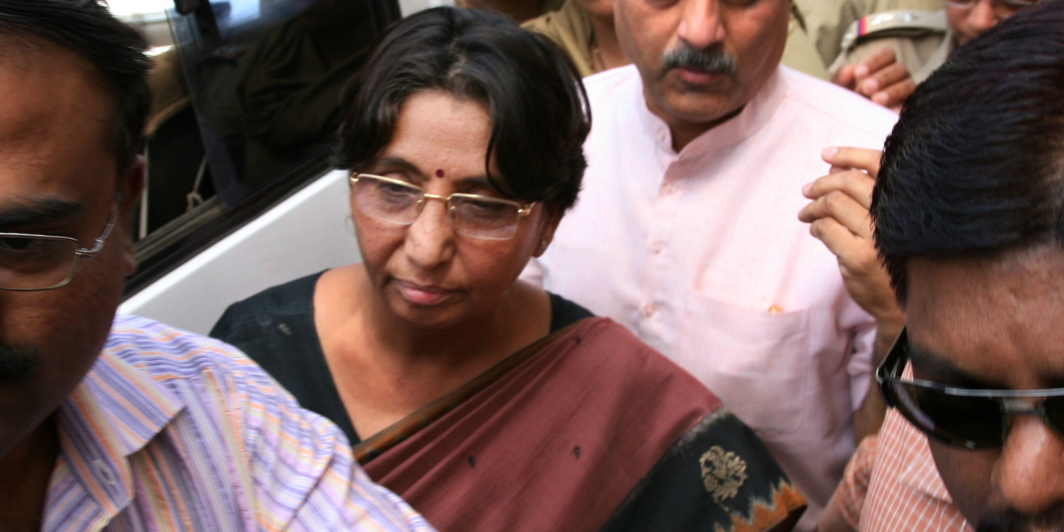 Former minister in the Narendra Modi-led Gujarat government in 2002, Kodnani claims she doesn’t know the address on which to send summons for Shah

In a development that might trigger some inadvertent laughs, a special court in Gujarat’s Gandhinagar has given BJP leader and 2002 post-Godhra riots convict Maya Kodnani till Tuesday to ensure that BJP national president Amit Shah testifies in her defence.

Kodnani, along with Shah, was a BJP legislator in Gujarat when the post-Godhra pogrom of 2002 claimed hundreds of lives – mostly of Muslims. Soon after the riots, Narendra Modi – who was then the chief minister of Gujarat – had inducted Kodnani into his cabinet as the minister for women and child development. Shah, who has been acquitted on charges of his involvement in the riots, had also been inducted into the Gujarat cabinet as minister of state for home.

The current case, being heard by the special trial court of judge PB Desai, pertains to her role in the Naroda Gram massacre that occurred on February 28, 2002 in which 11 Muslims were hacked to death by rioters, allegedly in the presence of Kodnani, who according to prosecution witnesses was instigating the mobs to kill and even distributing swords to them. There are 82 other accused in this case. Last month, the Supreme Court issued an order to the special trial court to wrap up the hearing in the Naroda Gam case within four months.

Kodnani has already been convicted (in 2012) and sentenced to 28 years in prison for her active role in instigating the Naroda Patiya riots. She was held as the “kingpin” of the riots. Kodnani and 31 other convicts in the Naroda Patiya riots case have challenged the verdict in the Gujarat High Court which concluded its hearing on August 30 and has reserved the verdict.

Earlier this week, Kodnani had sought time from the special trial court till September 12 to “contact” Shah and serve him the summons to appear as her defence witness in the Naroda Gram case. However, the court had granted her time till today (September 8).

On Friday, having failed to get the BJP national president to testify in her defence, Kodnani asked the court for 10 more days, claiming in her application to the court that since Shah is not “reachable” due to his busy schedule, “it is difficult to decide as to which address the summons be served to him”. The court told Kodnani that she has till Tuesday to get Shah to court and testify in her favour.

The court said that the summons must be served to Shah by Monday (September 11) and ordered that she should get him to depose before the court the very next day. Amit Shah’s testimony in her defence is the last hope that Kodnani has in her effort to secure her acquittal in the Naroda Gram case.

Kodnani had sought examination of 14 people as defence witnesses to prove her alibi in the Naroda Gram case. While 13 of these witnesses have made their deposition, Shah has not come to Kodnani’s defence as yet. Twelve people, including her husband Surendra Kodnani, former deputy mayor and BJP corporator Dinesh Makwana and former BJP MLA Amrish Govindbhai Patel, have testified in her favour.

The most high-profile BJP leader to have been convicted in a post-Godhra riots case, Kodnani had claimed that on February 28, 2002, the day riots broke out in Naroda Gam, she was not at the scene of the crime but with Amit Shah – first at the Gujarat assembly and then at her own hospital at the time that the prosecution witnesses say they saw her. This claim by Kodnani is her biggest alibi but only if Shah testifies to her claims before the court.