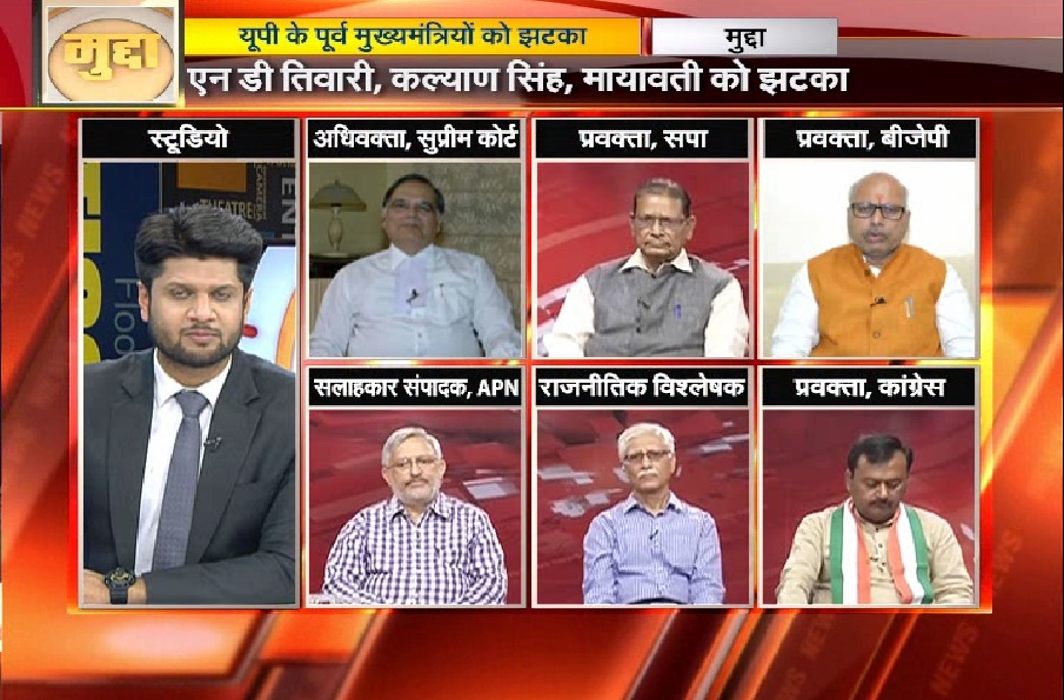 Mudda panellists feel that by its order on evicting ex-CMs from state residences in UP, the Supreme Court has tried to ensure equilibrium in democracy, and that politicians should not try to circumvent order through Acts

Chandra said: “It looks like the former chief ministers will try to do their best to somehow retain their bungalows.”

Raju said: “At least the Supreme Court has tried to ensure some balance in society, though the senior politicians may get together to find a way out of this. Mayawati’s high spending for her bungalows had been in the news in the past. There have been instances of ex-CMs having spent nearly Rs 100 crore in refurbishing their bungalows. Former CM Akhilesh Yadav had been visibly annoyed once when questioned about this. The Supreme Court is right in saying that the former CMs become aam aadmi when they leave office.”

Shrivastava said: “Though the BJP fully respects the Supreme Court, the party will try to understand the order in detail before commenting.”

Rajput said: “The Congress welcomes the Supreme Court order. The ball is in the BJP court, and it should come clear on its stand now.”

Singh said: ”The BJP should do what it deems right. All parties should respect the Supreme Court order. But the lawmakers also have to take a stand on this.”

Raju said: “The Uttarakhand High Court had also given such a verdict and ex-CMs like ND Tiwari had then vacated their bungalows. But in UP, former CMs Mayawati and Akhilesh Yadav have tried to introduce Acts to retain their bungalows. This goes against the spirit of democracy. The aam aadmi’s money has been squandered by politicians in refurbishing chief ministerial bungalows. This is not right.”

Singh said: “It is the call of whosoever occupies the bungalow to refurbish it or not. This should not be seen as squandering of the common man’s money. “

Anant wanted to know why the CMs can’t take out their personal funds for refurbishing their bungalows.

Rajput said: “Instead of giving bungalows to ex-CMs, they can be given apartments in highrises which will help to save precious real estate as well.”