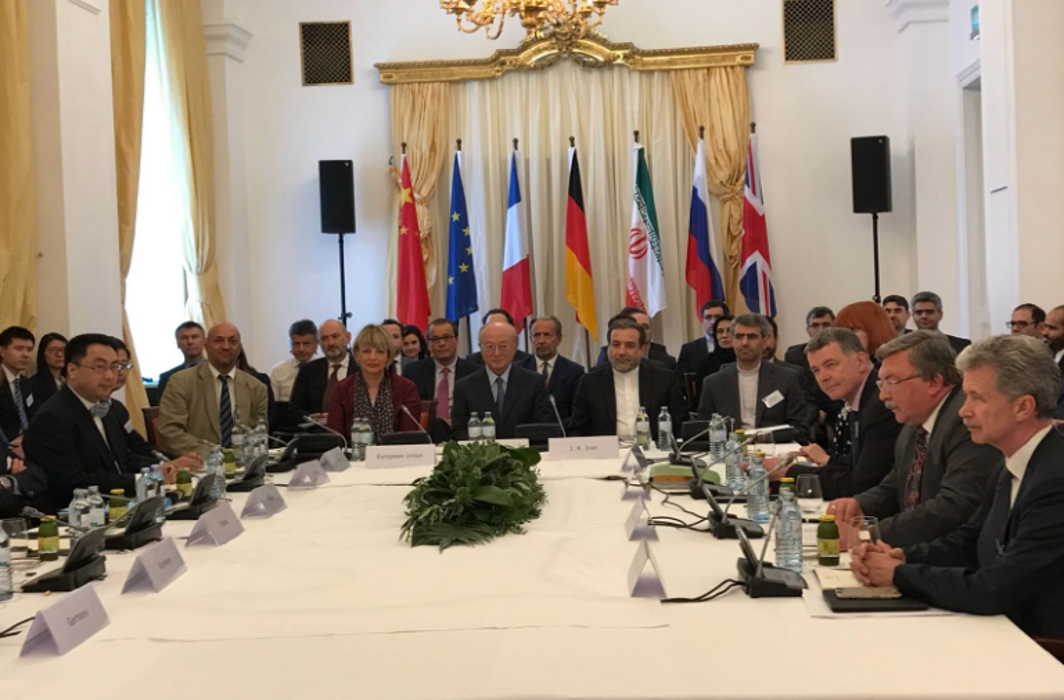 The remaining signatories of the multilateral Iran nuclear deal known as JCPOA have regretted over unilateral exit of US from the deal and reiterated their support to Iran’s demands of normalization of economic cooperation with Tehran to what they call as essential for surviving the deal.

Saturday was the second round of negotiations of the JCPOA joint commission in Vienna which was held at the request of Iran following US withdrawal from the multilateral deal.

According to Iran’s official IRNA news agency, the main topics of today’s talks included the exploring consequences of US exit from the JCPOA and the approaches to salvaging the deal.

Iran’s Deputy Foreign Minister Abbas Araqchi who headed his country’s delegation told reporters at the end of the meeting that the negotiations were positive and all the remaining members of the JCPOA unanimously announced they will continue to fulfill their commitments under the deal.

They underlined their commitments to hold intensive talks with Iran and are trying to achieve practical ways for meeting Iran’s demands in various fields such as energy, oil, investment and trade, insurance and banking, Araqchi said.

Participants were resolute and united regarding the JCPOA, he said, noting that they all stressed that they favor the JCPOA and meeting Iran’s demands, Araqchi said.

Except US, all participants of the JCPOA gathered at Vienna on Friday in a bid to save the landmark pact following the US unilateral decision of withdrawing from the multilateral deal and re-impose sanctions on Tehran. Delegates from china, Russia, France, Britain, Germany and the European Union participated in the meeting.

On Friday, before going for the meeting, Iranian deputy foreign minister Abbas Araqchi told reporters in Vienna that Tehran was negotiating with the other signatories “to see if they can provide us with a package which can give Iran the benefits of sanctions lifting. The next step is to find guarantees for that package,” he said, adding that Iran needed specifics on how that would happen by the end of May.

Yukia Amano, the Director General of the International Atomic Energy Agency (IAEA)  also joined the meeting at the request of Joint Commission of JCPOA. During the meeting he reiterated that 11 reports of the agency have so far verified Iran’s compliance with the deal, Araqchi said.

Araqchi said that during Amano’s presence in the meeting all members reaffirmed their commitment to the deal and appreciated the agency’s professional work.

Araqchi further noted that negotiations will continue at all levels next weeks. Of course the priority is with expert level in a bid to work out a clear image regarding the future of the path. He said he was more confident about preserving the JCPOA.

US administration has not only withdrawn from the deal but has promised to impose “the strongest sanctions in history” on Tehran.  Washington has threatened to punish companies that trade with Iran.  Some Western companies have already quit Iran or said they may have to leave because of the new US sanctions.

For Iran to stay with JCPOA, Araqchi said “specific mechanism and practical solutions” were required to convince companies to continue doing business with Tehran and address its concern over its oil exports and banking transaction flows.

Recently Iran’s supreme leader Seyyed Ali Khamenei has said that European powers must protect Iranian oil sales from US pressure and continue buying Iranian crude, and must promise they would not seek new negotiations on Iran’s missile programe and regional activities.

In another development International Christine Lagarde, the Managing Director of Monetary Fund (IMF), while addressing International Economic Forum at St. Petersburg, on Friday, has urged US President Donald Trump to review his policies regarding imposing sanctions on Iran and Syria.